I started my first job on the 2nd of January 1953.  I very much dreaded the upcoming exams at Commercial College (Höhere Wirtschaftsschule). This is why I was overjoyed when I managed to land a job. It gave me the opportunity to leave school without having to do any exams. I wrote about it in November 2009 and copy it here: 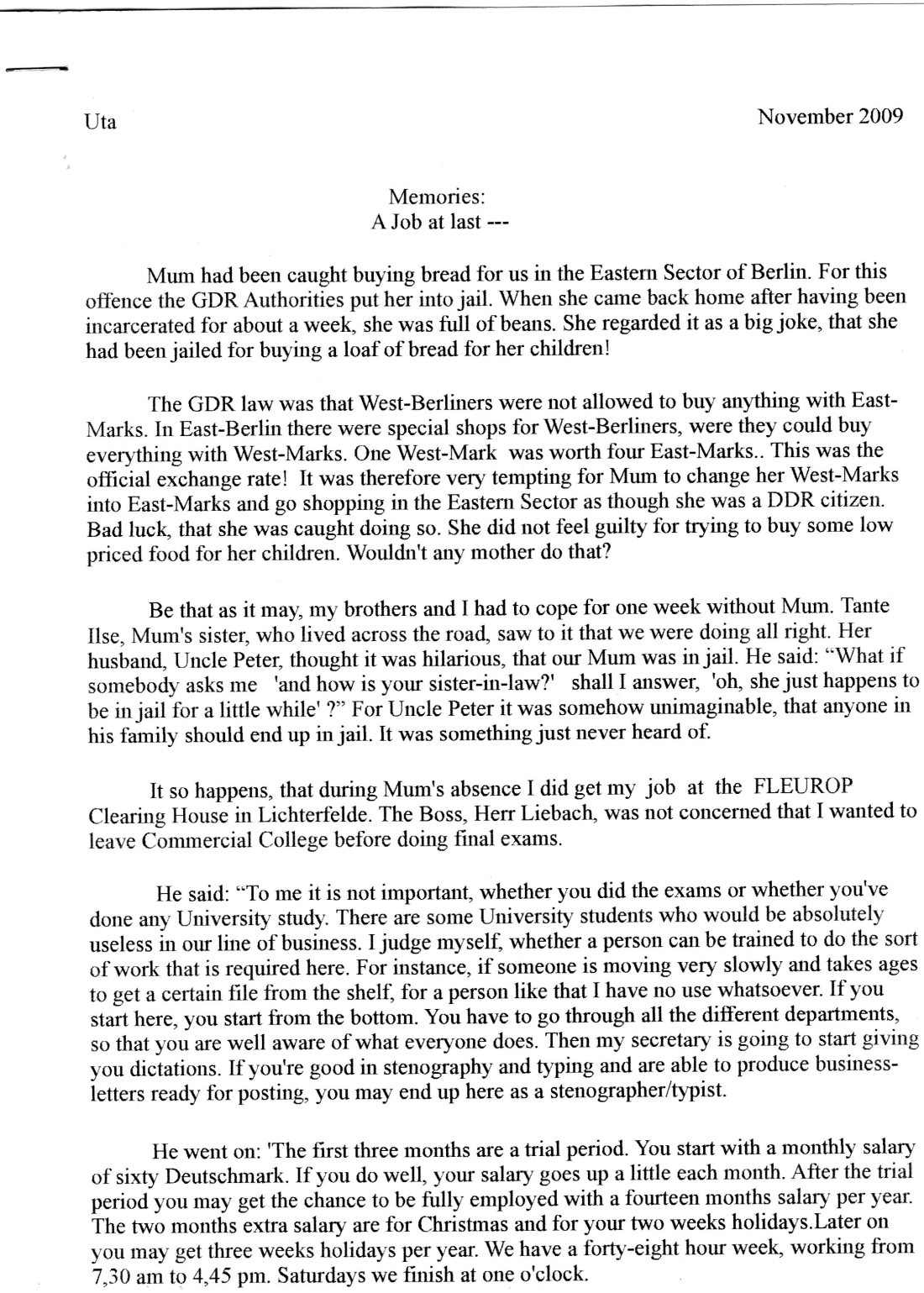 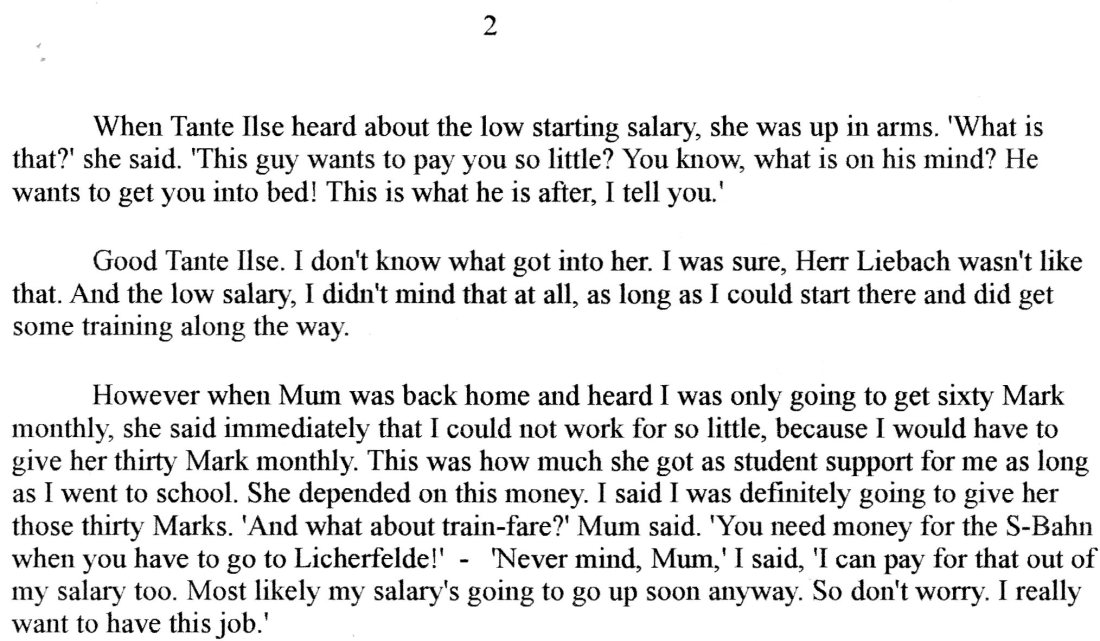 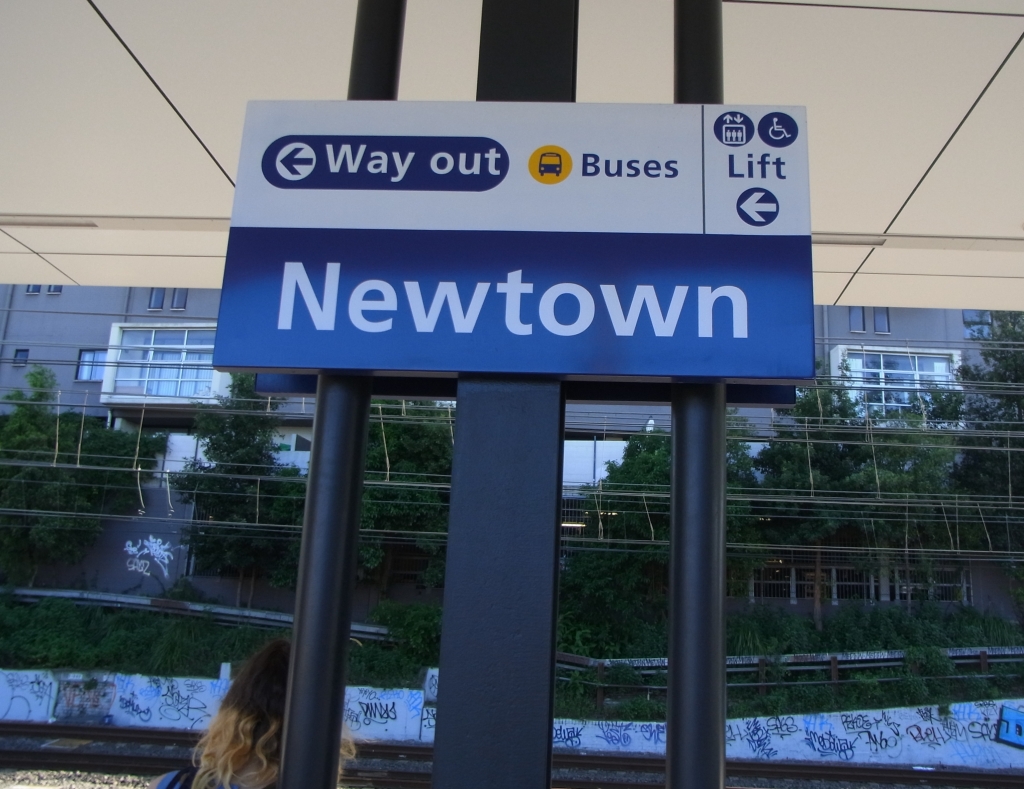 We had a twelve hour day yesterday: Leaving our home a bit before seven in the morning and returning a bit before seven at night. We actually caught the 7,15 train from Dapto, changed trains at Refern (one stop before Central). From Redfern we caught the Western Line train to Newtown. In Newtown is one of our favourite cinemas. Since we’ve been there last time the complex was enlarged. They have now ten cinemas within the building!

Arriving at Newtown Station, Peter straight away took a whole lot of pictures along the way to the DENDY Cinema. Onece at the DENDY we noticed the milkbar had already opened. So we took seats to have a cup of flat white. We also ordered some delicious fruit salad, which we shared.

The movie was a German movie called ‘Barbara’. It was in German with English subtitles. Only a handful of people watched it with us. We thought this movie was very well made. The main actors were really, really good. They were both medical doctors working in a hospital in the northern parts of Germany at the time of the German Democratic Republic (GDR). They had a very miserable life. Under what conditions people had to work in the GDR. is very truthfully and realistically brought to life in this movie. Peter said, he can’t understand how people can feel nostalgic about a place like this! Maybe a lot of people tend to remember the things that have been good in the GDR and choose to forget the constant harassing. This is why they don’t care to think about it how in those days they could very easily be deprived of their freedom, meaning you could end up in jail or be taken in for questioning again and again. You were not able to trust anyone, for everyone could be a spy who wanted to dob you in for offences against the state of the workers. 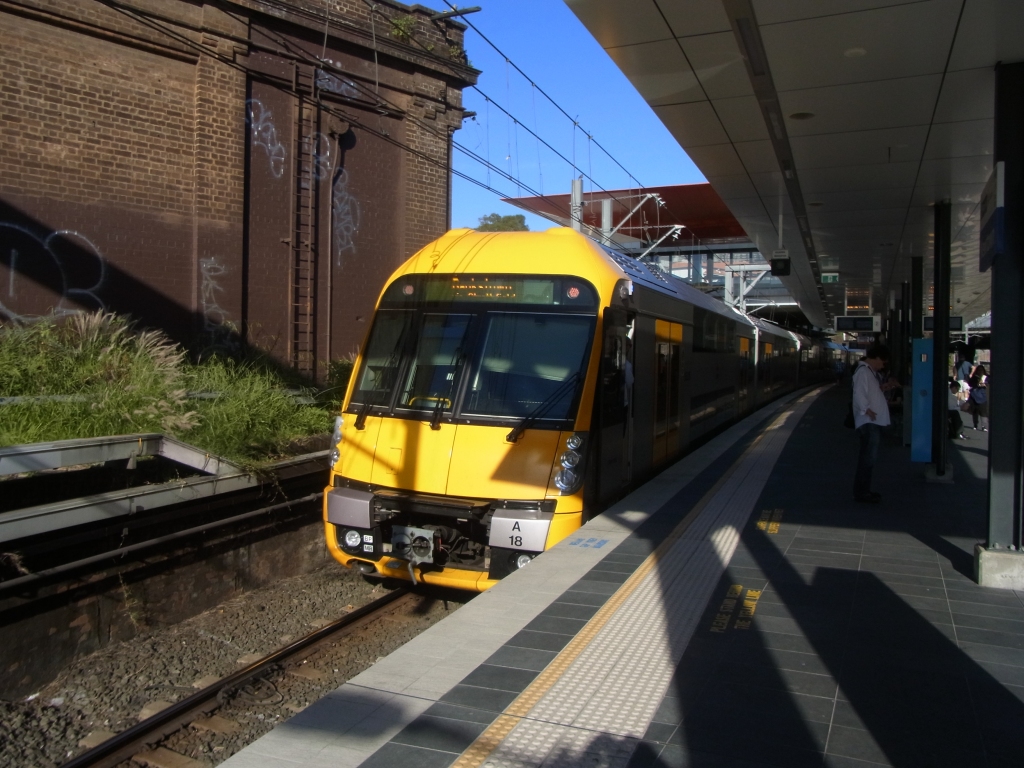 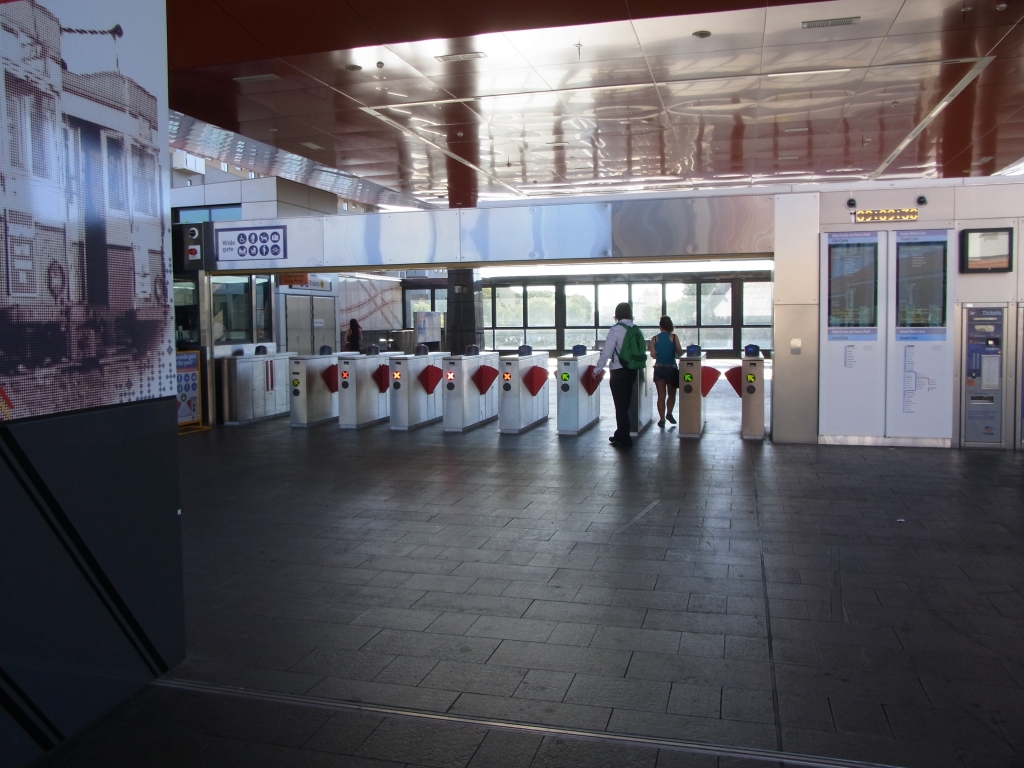 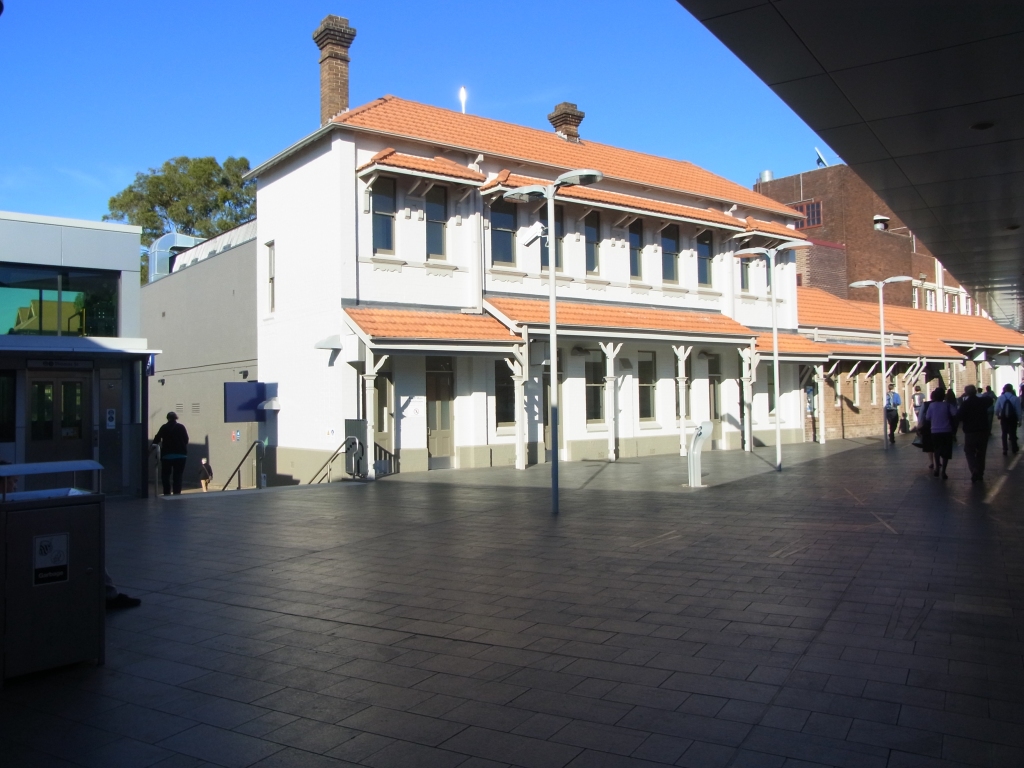 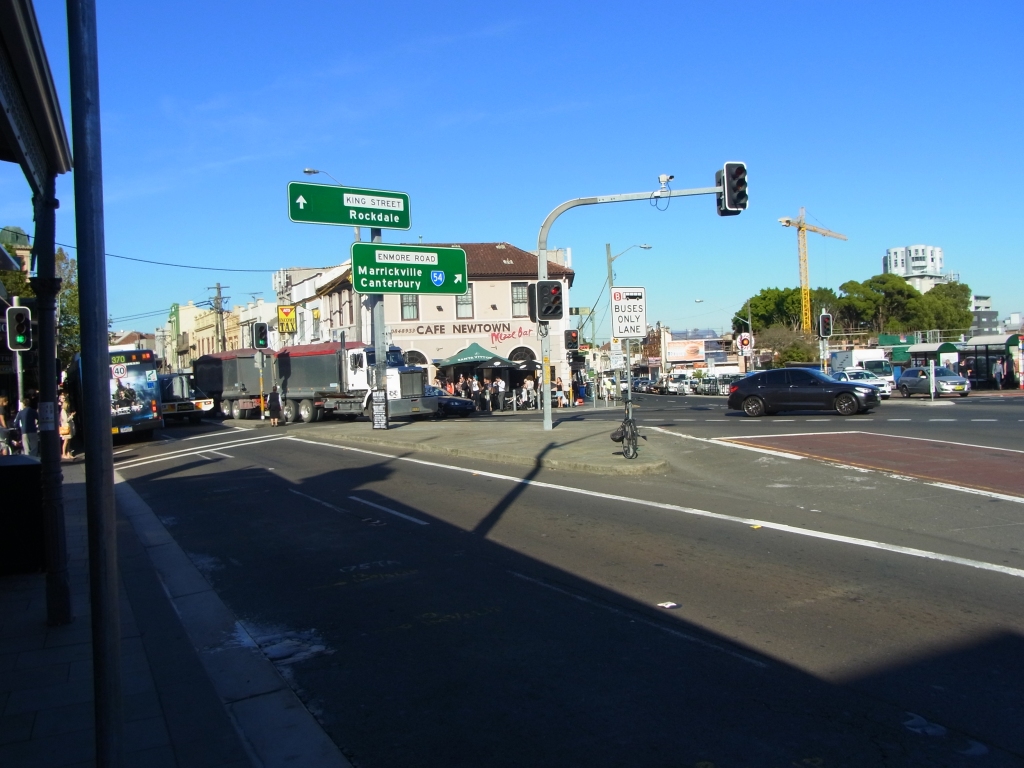 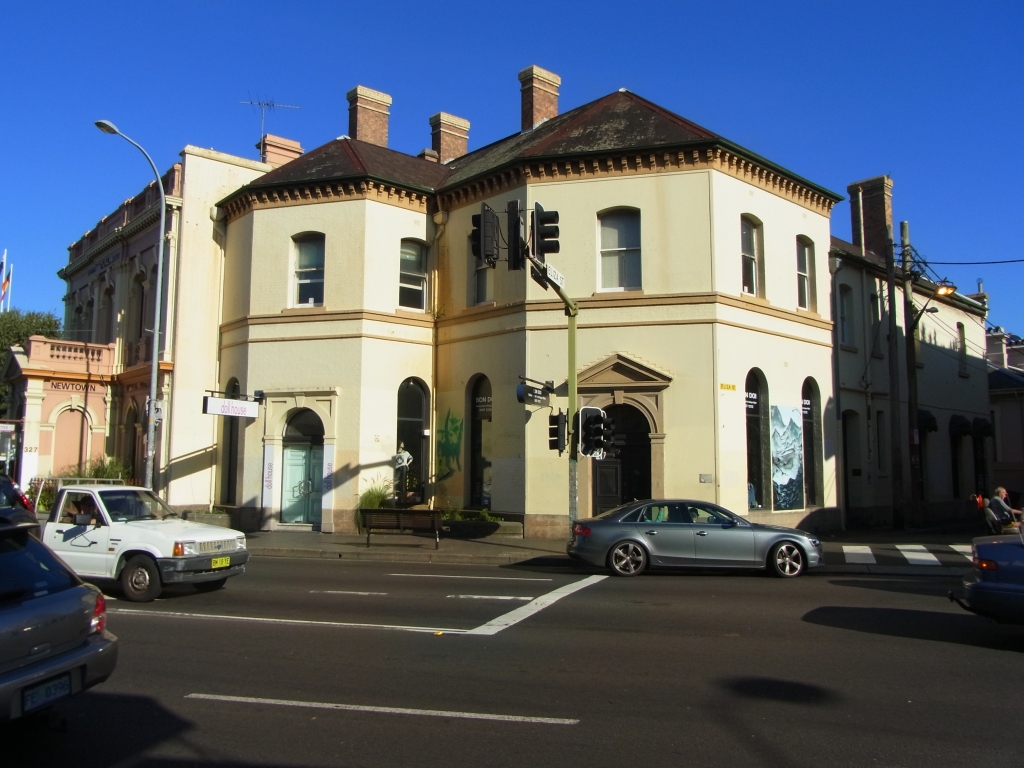 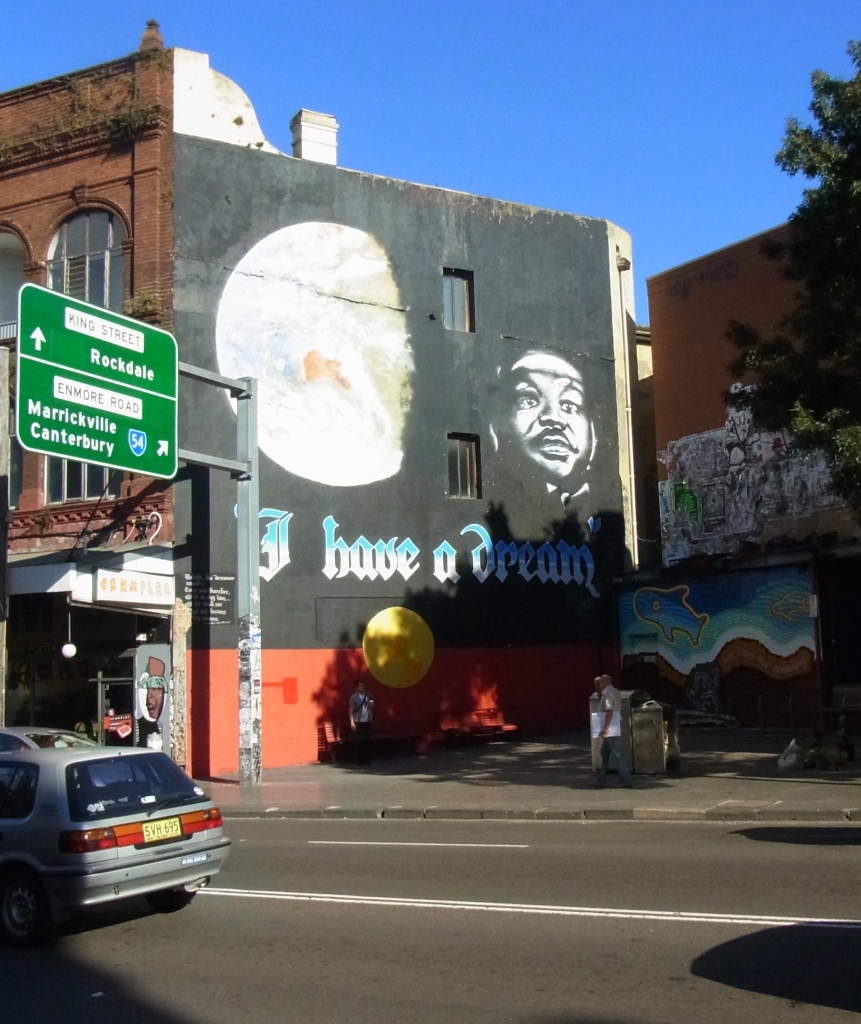 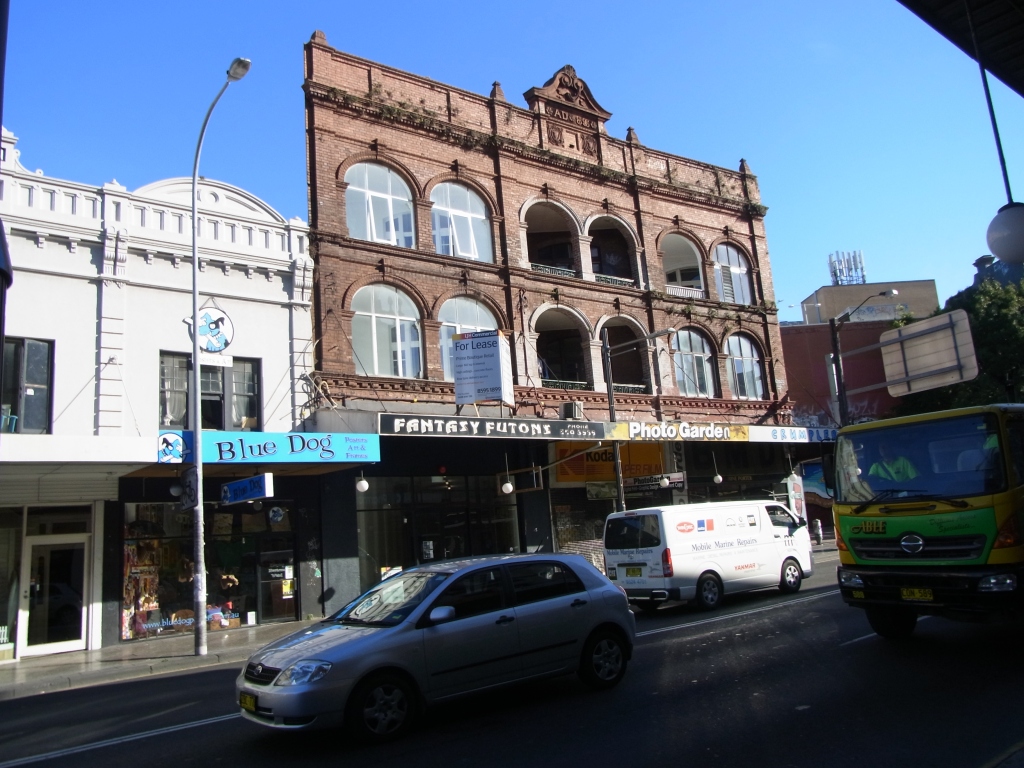 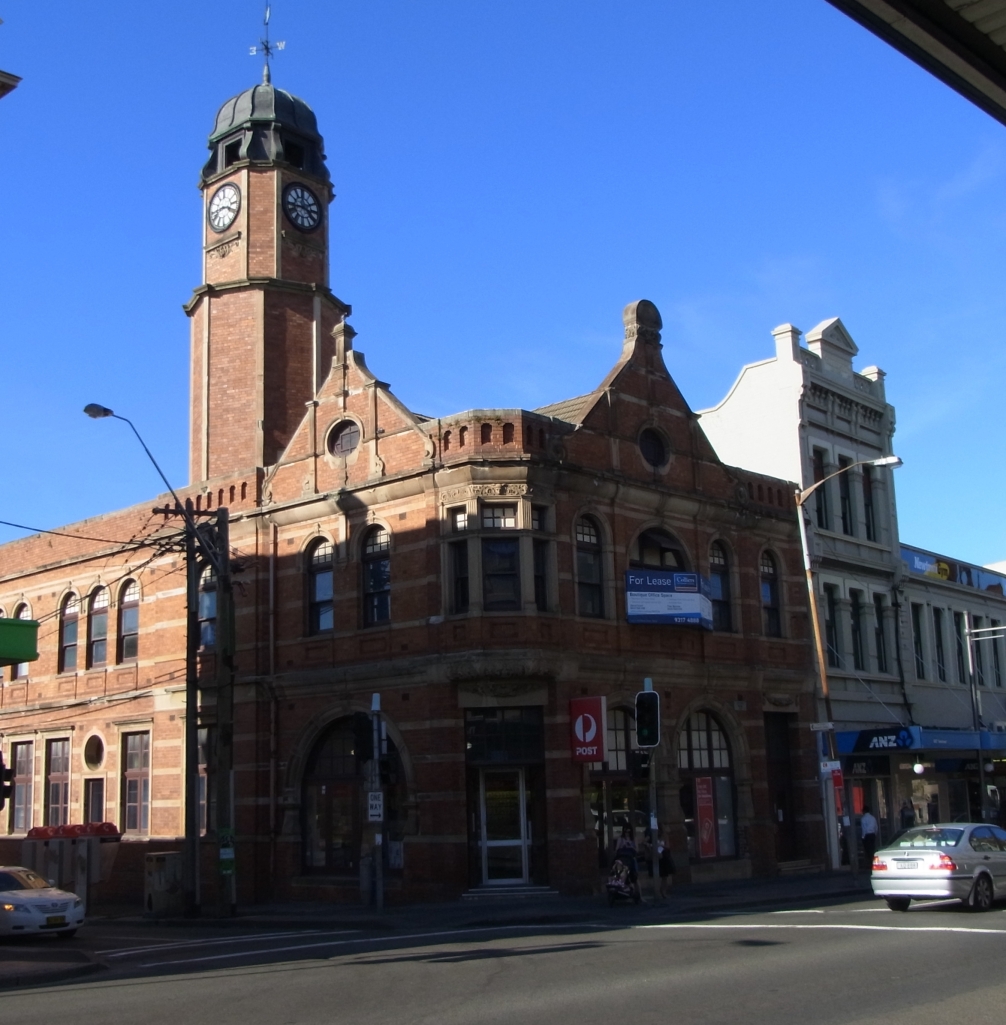 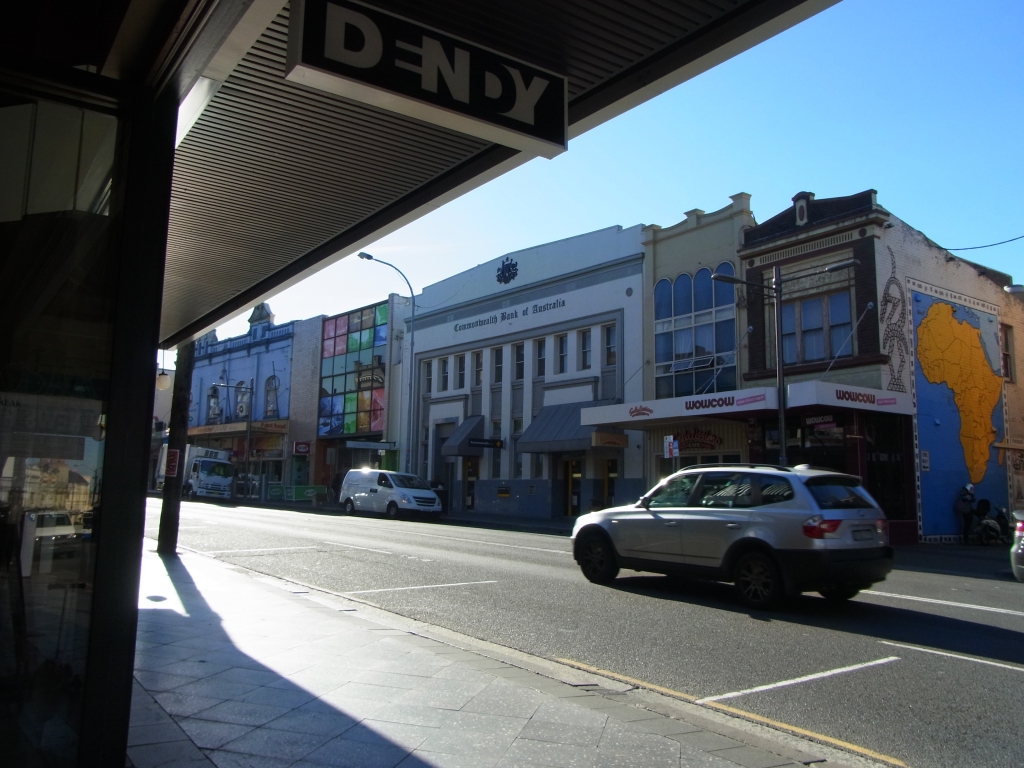 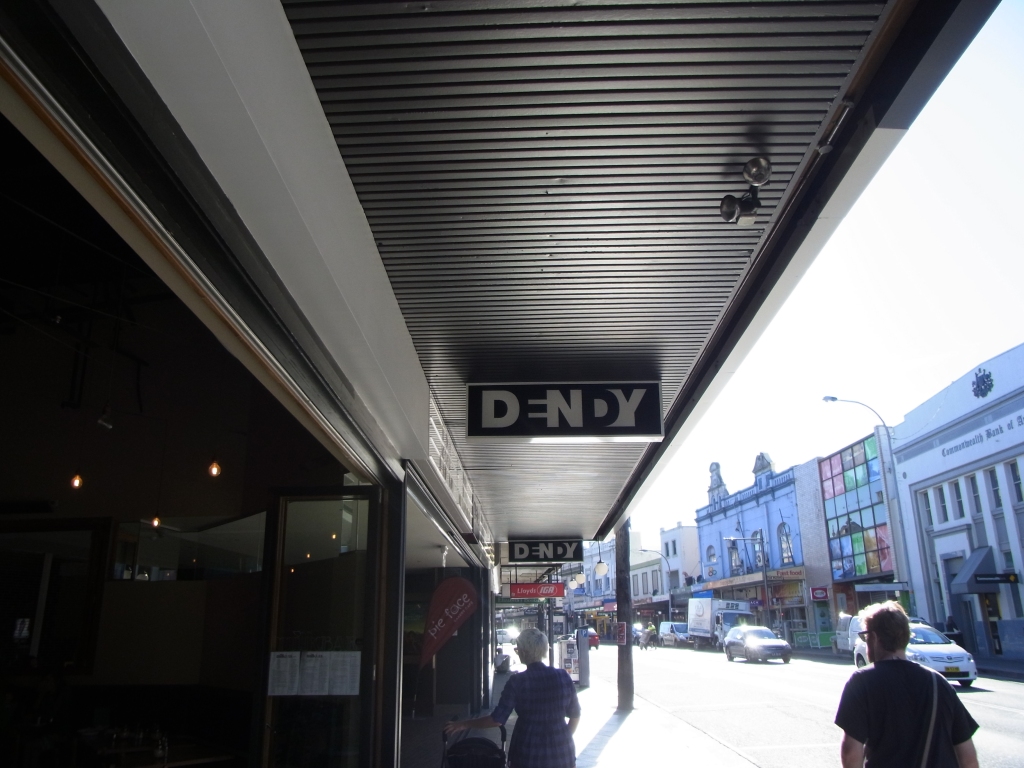 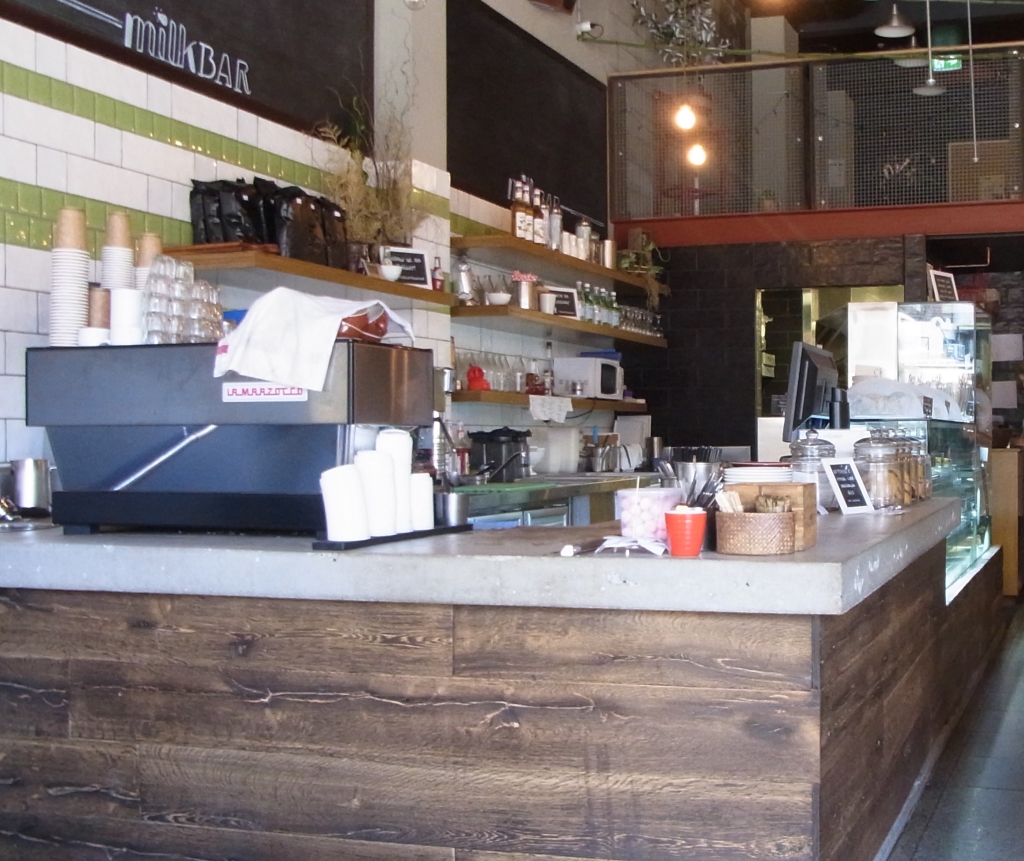 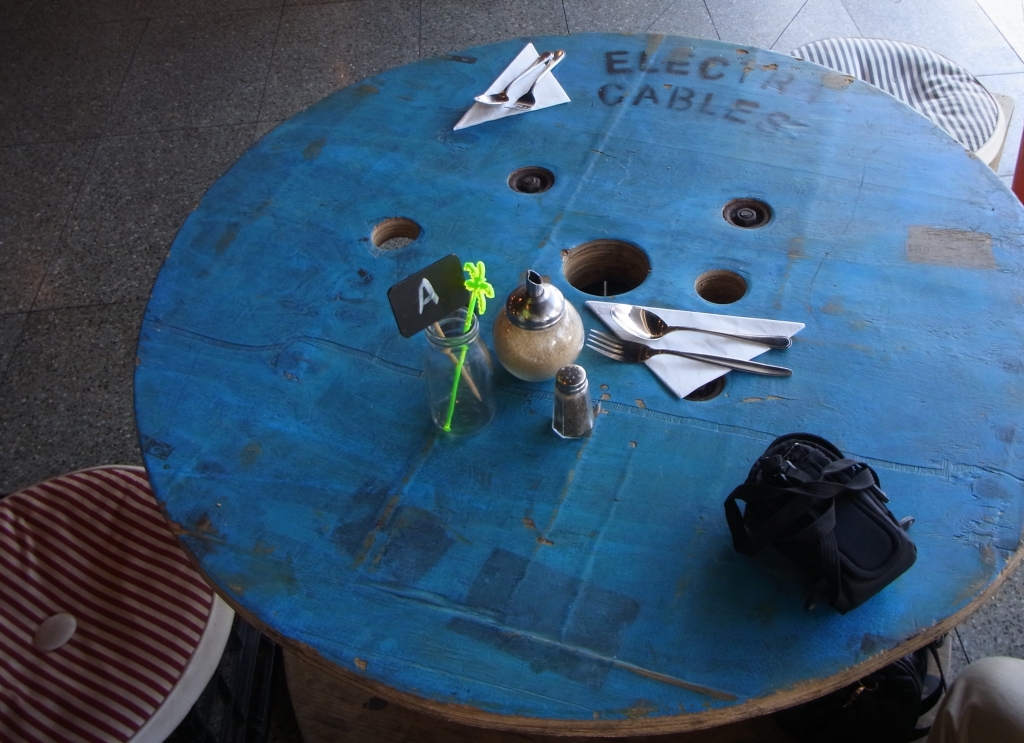 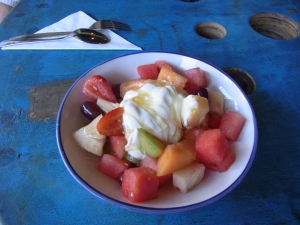 On the way back to the station we talked a lot about the movie we had just seen. We decided we’d go by train back to Redfern and from there catch a fast train to Parramatta. At Parramatta Station we had a quick lunch. We then took the free bus as far as the Ferry Station at Parramatta river. However we didn’t venture down to the wharf but went to the foot-bridge instead which lead us to the other side of the river.

According to the map which Peter had printed out, it would be only a short walk to where the Aged Care Facility was once we had crossed the river. It turned out to be another twenty minutes for me in the heat of the early afternoon. In the end I got quite stressed and hot. However we found the place we were looking for, no worries. It turned out to be a huge place with a lot of wards, similar to a hospital. David was in a two-bed room. His room-mate was outside somewhere. But David lay in bed. Apparently he lies in bed most of the time. He smokes only two cigs a day. A nurse takes him outside in a wheelchair for this.

David was quite happy to see us. A few of his things which we had found amongst all of Gaby’s stuff, we handed over to David. He kept everything in his room to look at it later. We told David we’d see him again around the time of this birthday. He said he was looking forward to see his brother Anthony and sister Ann soon.

On the way back to the station we noticed a crowd in front of a huge building. We don’t know whether it was a demonstration or a fire-drill. 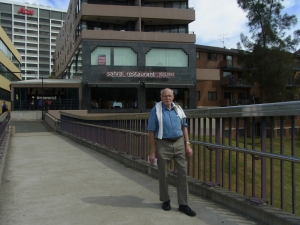 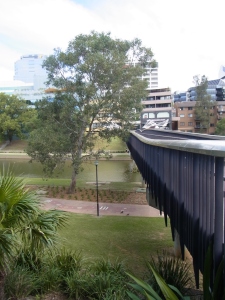 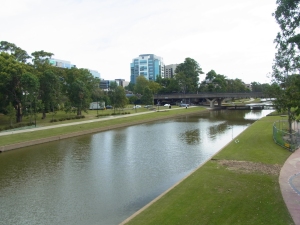 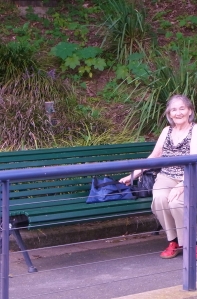 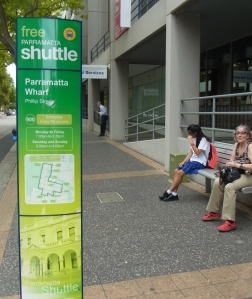 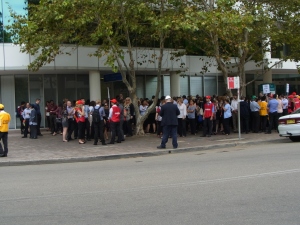 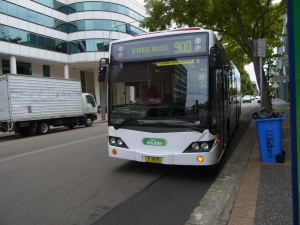 We could have gone down to the wharf to catch a ferry to the city and go from there back home by train. But it was getting a bit too late for this. So we just caught the free bus back to Parramatta Station and went home from there. We did the ferry trip quite a few times over the years. It’s lovely to travel to the city all the way on the water. Sure we’d like to do this again some other time. I’m sure there’s going to be another time.