I like this poem by Barbara Chaney. I did get Barbara’s  permission to publish it in my blog. Here it is:

From roots of loving trust you grew,

Firm bound to me by cord of flesh

My every breath linked me to you.

But stronger yet were cords of love,

Unseen, but springing from my heart

Not severed when the flesh was cut.

No blade can slice this bond apart.

I hold your tiny perfect form,

So small, so helpless, needing me.

I marvelled at the miracle,

Can this be really mine? Look. See!

You were the stunning revelation

Of a mystery profound

It reaches back through mist of Time

No matter where your paths may lead

Or if you cause my heart to ache,

Or shun your roots. Remember this –

The cords of love you will not break.

In an article in the Sydney Morning Herald by Peter Hartcher

I found the following about Sharia law:

” . . . an international group of psychologists interviewed some 80 men who had fought with or lived under Daesh and published their conclusions last month in the journal Nature Human Behaviour.Daesh, they said, “has imbued a generation of young Sunni Arabs with a strict belief in Sharia law as the only way to govern society; and this is a value they are willing to fight and die for. They described strict Sharia as the only way to eliminate oppression and corruption, and many believe that ISIS’s foreign fighters truly fought for this.” Unless governments can show their people a better way to wipe out oppression and corruption, the appeal of Islamist extremism will live on.”

To my mind the key words were “oppression  and corruption”.  I googled these two words and ended up reading this article:

“Overcoming Oppression with Power” was the heading. It was interesting what was said about Nelson Mandela’s  strategies. Some very interesting, mind boggling details were mentioned. The article was written by Morton Deutsch.  Here is what it says about Morton Deutsch’s work in the field of conflict resolution.

“Morton Deutsch is one of the founding fathers of the field of conflict resolution, specializing in the psychology of conflict. Currently Professor Deutsch is the E.L. Thorndike Professor Emeritus of Psychology and Education at Teachers College, Columbia University. He founded and is still active in Columbia’s International Center for Cooperation and Conflict Resolution. He is the author of countless articles and books, including the 1973 Resolution of Conflict, which is still in use today.”

All this shows me that in academia people know so much about such subjects like “oppression and corruption” as well as conflict resolutions.

The “White Princess” was given to me recently. After replanting a lot of the flowers have opened now. I am very happy about this. We can see the plant through our dining room window or when we sit at an outside table. Today we have very mild weather in the mid twenties (Celsius). In the morning the outside table is in the shade. Peter and I were sitting there having a cup of lemon/ginger tea each and admiring this beautiful plant with the white flowers. After our morning tea break we got ready for a drive to Kiama. Peter took these photos from the spot where we had fish and chips as well as ice-cream for our lunch.

In a completely original analysis, prize-winning historian Alfred W. McCoy explores America’s rise as a world power—from the 1890s through the Cold War—and its bid to extend its hegemony deep into the twenty-first century through a fusion of cyberwar, space warfare, trade pacts, and military alliances. McCoy then analyzes the marquee instruments of US hegemony—covert intervention, client elites, psychological torture, and worldwide surveillance.

Peeling back layers of secrecy, McCoy exposes a military and economic battle for global domination fought in the shadows, largely unknown to those outside the highest rungs of power. Can the United States extend the “American Century” or will China guide the globe for the next hundred years? McCoy devotes his final chapter to these questions, boldly laying out a series of scenarios that could lead to the end of Washington’s world domination by 2030.

“Only a few days remain until the Australian government meets its self-imposed deadline and closes the prison that it created on Manus Island. On 31 October the imprisoned refugees are supposed to be transferred from the regional processing centre (RPC) to the small town of Lorengau. It is a place that reminds the refugees of violent attacks. . . . . ”

If you go to the above link, you’ll find that this is a very long and well written article by this Iranian refugee. The article has been

Melbourne and Sydney should prepare for 50-degree Celsius days

The new study, published in Geophysical Research Letters, a journal of the American Geophysical Union, assessed the potential magnitude of future extreme temperatures in Australia under Paris targets of an increase in global temperatures of 1.5 and 2 degrees Celsius (3 and 4 degrees Fahrenheit) above pre-industrial levels.

“Major Australian cities, such as Sydney and Melbourne, may experience unprecedented temperatures of 50 degrees Celsius under 2 degrees of global warming,” said Sophie Lewis, a climate researcher at the Australian National University in Canberra, Australia and lead author of the new study. “The increase in Australian summer temperatures indicates that other major cities should also be prepared for unprecedented future extreme heat. Our climate modeling has projected daily temperatures of up to 3.8 degrees Celsius [7 degrees Fahrenheit] above existing records in Victoria and New South Wales, despite the ambitious Paris efforts to curb warming.”…more

I hope, this is going to be the last part now. I think, our stay at BIG4 Nambucca Holiday Park I have pretty well covered by now, except for one outing, that is, we stopped one morning at Nambucca Heads Railway Station just to have a look. I assume it would have been on that day when we went to the Honey Place at Urunga:

When we stopped at that Honey Place, we were really on our way to Coffs Harbour. So we stopped at Nambucca Head Railway Station first.

We went around the station for quite a while. It was early morning. The station master was not there yet. His shift started a bit later. While we looked around taking some photos, time passed quickly. And before we started leaving the station master already appeared for his shift and Peter could talk to him. It has been a while since Peter worked at a station. During the conversation with the Nambucca Heads station master, Peter mentioned that he used to work at Albion Park Station. However, this was a long, long time ago. It really has been a long time that Peter retired from his job.

South of Nambucca Heads is Macksville Railway Station. We did not have a look at that one. But coming back from Coffs Harbour in the afternoon we went as far as Macksville. We had a pleasant stay there near the river and sat in a cafe having some tea.

Now to Coffs Harbour. I have no pictures of it, that is we stayed there only in a shopping centre for the toilet facilities and a bit of lunch. A lot of building work was going on in the centre of town. Somehow Peter never found his way out to the coastal areas. After lunch we turned straight back onto the Highway going back in a southerly direction until we ended up in Macksville where we liked it very much.

It is a pity we did not take time to see a bit more of Coffs Harbour. I am sure near the sea there are some beautiful spots as you can see here:

On Thursday, the 21st of September, we were on our way back home. We stopped at Taree for lunch.

Towards evening we arrived in Newcastle where we stayed at the Ibis Budget Hotel. Our granddaughter Lauren picked us up from our hotel to take us to a Pizza place for dinner. We were happy that we could  see our granddaughter for a bit who was enormously busy at the time preparing for a competition.

We left very early the next morning and had a very good run home. We arrived home on Friday, the 22nd, at around midday. That was really a very fast drive home!

On Sunday we had at the club a belated birthday lunch with some friends and also some family.

After lunch we enjoyed Coffee and cake and later on some wine.

few days later it was the 3rd Birthday of Alexander. 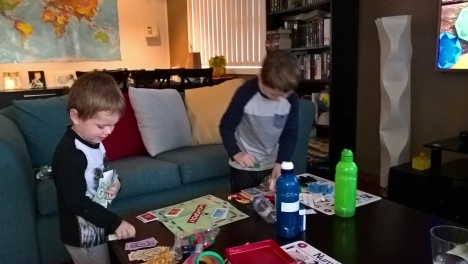 Here are some more pictures I took in the BIG4 Nambucca Beach Holiday Park. It is just the right sort of park for family holidays. 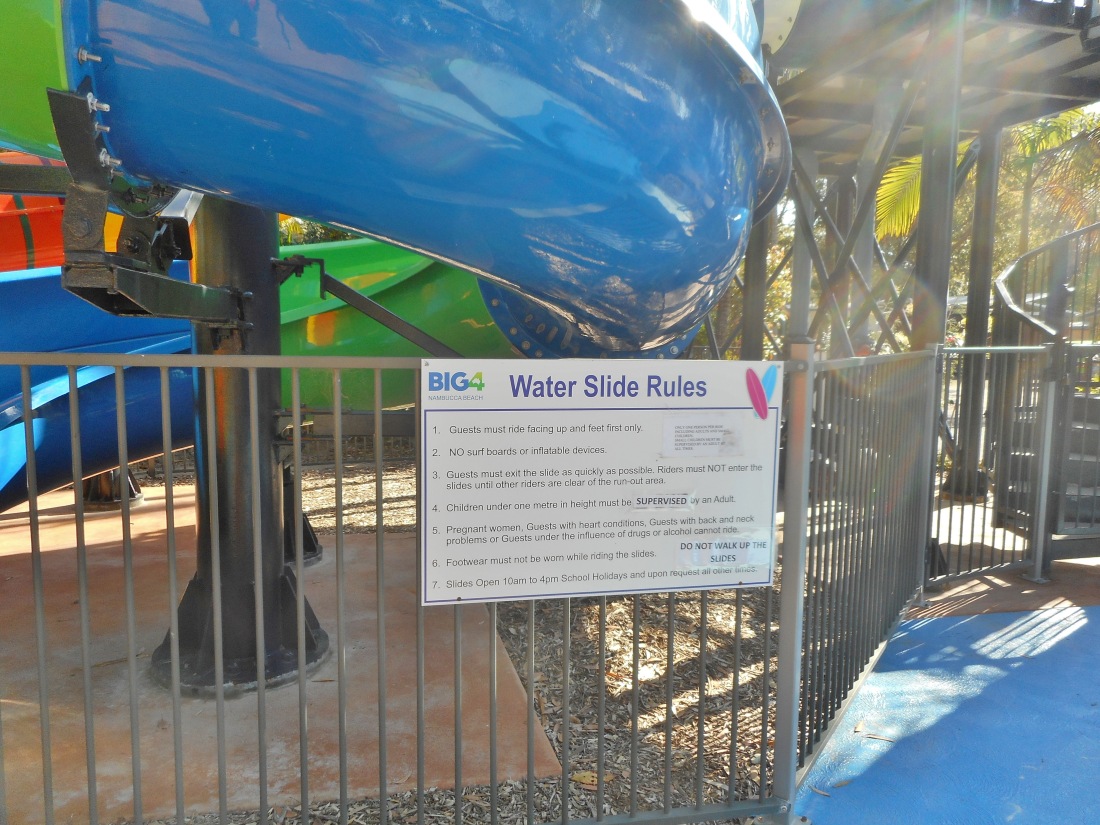 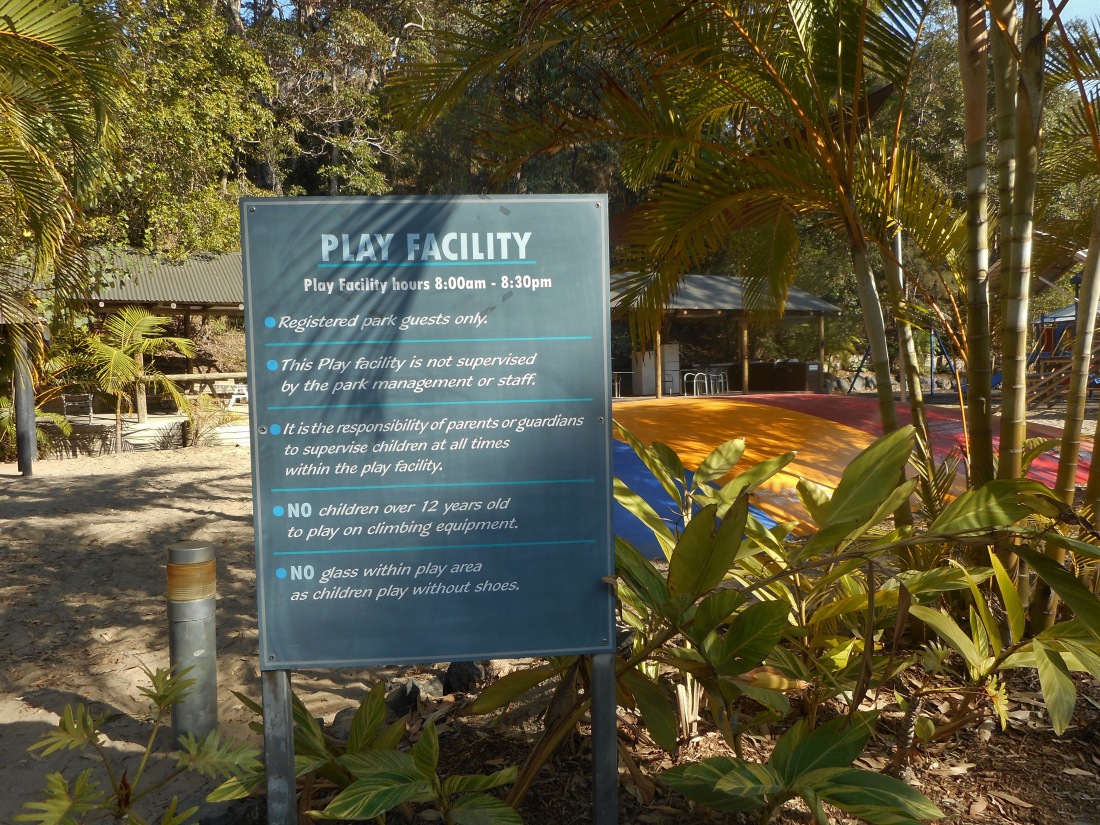 This is what I wrote about our long walk along the beach at Nambucca Heads:

“Early in the morning we went for a walk along the beach in our toe shoes. Later on on that day we had a beautiful warm 30 Degrees Celsius. The beach was just lovely so early in the morning. We saw quite a few people walking along there, some with a dog or two. Several people started a conversation with us. One man said that he was from Melbourne. Another man had a dog that was part dingo. the man said the dog was very shy of people and was only one year old. Near where our camp was, there was a lot of driftwood.”

We actually reached this beach from a place called Swimming Creek Beach. I did show this in pictures here:

Here you can see the pictures we took during our beach walk:

And about the Uranga Honey Place I published a post here: