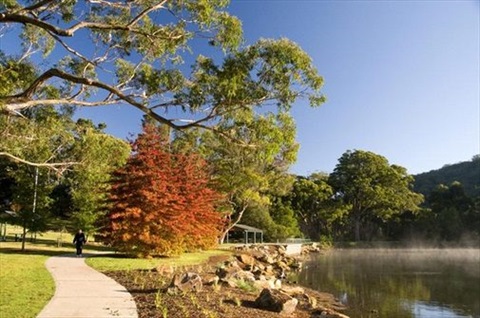 A sightseeing tour of Berlin

Enjoy a sightseeing tour of Berlin’s famous landmarks in an open-top Mercedes. (Please go to the link at the top.)

And the next video shows a lot about what sort of transport is available in Berlin:

BIG4 Nambucca Beach Holiday Park
“Our dog friendly holiday park is set on the beach and in natural bushland with abundant wildlife. Enjoy 4 star accommodation in this retro funky park.Choose from a elevated surf shack, funky bathing box, beachfront villa, drive-through or ensuite powered site, standard or budget powered site. Wake up in the morning and go for a stroll on the beach while the kids have a ball on the jumping pillow, heated pool and playground. In the afternoon, go for a drive to the on the beach to the Valla lagoon or pain a rock on the well renowned V wall. We pride ourselves on excellent customer service and super clean facilities. More information and online bookings on.”
We booked accommodation for five nights in this holiday park.  It says:

Well, it was only yesterday that I mentioned that I feel as though we were in a bit of a rut at the moment and that I would like us to do a bit of travelling as soon as possible. Did I mention Germany? I think I did. So today we talked about it a bit more. It seems Peter is thinking of only going for a short holiday, maybe a two weeks holiday. So it really does make more sense, to stay within Australia for our little holiday. We already booked for a holiday weekend in August for Sussex Inlet. It looks that we could go for a two week holiday in September. Peter says he would like to go a bit up North where it is already a bit warmer in September. I agree, that it would be great to have a bit warmer weather. Peter mentioned going by car. I objected. I said straight away that I would prefer to fly up north. Now I leave it up to Peter to find  out where we could stay further up north. I think Peter is thinking of Port Douglas. Many years ago we stayed there for a few days in July. Port Douglas is so far up north that it was there pleasantly warm even in July. We could go swimming in the ocean. The weather had been just perfect for a beach  holiday. In September it probably would still be there great for a holiday. I wonder what a holiday package is going to cost there now.

Quite a few years ago this place used to be a cinema. Now it is a cafe with lots of books for customers  to read.

Yes, this picture is taken by me, also at Alexander Platz. The five of us had arrived  from Australia only the day before! After our first night at the apartment we all went to a nearby baker for breakfast. We talked the other day about what had been available there  for breakfast. One very memorable thing were the bread rolls  with fresh raw minced meat!

I think we had an early breakfast at The WOLKE, WHICH WAS A BAKERY and also  a coffee shop. Later on we went by S-Bahn from Bahnhof Friedenau to Alexander Platz. Did we have a Curry wurst at Alexander Platz? We definitely had something to eat and a drink. Then we went by U-Bahn to Rosenthaler Platz where we met my niece Corinna and her son Carlos. So, we went with them on a tour of the neighbourhood. This district, called Prenzlauer Berg, is popular with  tourists. Actually, this is the district, where Corinna went with all of us to have coffee in that converted cinema. Before that we went with Corinna and Carlos for a Mexican lunch. Then after coffee we went to a park where there was music and dancing. By that time Carlos, who was already pretty grown up, 15 I think, excused himself and went off somewhere else, probably to spend time with his friends.

Some pictures where we walked along.

The above pictures are taken in the park where the music and the dancing was. Oops. I forgot the pictures from our Mexican lunch. Here they are:

From Gundagai we travelled on the Hume Highway towards Goulburn.

We stopped at Belmore Park in Goulburn:

We always love to have a toilet break there when we travel past Goulburn along the Hume Highway. Opposite the park in Montague Street is the Courthouse and the Roses Cafe:

Peter took pictures of the courthouse. Then we went to the Roses Cafe for some tea and fruit salad.

Our next stop was Robertson where we bought some pies at the pie-shop to take home. One hour after that we arrived home in Dapto. It was still early afternoon of Tuesday, the 3rd of January 2017. We had left home for Melbourne on the 27th of December 2016. It was good to be back home. First of all we had to open all the windows in our house and put some ceiling fans on because the air felt rather humid.

We had had a very good time on Monday, the 2nd of January, with our grandson Tristan and his family. And it had been great that we could spend some time with our son Martin, getting to know a bit more about Melbourne again and celebrate the arrival of the New Year in Melbourne. It is summer in Australia. So we had had some pretty hot days in Melbourne, and strangely enough, also quite a bit of rain!

I have never been to Frankfurt/Oder. We found out now that there is a beautiful Cafe in Slubice in Poland which can be reached from Frankfurt by crossing the bridge over the river Oder. From Berlin to Frankfurt/Oder is only a short trip. When we are in Berlin next year we may have the opportunity to go into Poland to the little town of Slubice and pay the Szczerbisky cafe a visit. Apparently they have yummy dumplings and cakes!

Welcome to the Confectionery Szczerbińscy

Website http://www.slubice.pld
Słubice [swuˈbʲit͡sɛ] (German Dammvorstadt) is a border town in the Lubusz Voivodeship of western Poland. Located on the Oder river, directly opposite the city of Frankfurt (Oder) in Germany, of which it was a part until 1945 (as Dammvorstadt). At the 2011 census, the town had a total population of 18,000 (urban agglomeration Słubice-Frankfurt 85,000).

International relations
Frankfurt (Oder), being located on the border to Poland, plays a special role in connection with German-Polish relations and European integration. The European University Viadrina has one of its buildings in Poland, in the neighbouring town of Słubice. The university also has a number of projects and initiatives dedicated to bringing Poland and Germany together, and offers its students pro bono Polish courses. Another project that contributes to German-Polish integration in Frankfurt (Oder) is the fforst house, a German-Polish student project, which has been granted support by the town’s administration[7] and by the Viadrina,[8] having been described by the former president of the university, Gesine Schwan, as the place where “Europe begins”.[9]
Twin towns and sister cities[edit]
See also: List of twin towns and sister cities in Germany
Frankfurt (Oder) is twinned with:
Poland Gorzów Wielkopolski, Poland, since 1975
Poland Słubice, Poland, since 1975
France Nîmes, France, since 1976
Finland Vantaa, Finland, since 1987
Germany Heilbronn, Germany, since 1988
Belarus Vitebsk, Belarus, since 1991
Israel Kadima, Israel, since 1997
United States Yuma, United States, since 1997
Italy Scandicci, Italy
Bulgaria Vratsa, Bulgaria, since 2009

Cake, balloons and fireworks One of the many surprises we have prepared Slubice to celebrate the 750 birthday of Frankfurt, was a huge cake, which on Saturday July 12, during the fair partner cities, residents distributed Mayor Richard Bodziacki.