In my diary post one week ago I wrote the following:

“I always had this opinion when in a family with several children both father and mother have outside well paying jobs, the wife’s salary should in the first place be used to employ some home help. Why else would a woman want to have an outside job if it did not pay enough for some home help? Now, I would very much like my readers’ thoughts on this. Please, do not hesitate to make a comment, when you do not agree with my opinion on this.”

Really, what are your ideas about women’s work?

I would love to hear from you!

Jonas Schmidt-Chanasit is a German virologist and Professor of Arbovirology at the University of Hamburg. Schmidt-Chanasit is also the Deputy Director of the WHO Collaborating Centre for Arbovirus and Haemorrhagic Fever Reference and Research at the Bernhard Nocht Institute for Tropical Medicine. Wikipedia

“The destruction of intact ecosystems and climate change play a crucial role in the spread of new viral diseases such as Sars-CoV-2. An interview with tropical medicine specialist Jonas Schmidt-Chanasit about the origin of the virus and the fight against pandemics. . . “
I am not going to copy this interview here, but I am very interested in this discussion how pandemics are related to environmental degradation and climate change.
Here you can find out more about this interview: It is written out in English!
https://www.bpb.de/politik/innenpolitik/coronavirus/308483/pandemien-umwelt-und-klima
And here is another interesting person who tells us a lot about the reason for pandemics:
https://www.museumfuernaturkunde.berlin/en/taxonomy/term/234/johannes.vogel 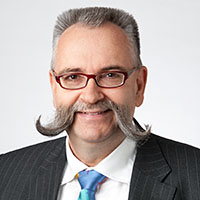 Noel Harrison sings the Oscar winning classic, the Windmills of Your Mind, from the Thomas Crown Affair film.

Listen To My Radio : http://myradiostream.com/radiomethexis The windmills of your mind : Alison Moyet (Michel Jean Legrand) Video : scenes from The Thomas Crown Affair (1968) Music and video, are property and copyright of it’s owners Lyrics are provided for educational purposes only

The only people who should clean up the excrement in the hallways are the students themselves. https://t.co/E3tXFbe6iR

Jenna Price today wrote an article in the Sydney Morning Herald with the heading:

Jenna Price says in this article the following: “. . . . we all know about the acceptance of alcohol and sexual assault, the relentlessness of the culture which says boys will be boys and girls will learn their place. What was more surprising to me was the stories of young men defecating in the halls and in the bathrooms . . . .”

I wonder what ‘culture’ we live in!!

The above Twitter notices I found when I googled the name ‘Jenna Price’.

This afternoon I wanted to write something completely different in my diary. Then Peter told me about the before mentioned heading in the SMH. I had no idea what was meant by “rich kids’ mess”. Now that I know, I am lost. I don’t know what to say to this . . . .

I had actually had wanted to say today a lot about the life of cleaners, that is people who are employed to clean up other people’s mess. In my head I had already contemplated how I could write about what over my whole life I had observed about the treatment of cleaners. Well, actually not just cleaners but all sorts of helpers that were employed to do some of the work that otherwise Madam or Sir would have to do. The very rich could always keep servants and as far as I know they still do. And why not? They can easily afford to pay for the service. In the past even people that were not all that rich could afford to pay for some help.

Maybe I start now on another post to write some more about what over my long life I had observed about the treatment of cleaners and other helpers in and around the home. I feel I could write for hours about it and how this 85 year old couple would enormously appreciate some daily help!

We listened to Vicky Leandros‘ music today. Amonhg others we found the video that Peter published in July 2015 when he wrote this blog about the difficulties that Greece was in at the time. It seems to me. the difficulties all around look very different now. How is the world going to change with covid19 around?

In a speech commemorating the end of World War Two in Europe, German President Frank-Walter Steinmeier said that young people must carry the war’s lessons forward. “In 1945 we were liberated. Today we must liberate ourselves from a new kind of nationalism.”

Queen Elizabeth has led tributes to veterans of World War Two recalling the “never give up, never despair” message of Victory in Europe Day 75 years ago, as coronavirus dampened VE Day commemorations.

In a rare televised address that brought together the themes of wartime and the coronavirus, the 94-year-old monarch said those who had served during the conflict with Nazi Germany would admire how their descendants were coping with the lockdown imposed to curb the spread of the virus.

“When I look at our country today and see what we are willing to do to protect and support one another, I say with pride, that we are still a nation those brave soldiers, sailors and airmen would recognise and admire,” she said.

On a day that should have been filled with parades and street parties, the national commemorations to herald the day when Allied forces accepted Germany’s unconditional surrender were scaled back after social gatherings were curbed to stop the spread of the coronavirus.

Coronavirus update: Follow all the latest news in our daily wrap.

But flags and banners still fluttered across Britain, and people stuck at home due to the lockdown enjoyed a day of special television and radio programs.

Britain paid tribute to the war generation with flypasts, a two-minute silence, and the broadcast of wartime Prime Minister Winston Churchill’s speech to mark the anniversary of victory in Europe.

In a short ceremony that had been kept secret to avert the possibility of any crowds gathering, Prince Charles wearing a kilt laid a wreath at the war memorial outside his family’s Balmoral estate in Scotland.

Households across Britain evoked the spirit of the 1940s, some dressing in period costume and hosting tea parties despite the coronavirus lockdown.

Boris Johnson thanks veterans for freedom

Prime Minister Boris Johnson invoked the “heroism of countless ordinary people” in his tribute to the millions of Britons who fought and lived through the war.

“Today we must celebrate their achievement, and we remember their sacrifice,” Mr Johnson said in a national address.

“We are a free people because of everything our veterans did.

“We offer our gratitude, our heartfelt thanks and our solemn pledge: you will always be remembered.”

There were commemorations too across the water in France, where President Emmanuel Macron held the traditional wreath-laying ceremony at the Tomb of the Unknown Soldier.