Ok, to get to the bottom of this, we need to go through the hard-core definitions first, so let’s check Wikipedia first:

The events at the United States Capitol in Washington DC today were more than disturbing. I watched about a half an hour of President Trump’s speech to thousands of his followers who came to his rally this morning near the Capitol Building in Washington DC. His speech was so disturbing that I had to shut it off.

About 10 minutes into his speech, I wrote to a friend saying, “I am listening to a rabid crowd that is listening to this delusional dictator/cult leader. So troublesome!! He’s so dangerous!”

About 10 minutes later I wrote, “I am praying for peace. I’m worried about his power base believing the election fraud lie and being riled up… He is damning ‘Weak Republicans’ and obviously trying to plan a coup… inciting insurrection. He said there were ‘explosions of bullshit’ – and the crowd loved it! He said, ‘The media has become the enemy…

I found this post in my ‘memories’ section. Maybe this is an opportune time to reblog this post!

In the past I stuck mainly to journal or diary writing, or I tried to come to grips with some of my childhood memories. Only occasionally did I resort to fiction writing in the form of a short story. As far as my reading tastes are concerned I must say, in my younger days I always preferred reading novels: Only occasionally would I read a short story.

These days the time I spend  reading novels seems to be getting less and less, even though I still like novels a lot. Today for instance I spent half an hour reading a short story. It turned out I did very much love this story. It was a story I had been reading many years ago and I could still remember the subject of this story since this is a subject that interests me very much: What happens to a mother when she…

This is my prayer this Christmas:
Lord, help us learn what You
have in mind for us to learn
from this rare year we’ve just survived.

Letter from a Wordsmith

With his permission, I am sharing with you the first part of a Christmas letter I received this week from my former pastor, Rev. Brent Mitchell. He is a master wordsmith! He said what’s in my heart so much better than I could have said it.

“Mark it how you will,
2020 was a year not lost,
but forever to be remembered
for both its absences
and its unexpected gifts.

By the middle of March,
it became apparent that
what we thought as normalcy

” . . . the eating and drinking will be in separate rooms, as it means removing masks.”

2020 what can I say? You have not been my most favourite year of all, that’s definitely for sure. I am so glad that we are now bounding towards the very end of the year and I am more than happy to embrace 2021 in just a few days. I’ll even give it a big fat, juicy kiss. From lockdown hard (as opposed to lockdown light – that was last month!) however, I concede, that that maybe somewhat difficult, given social distancing and all of that. I may just have to snog my husband instead. But I don’t think he’ll mind too much. I mean, I doubt it will be the worst moment he’s had this year.

But first of all there’s Christmas. We plan to eat, drink and be merry. Albeit the eating and drinking will be in separate rooms, as it means removing masks.

Stop the world I want to get off! – Anthony Newly

So I’m now officially Covid Positive. After my trauma of taking a shower on Monday, yesterday, I got transported to my local hospital’s A&E department to get checked out where I discovered that it wasn’t a heart attack but this bloody Virus wot done it!

I had a wonderful doctor take care of me, bloods done, x-ray, the works and an hour so later, the result; covid positive and pneumonia in one lung. So five days of penicillin and it should be over. And I was discharged, well kind of. I waited, in vain, for six hours for transport that never came, so finally, getting toward midnight, I walked out and caught a cab home (I live 10 minutes away).

I liked this story so much I want to reblog it! 🙂
My father was not a widower, but he lived on his own after separation from my mother. As far as I know, he always did his own laundry! 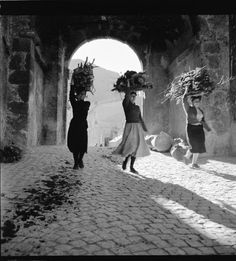 The story below is from an age of a kind of fading feudalism…an age when position and religion ruled the small villages dotted amongst the Dolomites of Northern Italy. It was told by my father to my mother and then to me. It is from around the turn of the 20th  century, when the church creatures wielded enormous power in the communities. It is a tale that could be told from any number of small village life in those days…the tyranny of power, no matter how small, over those who could be exploited, who can be silenced…perhaps not THAT different from now!..The actions by the criminals can be the same, but it is how the individual overcomes that  bullying that is different. Some run, some succumb, some become violent…the “hero” of our little moment, from the lowest rung in the social ladder of such a community, chose instead, chose deliberately…

I find this blog very interesting indeed. 🙂 The following is said in a way that I like very much:

“Because humans have added their doctrines to the pure principles set out in the Bible, religion has become more man-centered. Once humans become the center of worship, worship becomes highly flawed. Instead of praise, there is criticism. Instead of freedom, there is legalism. Instead of liberty, there is stricture. People blinded by leaders presenting their opinions and preferences as biblical doctrine become prisoners to their churches. They tend to believe teachers without looking into the truths of the Bible for themselves.

Tabitha is an excellent example of a religious woman who is compassionate to those who desperately need help. She practices “Pure[6] religion and undefiled[7]” by helping widows in their “affliction.”[8]

The people she helped praise her work.”

This weekend, I decided to have my very own writer’s retreat.

Conferences feature boring speakers and inedible buffet food—at least the ones I’ve been to.

Seriously, at the last teacher’s conference I attended, I ended up in a lecture where a professor talked for an hour about how to use rubrics.

This is a rubric I used to grade oral reading when I was teaching. As you can see, it’s self-explanitory:

Thank you for coming to my lecture.

When I heard we were going to take a last-minute trip out of town, and I was promised some alone time in the hotel room, I decided the time was…

The Saint-Césaire Neanderthal skull suffered a blow that split the skull. (Smithsonian Institution)HUMANS

Around 600,000 years ago, humanity split in two. One group stayed in Africa, evolving into us. The other struck out overland, into Asia, then Europe, becomingHomo neanderthalensis– theNeanderthals. They weren’t our ancestors, but a sister species, evolving in parallel.

Neanderthals fascinate us because of what they tell us about ourselves – who we were, and who we might have become. It’s tempting to see them in idyllic terms, living peacefully with nature andeach other, like Adam and Eve in the Garden.

Biology and palaeontology paint a darker picture. Far from peaceful, Neanderthals were likely skilled fighters and dangerous warriors, rivalled only by modern humans.

Thank you so much, Ian, for this beautiful story about Marge and George. I hope you won’t have to stop writing altogether! Best Wishes! Uta and Peter

This will probably be my last post on both my WordPress sites; due to personal circumstances I can’t see myself sharing my life’s journey anymore in the foreseeable future. The world is changing before our eyes every day; we adapt and put our faith in the hopes and hearts of mankind to make our world a better place, a world of love, compassion and mutual harmony. These tenets are what inspire us to forge ahead in our lives, to live every day to the best of our ability. Sadly it happens when affairs of the heart are torn apart, our very existence becomes a monumental obstacle, one that is insurmountable and inconsolable, such is my every waking moment, I won’t go into details suffice to say that many years back I wrote a story, maybe I was given a glimpse into the future or had a prophetic vision of a…