My father, Alexander Spickermann, was born in Lodz on the 13th of May 1904. The following picture of him was taken in about 1916. This is the earliest picture I have of him.

Alexander’s brother Edmund Spickermann, was born in 1902. Both brothers studied in Leipzig, Germany. The following pictures are from 1925 in the city of Leipzig. There is first Alexander and then Edmund. Both brothers are in their student outfits. And then there is a picture of both of them in front of the Völkerschlacht-Denkmal in Leipzig. 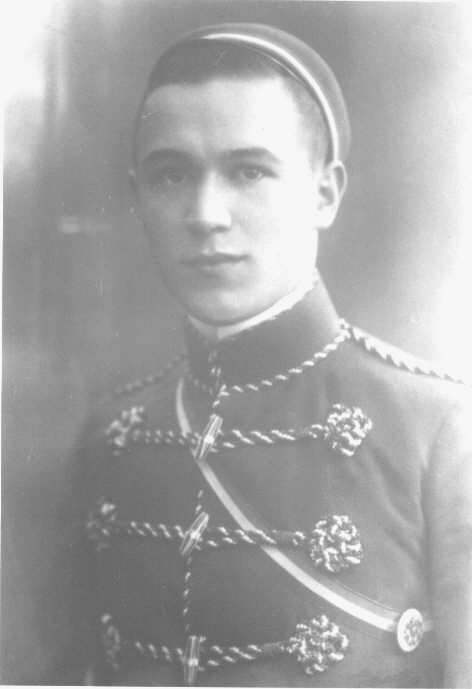 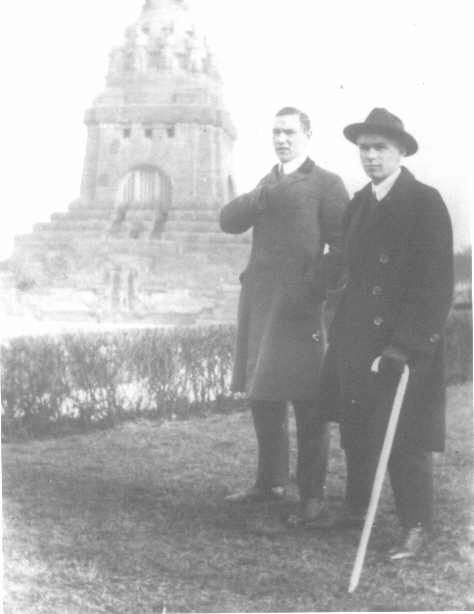 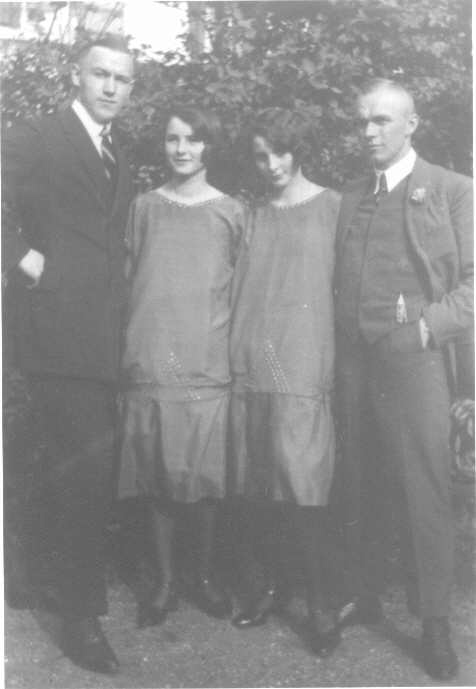 Alexander and Charlotte are my parents. They were married on the 25th of September 1930. Earlier that year, that is in 1930, Alexander promoted to Dr. phil and Edmund, I think, to Dr. rer.pol. The above picture is from 1925 when Alexander and Edmund first met Charlotte and Ilse. Charlotte was only fourteen years old at the time. Her sister Ilse was eighteen. Below is my parents’ wedding photo from the 25th of September 1930. 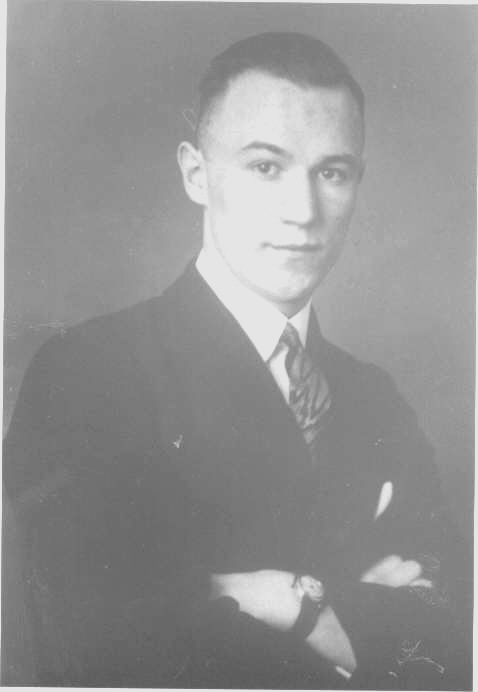 Above is another photo of Dad from 1930. The next photo was taken around Easter of 1935.

Dad is holding me. I had been born on the 21st of September 1934. So I am about six months in that picture.

In the above picture Dad is probably not quite forty yet. And then there is the photo of the Grandparents’ Golden Wedding Anniversary in Litzmannstadt (Lodz) in November of 1943. On the left is my sixteen year old cousin Ursula; next are Dad and Mum and I in front beside Grossmutter (Grandma). I am nine years old. 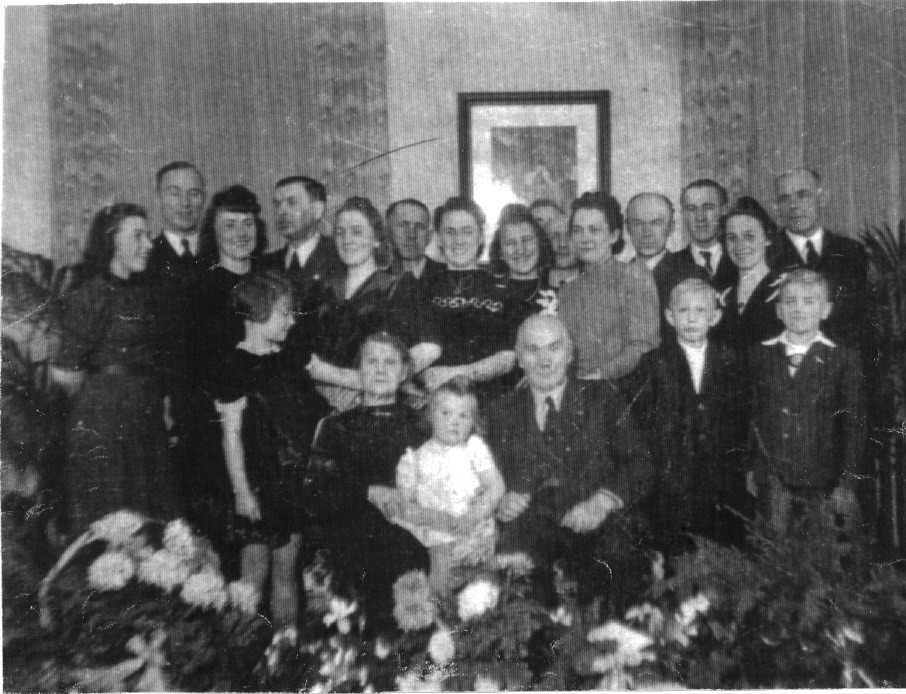 Below now is the picture that was taken in June of 1938 soon after the home-birth of my brother Bodo. Since February of 1930 Ilse had been married to Adolf Schlinke. They owned this beautiful car, called ‘Wanderer’.
Grossvater Josef Spickermann (Granddad) was in Berlin for a visit. Presumably to see Bodo, his new grandson. The Schlinkes took Granddad, Dad and me for an outing in their car. The picture was taken in Berlin at the Reichssportfeld. Dad is in the picture on the left.

The next picture is taken at the Baltic seaside resort of Graal/Müritz in 1940. In the ‘Strandkorb’ are Mum and Tante Ilse, Dad is standing next to them.

I copied three more photos, probably all from the 1950s. The first one is Dad in his office, the two others are party photos with Dad and his family. In the last photo are Dad and his three sisters and two brothers. 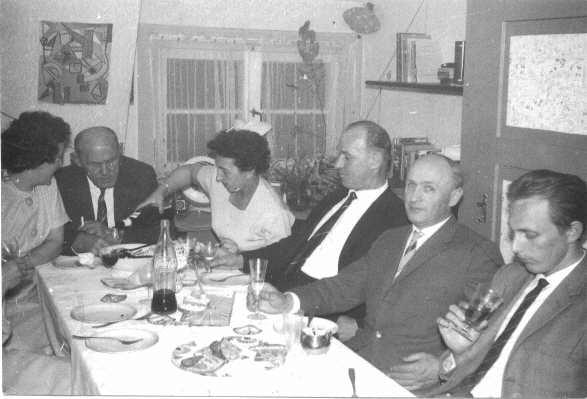