Towards the End of Worldwar II and after the War

During my year at the village school in Lichtenow, I had become used to a very individual teaching style. This changed however, when after the summer holidays of 1944 I was enrolled in year four of the Herzfelde Primary School, and I found myself there in a class of about thirty girls.

In this class we spent most of the time doing reading, writing and arithmetic. We also learnt a few songs, especially ‘marching songs’. We had to know these songs because they came in handy, when we marched through town, which happened about once a week. We thought, it was great fun, when all the girls of our class marched along in rows of two, singing all the marching songs, which we knew so well. I believe this marching business came about, because we were supposed to have a bit of exercise to keep us healthy and fit. We did not have a sports’ teacher at the time, which meant, that sport as such was not on the curriculum. Of course we had our class-teacher accompanying us on our marching sessions through town and surroundings.

Once a week we were given dictation. Every spelling mistake was marked by the teacher, counting one bad point for every mistake and half a bad point for a punctuation mistake. The student with the least mistakes was seated at the top of the class. All students were seated according to the number of mistakes they made in dictation. The students who made the most mistakes were seated at the bottom of the class right in front of the teacher.

Thanks to the good schooling I had received in Lichtenow, I was able to spell quite well and usually ended up among the top three students in the class. I felt lucky in that regard. My handwriting however was terrible. Handwriting had always been my worst subject. Luckily for me, it was a separate subject and did not influence the marking of any other subject!

I went to the school in Herzfelde for about three months only. From that time on I had a preference for sitting in the back rather than the front of the class. When I went to high-school in Berlin later on, I always tried to get a seat in one of the back-rows. I was rather glad, that In high-school we were allowed to choose ourselves, where to sit. I used to pity the girls in the front-rows, who often had to suffer a lot of spitting out of the mouth of this very old German teacher, Dr. Petzel. The standard joke after an enormous spitting session was, that the girls in the front rows should put up umbrellas, when Dr. Petzel was talking!

Right through my childhood I was made to wear a roll of hair on top of my head, which hovered over the midst of my forehead. On my tenth birthday I was finally allowed to comb my hair to the side. Because of this, I felt, I was on the way to becoming a grown-up person. 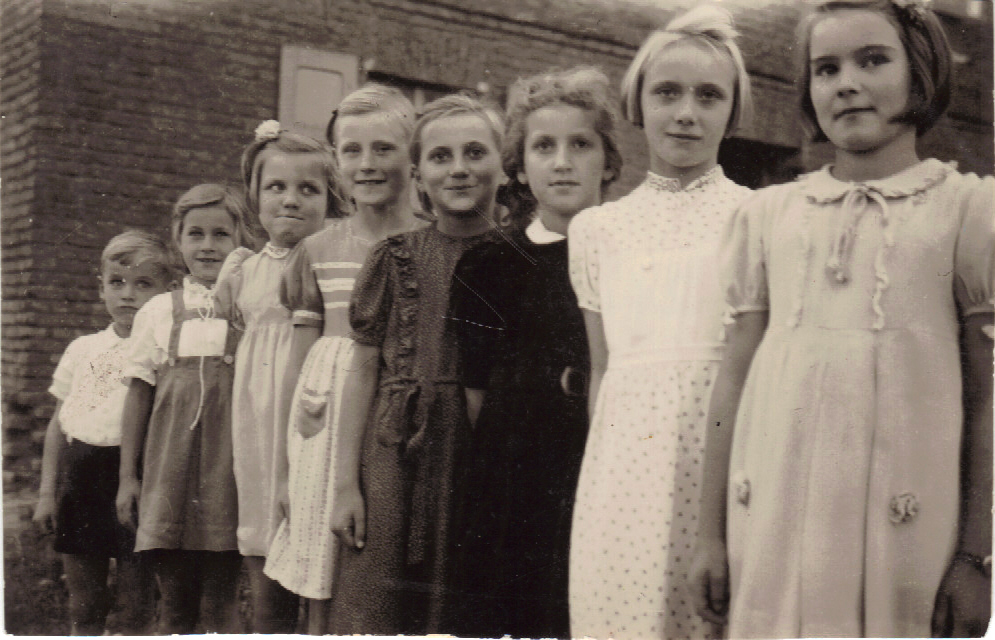