Last week we met Caroline and her friend in Thirroul, a beautiful little coastal town, half way between Sydney and Wollongong. It had been raining and the streets were still wet. Peter took some pictures. Vegetation was very lush looking after all the rain New South Wales and Queensland were blessed with during the month of January and right into February.

Well, for parts of NSW and Queensland it wasn’t so much of a blessing any more because extreme heavy rainfalls caused flooding, rivers overflowing and thousands of people needed to be evacuated. Often the flooding occurs in parts of the country that are prone to years of drought. Then when the rain comes initially people are overjoyed until the downpours are just too much to cope with.The good thing about Australia is that when people get into trouble, be it floods or bush-fires, they can always rely on some outside help. The rescue services in Australia are very well organised. Still, it is a tough life for these people who are affected by these natural disasters.

We here in the Illawarra area of NSW have recently had more rain than usual. But the downpours were not very heavy and didn’t cause any flooding. Temperatures stayed somewhat below average this summer but  were still warm enough for everything to grow wonderfully. To my mind the weather has become rather subtropical. Because of all this constant rain we had recently very little sunshine . That means whenever there are  a few minutes of sunshine we can’t wait to go out into the sun and enjoy it!

That day in Thirroul there was no  sunshine whatsoever. It was still a good day for us. We had lunch in a Thai restaurant which was situated in the building of the ANITA THEATRE. This theatre is not being used as a theatre anymore but as a cultural meeting point.  I chose for my lunch a green curry veggie soup with boiled rice on the side. It was yummy! I always love Thai food. And yesterday I went to the Thai Yoga beginners’ class. I like this class because it is so very relaxing.

For afternoon coffee in Thirroul we were sitting outside under huge umbrellas and the drizzly rain didn’t bother us at all. We enjoyed being surrounded by some very lush vegetation. Next door to the coffee shop was a real estate agent. We had a look at Thirroul property prices. They’re truely unaffordable for people like us.

This morning I spent some time in our  backyard. Amongst all the recent lush growth I found some delicious very small wild strawberries. I consumed quite a few of these and so did Peter. I also asked Peter to take a picture of some. He did, and now I can include them in this blog together with the pictures from Thirroul. 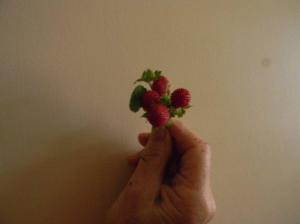 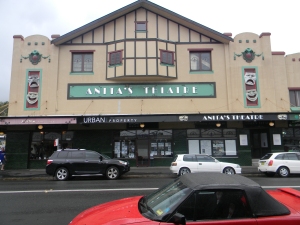 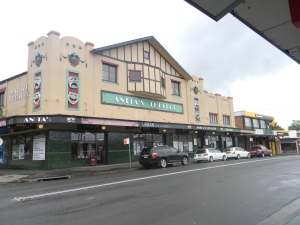 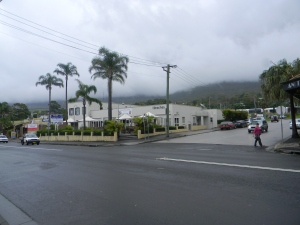 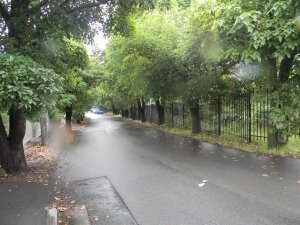 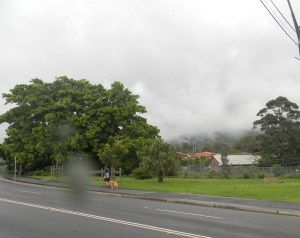