For breakfast we had filter coffee, boiled eggs, warm bread rolls out of the oven, as well as some orange juice.
After breakfast at eight we left for the drive to the bottom of Macquarie Pass from where Peter, Caroline and Matthew went on their nice little walk to the waterfall while I stayed outside in the beautiful, warming sun. Towards 11 o’clock we were on the way back home. Matthew was driving. He stopped on the way at a Pie shop in Dapto that was open! Several pieces of cake and a few pies were purchased.

So at eleven at was time for us to have our morning tea and to eat some of the things from the Pie shop. For lunch we had to wait quite a while for Monika and her family were a bit late in arriving. All in all we expected six additional persons for lunch. 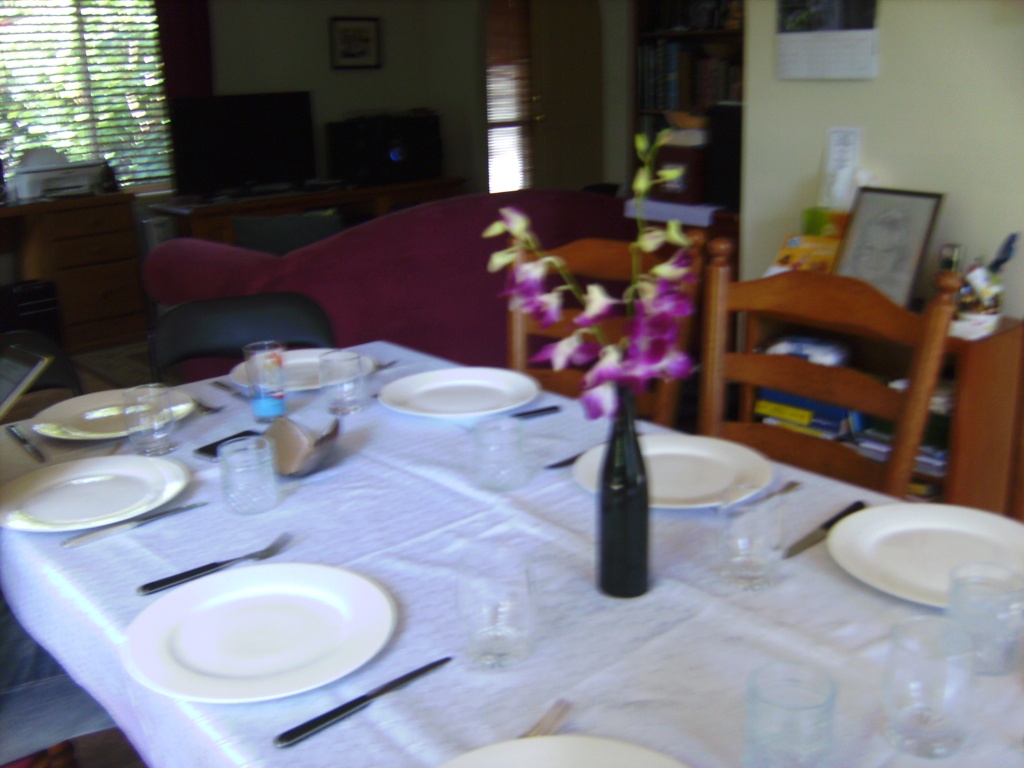 Monika came in her car. She has a special child’s seat in her car. Her daughters Tash and Krystal came along too, as well as Tiana, the daughter of Mark. Krystal and Tiana are university students, whereas Tash has a job with the Postal Service. Tash is going to have an engagement celebration this coming Saturday. Krystal turned 18 on Easter Sunday. She had a birthday party the night before her birthday. She started university at the start of this year when she was not even 18 yet. Monica’s daughter Roxy did not come yesterday. But we are going to see her for sure at Tash’s party next Saturday. This is also when we are going to see Troy as well as Ryan and Ebony with their two little sons. It was so lovely that we could see Lucas already yesterday. Tiana kept carrying him. She said he was so cuddly. He did feel a bit tired for a while after they arrived. I think he had already seen Ebony’s parents in the morning and then he was at grandma Monika’s place  for a while. After lunch Lucas went outside for some egg hunting. Everybody watched him as he was doing this! Tash and I took pictures.

Back to lunch now. Caroline and Matthew had earlier baked the leg of lamb.  We had bought this meat, 2.7 kg of it,  at Aldi’s the morning after Peter’s eye op.  It only needed heating. Matthew sliced it. I had cooked some red cabbage the previous day. This also needed just some heating up. Caroline cooked green beans and sweat potatoes. Some other potatoes were baked in the oven together with the meat. Caroline filled up a jug with tap water and set the table with this jug, glasses, plates and cutlery. Peter sat up some extra chairs around the table. I think all I had done was to cut the sweat potatoes and to help with the tablecloth. I also took a few pictures of the lunch table.

In between I had another turn of rapid heartbeat. So I stretched out a bit on the sofa to calm down. A few times I did get a bit short of breath. When this happens, I know, I have to take a rest. I am always worried, others might think, I am just lazy! Anyhow, here are the lunch pictures now; 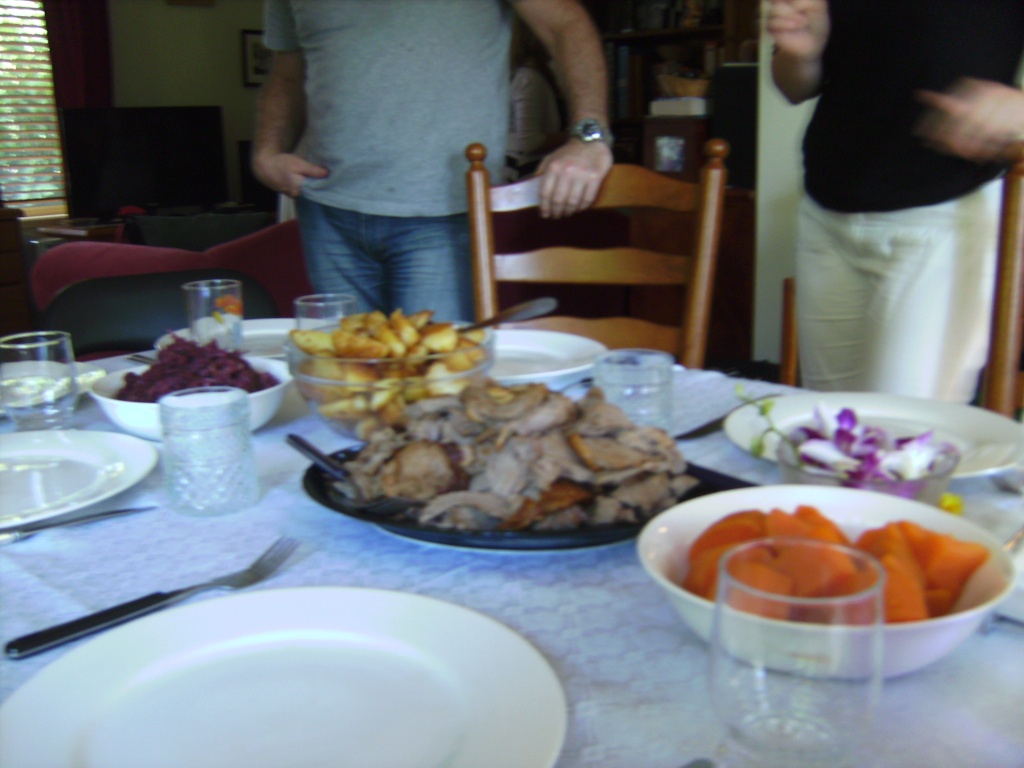 Yes, he knew at every stage how many eggs there were in the basket. Later on Tiana made him count all the chicks he could see. I think he counted right up to twenty!

The girls left early with Lucas to take him home. Tiana drove. She took Monika’s car. Monika went home later with Mark who had come in his car. He had come a bit later for he first had to do something for his mother.

We had a nice coffee afternoon with Monika, Mark, Caroline and Matthew. We animatedly talked about a lot of things. And we did not even drink one bit of liquor! Nobody thought of doing the dishes that had piled up in the kitchen. I had no idea Caroline and Matthew wanted to travel back to Sydney soon after Monika and Mark left. I thought they would stay till Easter Monday. Nobody had told me they wanted to be home on Sunday already. I am afraid I said in a probably snappish sounding voice: So, you are going to leave us with all the dishes!

I was very grateful that Caroline and Matthew cleaned up the kitchen. They did it very quickly and efficiently. I thanked them for it before they left and apologised that I had been playing up so much. When Caroline had arrived back in Sydney she sent Peter a message on his phone, saying that she loved us both.

When Peter accused me of treating Caroline like a slave, I felt really awful.