No Place For Sheep 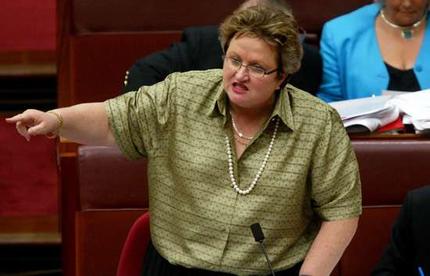 In yet another piece of bellicose dross on the thoughtlessness of protesters, former Howard immigration minister turned ABC broadcaster and Fairfax columnist (via ambassador to Rome) Amanda Vanstone, yesterday unleashed her inner curmudgeon in this indignant rant titled “The ‘look at me’ narcissistic politics of the left.”

On reflection, her curmudgeon aspect is not that inner, but let’s not digress into personalities.

Briefly, Vanstone suffered trauma when as a young woman, indentured to the Myer group, she was forced to walk the streets of Melbourne bearing a load of something or other tied up with string that cut into her hands so badly she was obliged to make occasional stops in order to lay down her burden on the pavements and give her tiny hands a break.

One day, she was prevented from enjoying even this small relief by a crowd of “well-fed” protesters, upset…

2 thoughts on “My tiny hands are bleeding: Vanstone on protest”