The last few weeks passed very, very quickly! So that, really I do have a lot to catch up on as far as some writing is concerned.

I think I already started on writing about some of the things we did with my brother Peter Uwe and sister-in-law Astrid. While Peter and Astrid were here the days were filled to the brim. Now, five days have passed already since they left to fly back to Germany. And still I did not get much of a chance to write anything!

I just want to start with a picture I took the other day of our ‘tray of happiness’. It is really Peter’s ‘tray of happiness’ for I do not think I depend on it for happiness. If I remember correctly, Matthew used to give Peter’s tray with all the different jams on it the above name. This name shows indeed how important for Peter is this tray. There need to be five different jars of jam on it. If only four jars are left. it is time to go shopping for another jar. It is very, very important for Peter that at all times there is an adequate selection of jams on that tray!

To the left of the tray is Peter’s mug that he likes to drink his water from. He needs to drink at least two litres of water every day. So every morning a big two litre glass jug is filled with water. That means Peter’s mug to drink out of has to be refilled on a regular basis. The large blue cup on the right side in the picture is Peter’s coffee cup for breakfast.

For old people that we are, it is good to have a daily routine. The difficulty only is that my routine overall is often slightly different from Peter’s. For instance instead of buttered toast with four or five different jams, I prefer to have a cooked breakfast. A good breakfast for me is vegetables and an egg sauted in some butter and served with some green salad leaves. But I usually have for breakfast the same sort of coffee that Peter has. I do not always manage to do some cooking for breakfast. Then I might just have a slice of buttered toast with vegemite and maybe some yoghurt.

In conversation with family we often mention Peter’s ‘tray of happiness’. I think this is why I just did find it easy to write about it. I actually enjoy writing best when I can do it in a conversational way.

The last few weeks were filled with German talk in our house, for Astrid has a very limited knowledge of English. Peter Uwe understands written and spoken English somewhat better and can say something in English if he has to. However he prefers to say everything in German. When I talked to Peter Uwe and Astrid I tried to speak strictly German without any English words added to it. This was at times rather difficult. Sometimes I was lost for the exactly right German word. When I asked Peter to help me out, he often could not find the right German word straight away either!

Yesterday afternoon I joined four other ladies for our Friday games which I had missed while our visitors were around. One of the ladies asked me, whether our German visitors had liked it here in Australia. And I said, that they had enjoyed their stay in Australia very much, and that we had done a real lot of things with them. And we had very much loved to have them here.

Yes, it was a terrific time with them here. When we have visitors from overseas they are always astonished how beautiful the area is we live in. For us it is marvellous too, when we can go to all the different places that we did get to know and love over many years.

Some bloggers that looked at some of my previous posts might remember perhaps a bit about the Illawarra area and beyond. To mention all the interesting places makes really a long list. Even though we could take our visitors to a lot of places, there was in the end not enough time to take them to the Blue Mountains, or to Berry on the South Coast. Also a trip to Canberra or Melbourne could not be fitted in. Peter Uwe had Queensland in good memory from a previous stay in Australia some eighteen years ago. Astrid had never been to Australia. Peter Uwe and Astrid decided to book a one week holiday up in Cairns, Queensland. They did fly to Cairns and stayed in a hotel there. They were lucky with the weather. It was good for swimming and snorkeling.

They also loved our solar heated swimming pool in Dapto and went there twice in a row. They were also happy to meet our extended family several times. 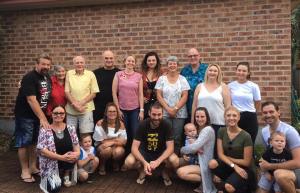 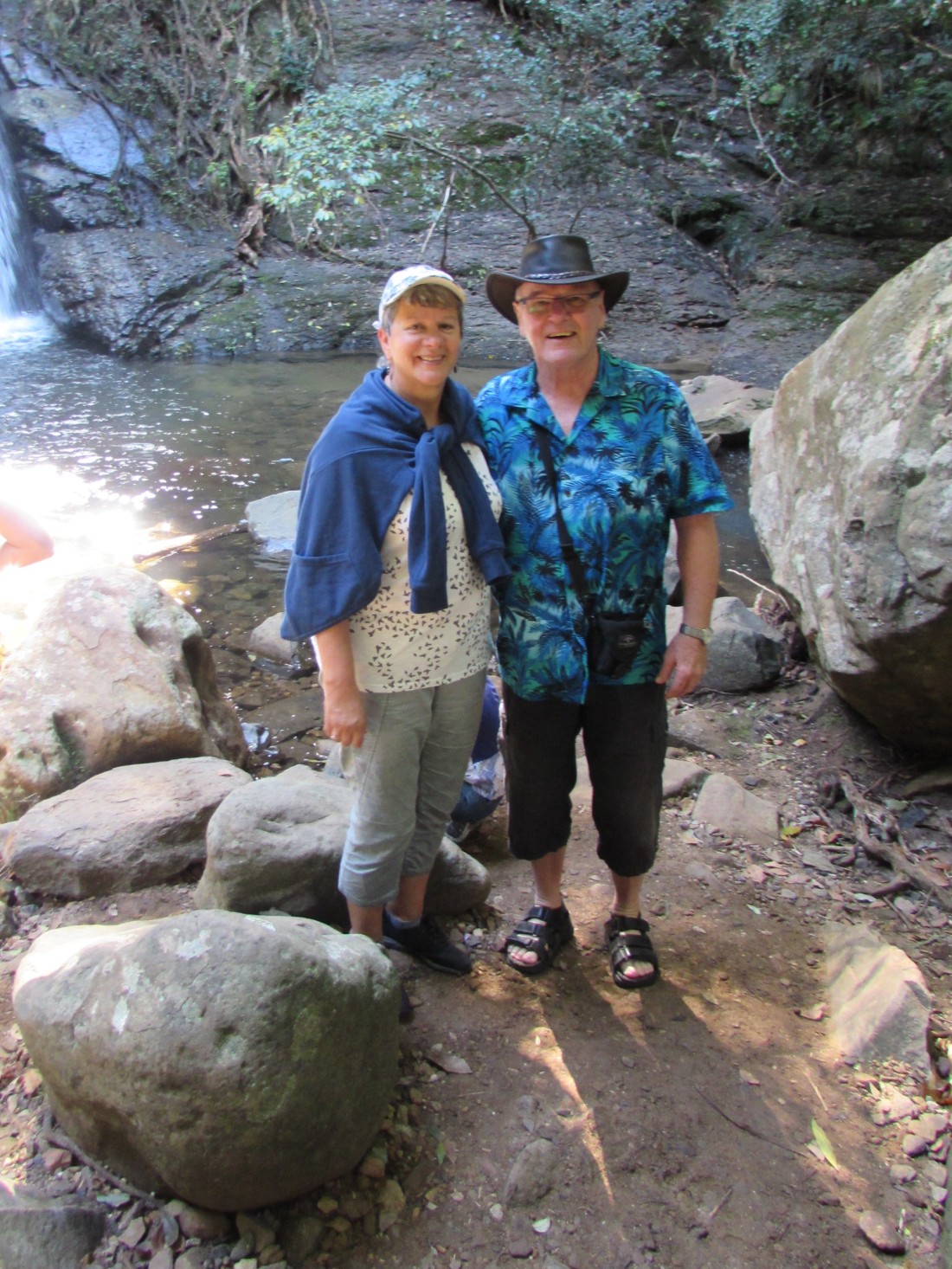