“Rathaus Schöneberg is a station on the U4 line of the Berlin underground train network. Designed by architect Johann Emil Schaudt, who also built the Bismarck Monument in Hamburg, the station was first opened in 1910 as Stadtpark. From 1940 to 1951 it was closed due to damage sustained during the Second World War.”Wikipedia

The ‘Pusteblume’ Cafe is a bit further on in the Stadtpark. We had some nice lunch there. 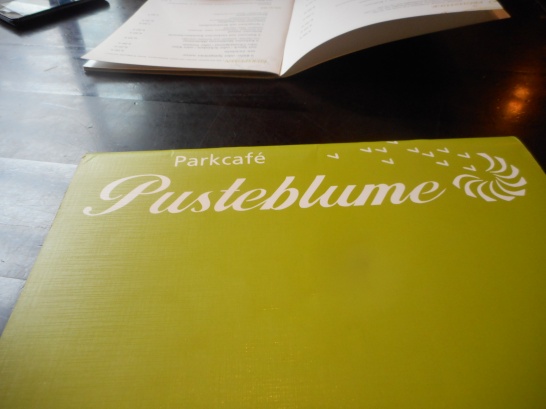 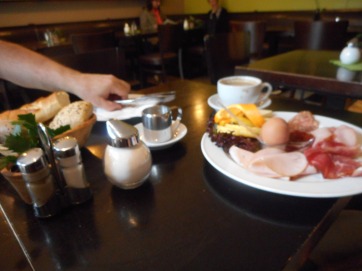 We continued by underground train to Märkisches Museum.

“Märkisches Museum is a Berlin U-Bahn station located on the U2 in the Mitte district. Since 1935 it has been named after the nearby Märkisches Museum, the municipal museum of the history of Berlin and the Mark Brandenburg.”Wikipedia 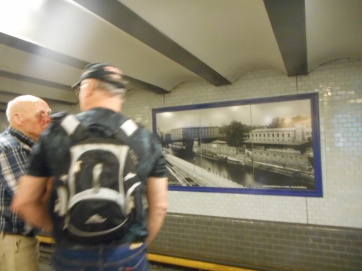 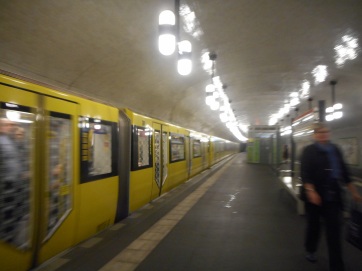 We went along Inselstrasse to this part of the Spree river: 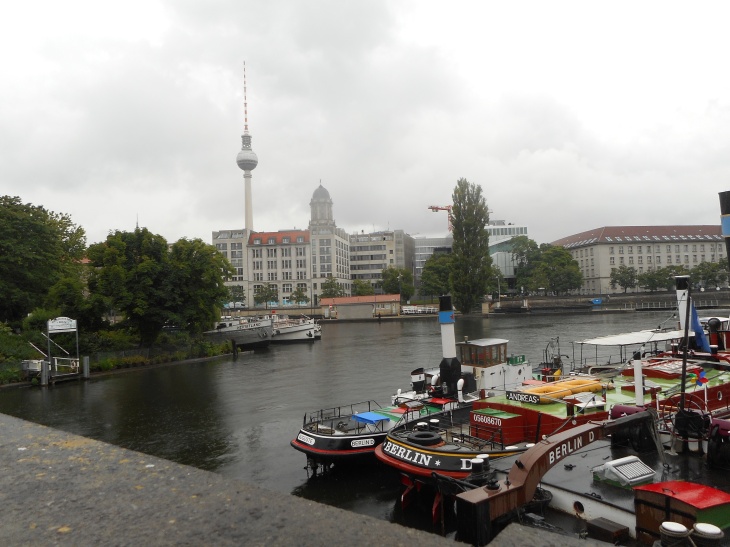 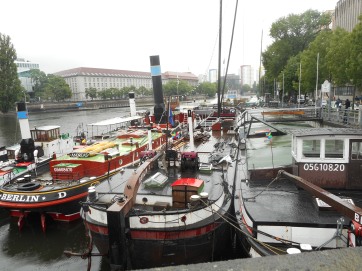 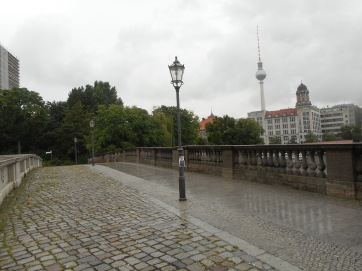 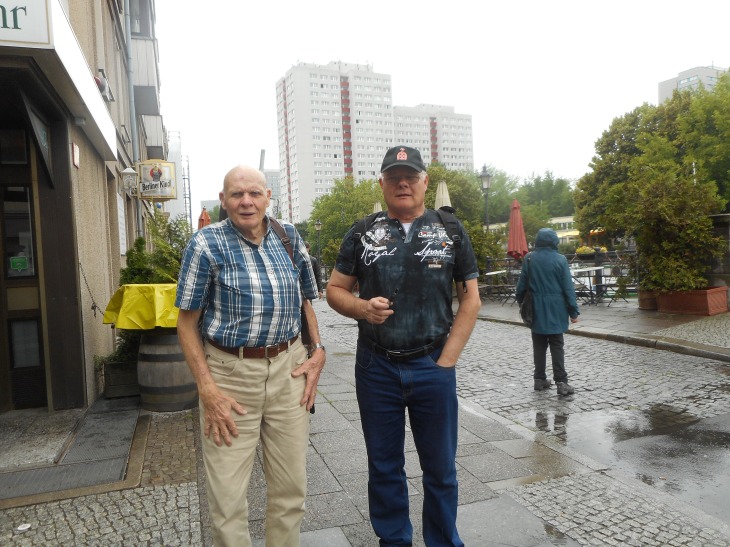 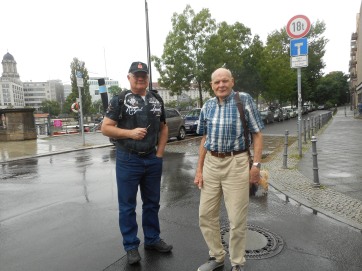 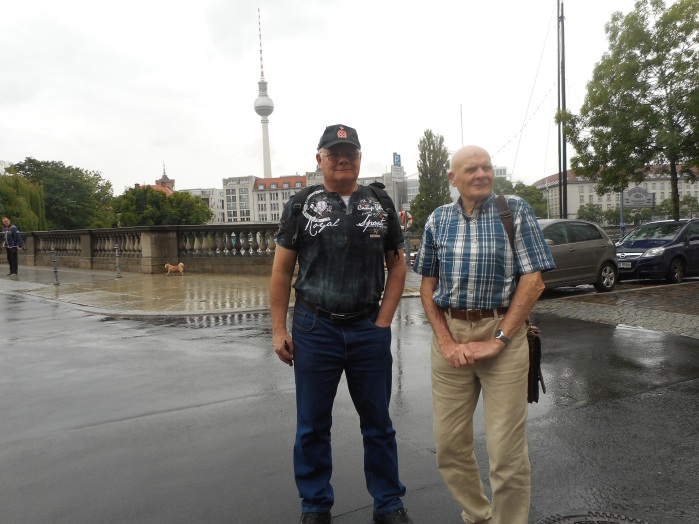 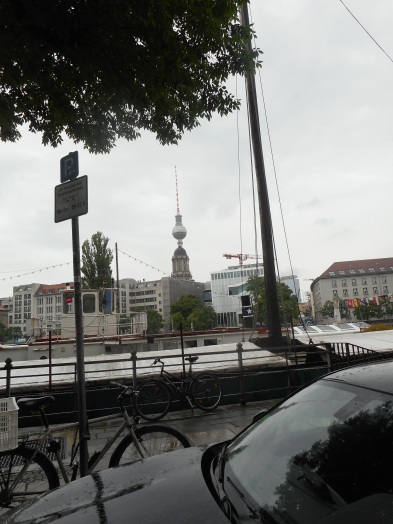 We went to Cafe Re:

I had coffee and Peter and Martin had beer and we all had Mampe Halb und Halb!