Before I forget to mention it, very early on Sunday morning we had some great coffee and breakfast and a lovely walk at Newcastle Beach! That was just a perfect conclusion to our stay in Newcastle for the 21st birthday celebrations for Martin’s daughter Lauren.

Newcastle is actually blessed with quite a number of beaches:

Here now is where our trip started:

We left our home in Dapto with our son Martin early on Friday morning, A taxi took us to Dapto train station. So, we went by train to Sydney Central Station where we had to change to another train going to Newcastle.  I liked the train journey very much! On the train I even started reading a novel by LIANE MORIARTY. It goes by the title “Nine perfect Strangers”:

So, we arrived at the Newcastle-Interchange on Friday/afternoon, that is the interchange to the light rail.

There had been an incident, that is why the light rail was out of action for a while. So we decided to travel on by bus (towards Newcastle Beach). We got off near the Old Newcastle Train Station. Opposite the Old Train Station was our apartment that we had rented for two nights. The two bedroom private ground floor apartment had a livingroom and kitchen and was exquisitely furnished. We really liked it a lot. However we joked about it, that it was like a jail because of the bars at the entrance and in front of the windows! 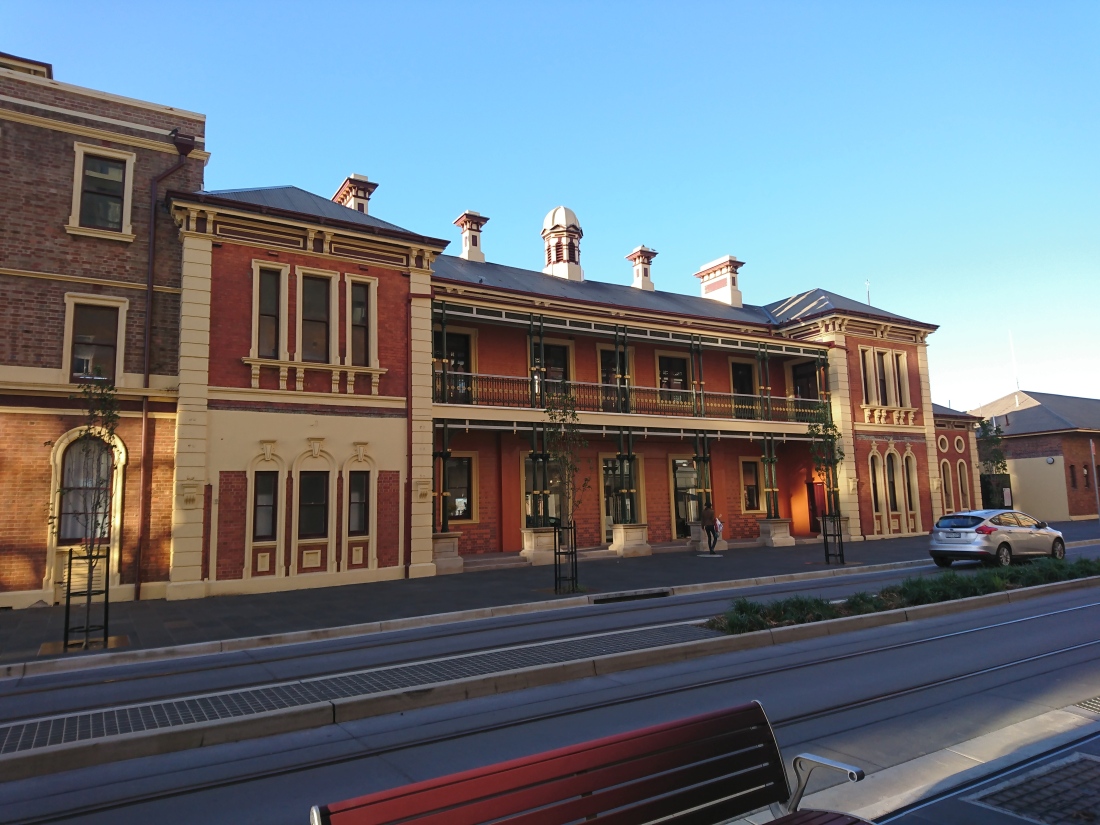 Opposite from the old heritage railway building was our groundfloor apartment that was very well secured with bars in front of door and windows! 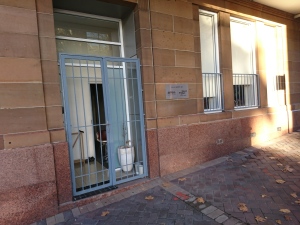 The following picture shows some beautiful park reserves that belong to the foreshore near the Old Railway Station building: 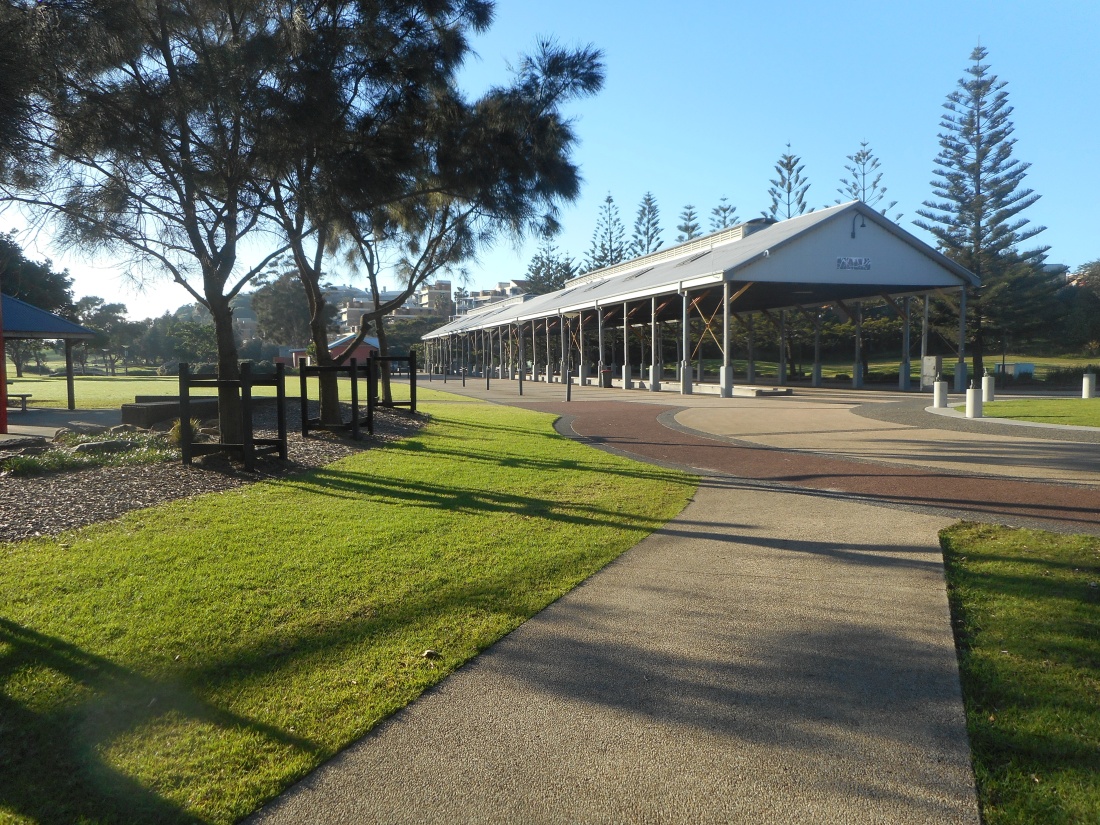 Our family have been coming to the Railway Carriage Shed regularly for gatherings over the last 15 years. Plenty of room for the kids, sheltered in all weather, and well-maintained BBQ facilities. A great meeting place.

I think this is actually the place where we were in Jan.1999 for Lauren’s Name’s giving ceremony. 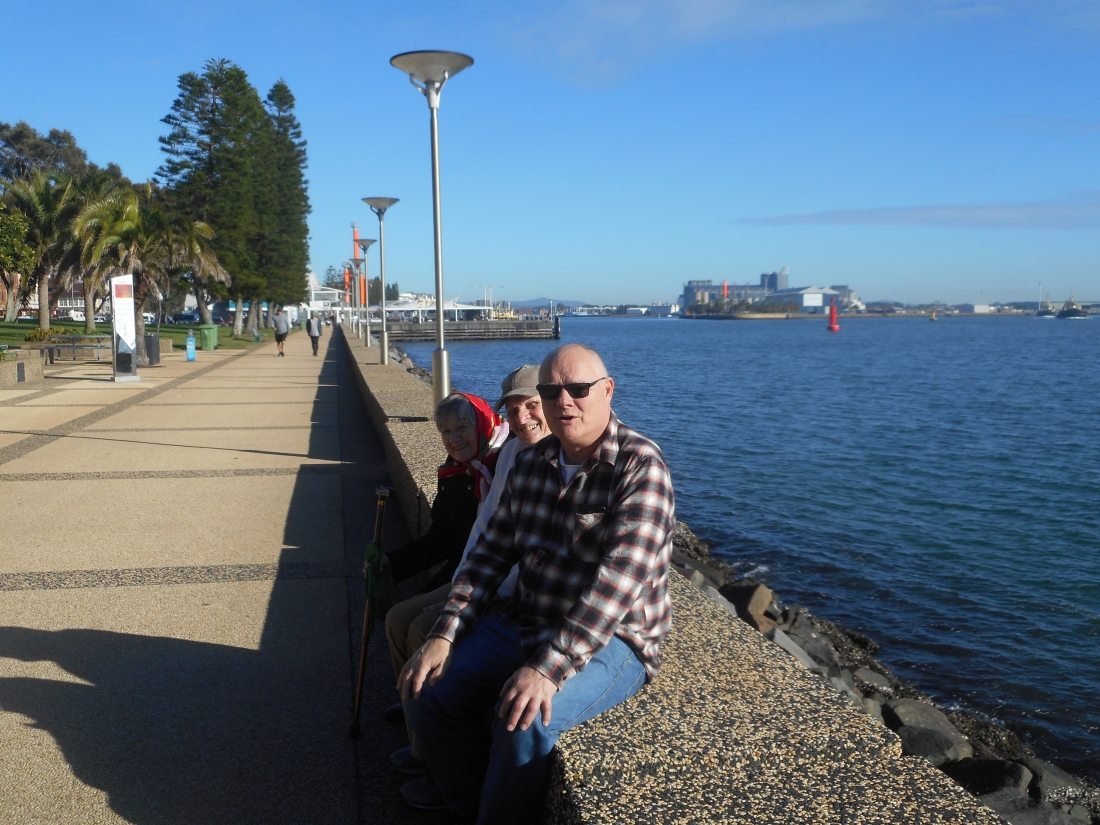 Our son Martin, Peter and myself having a little rest at the foreshore. 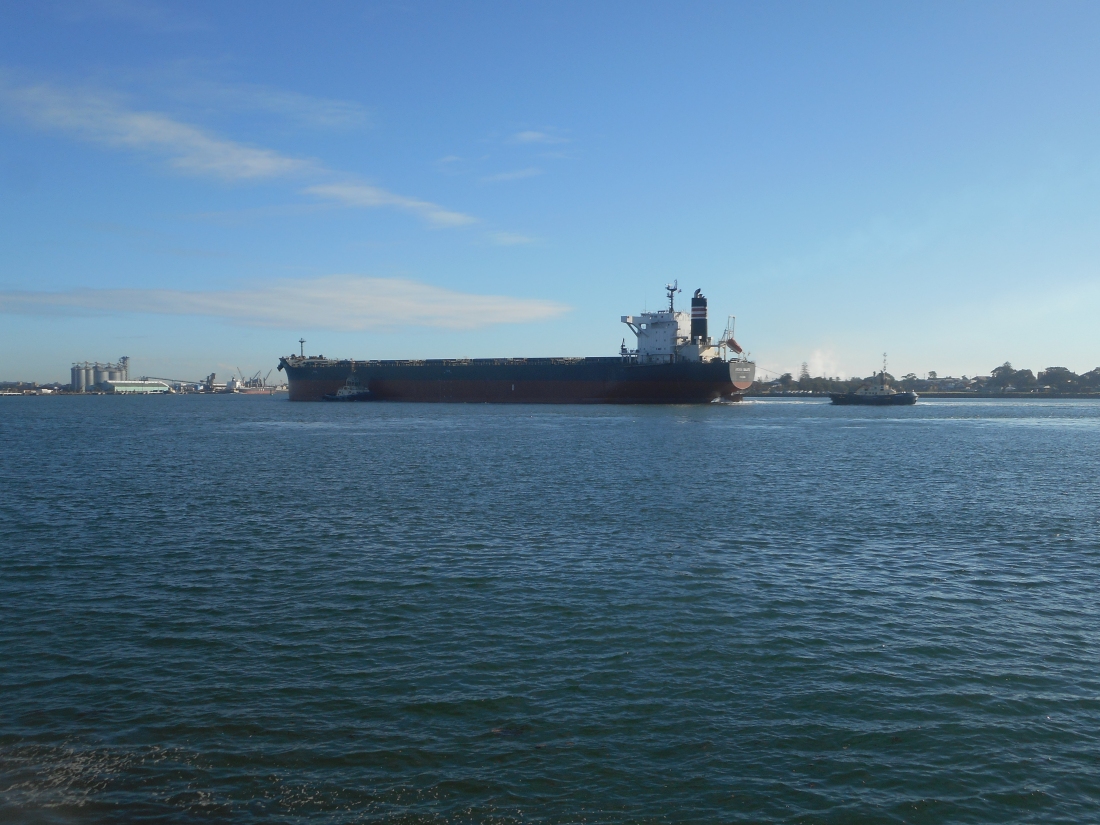 Newcastle has quite a busy harbour! 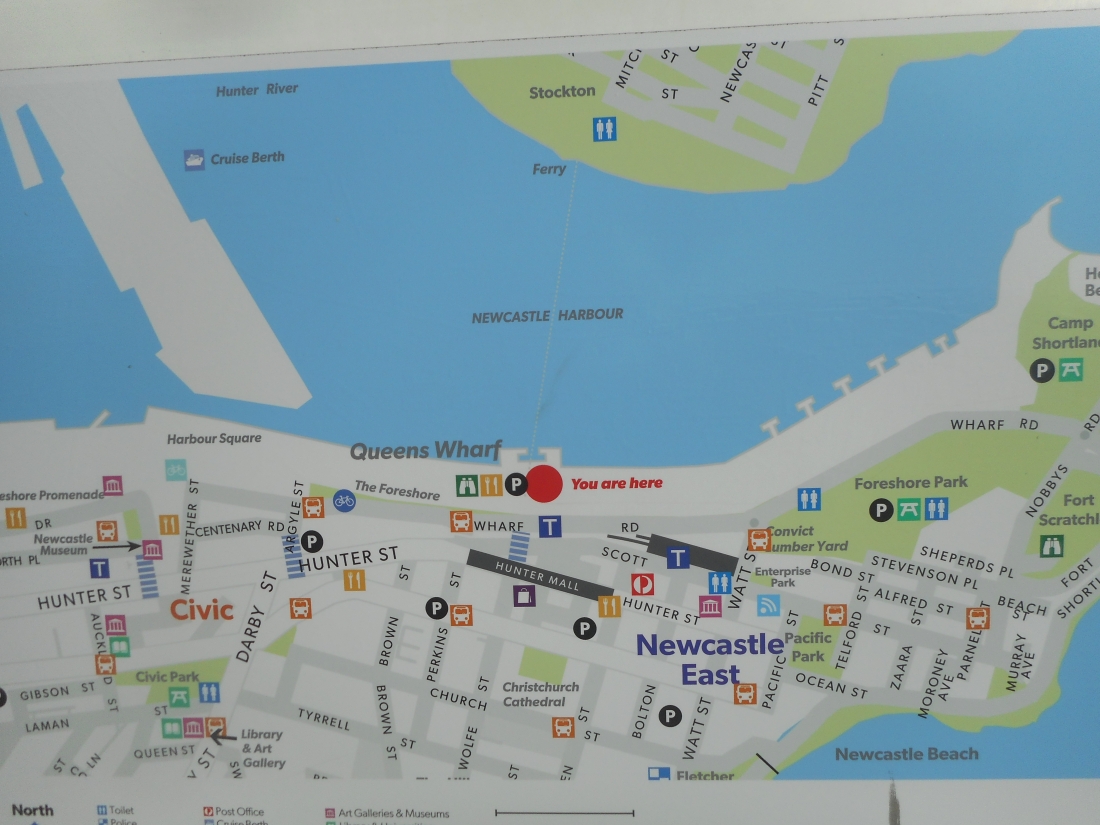 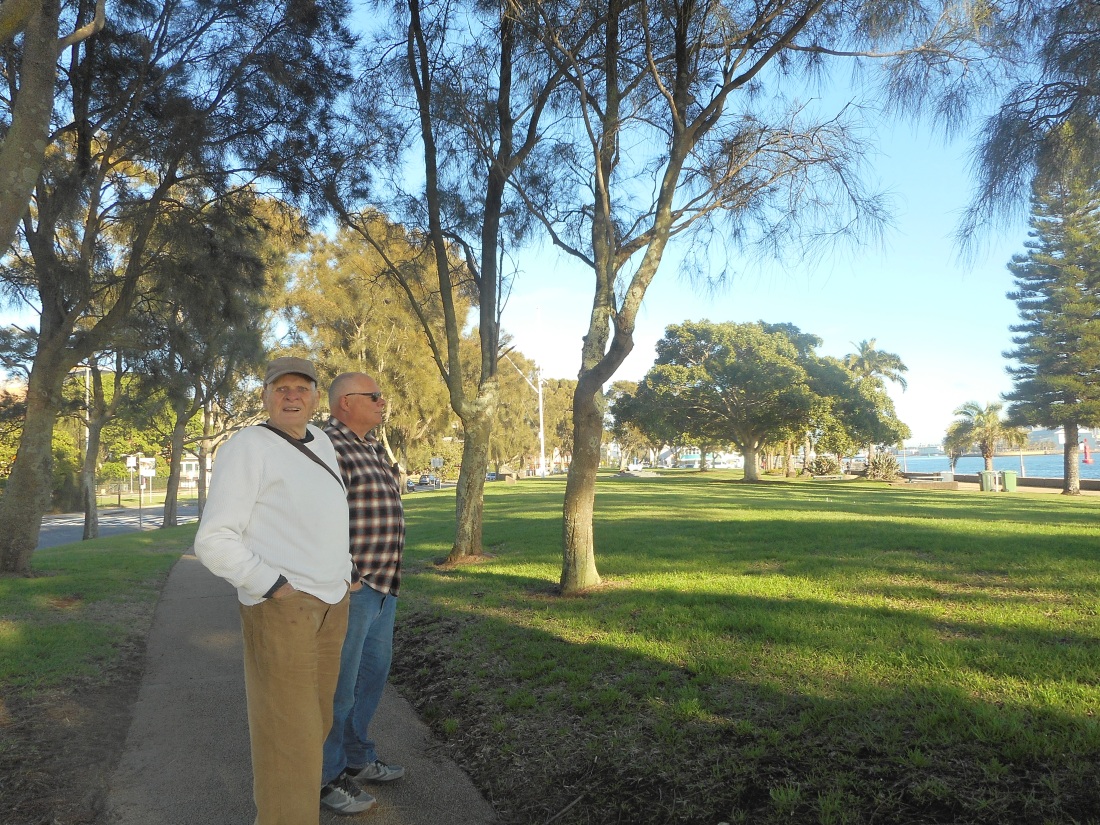 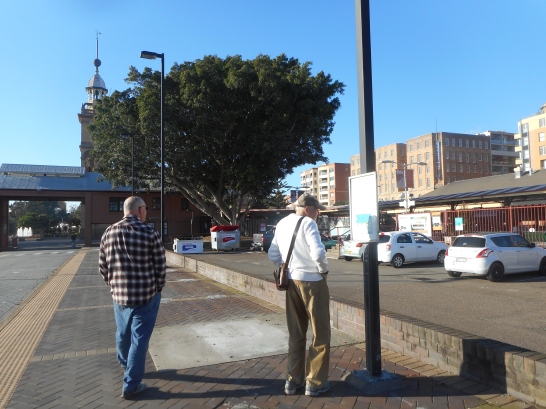 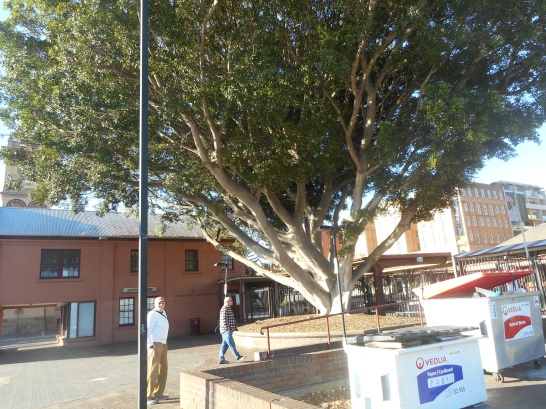 This was our closest light rail stop: 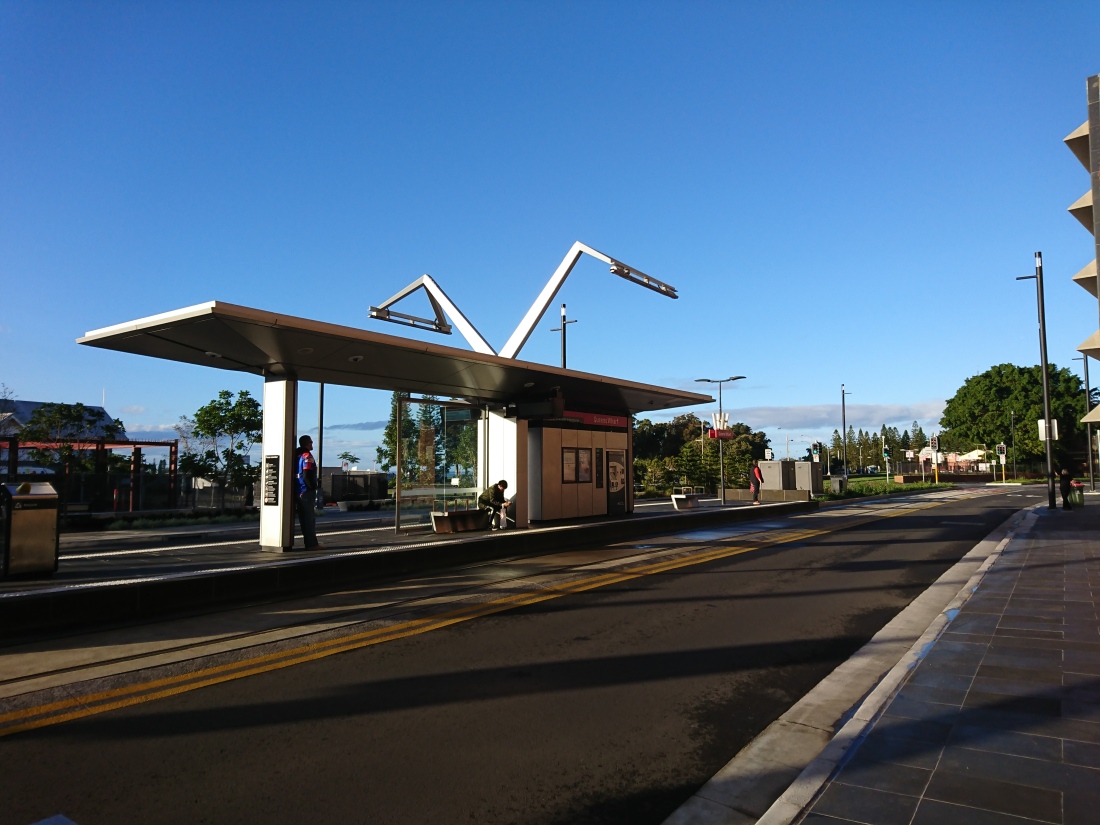 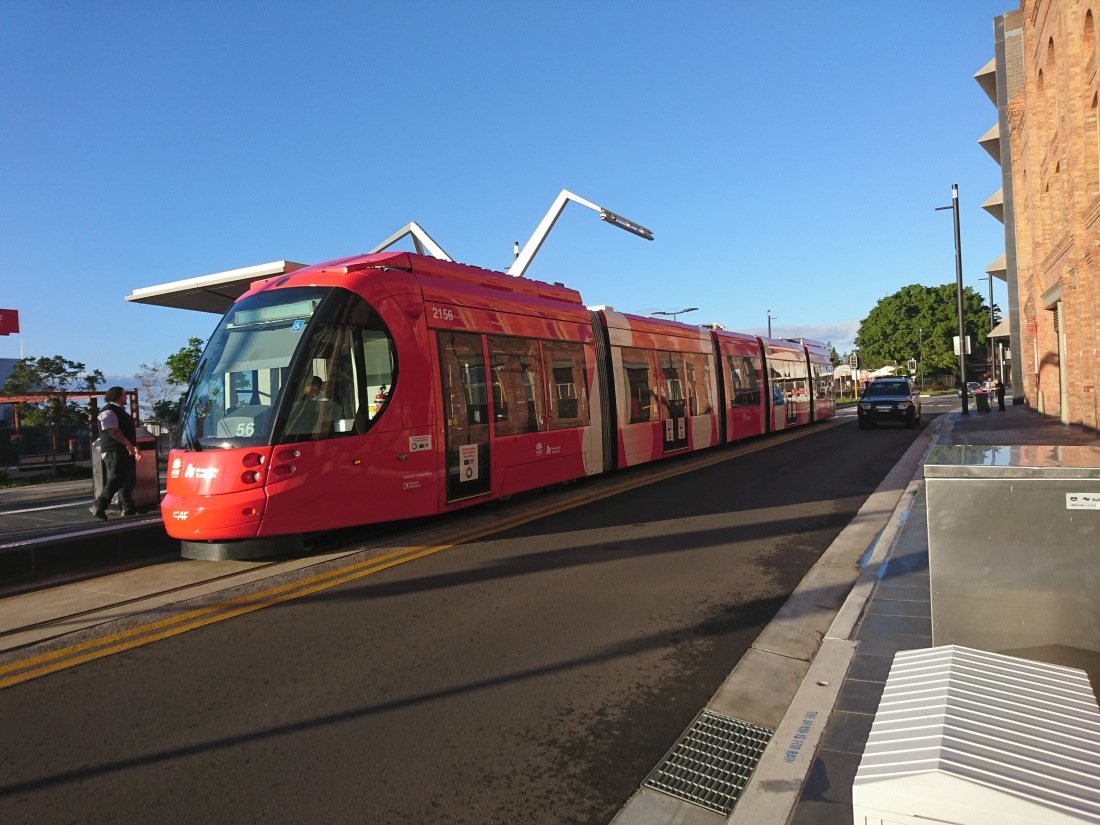 The birthday party was at the Honeysuckle Hotel:

We had pizzas and wine for supper at the hotel: 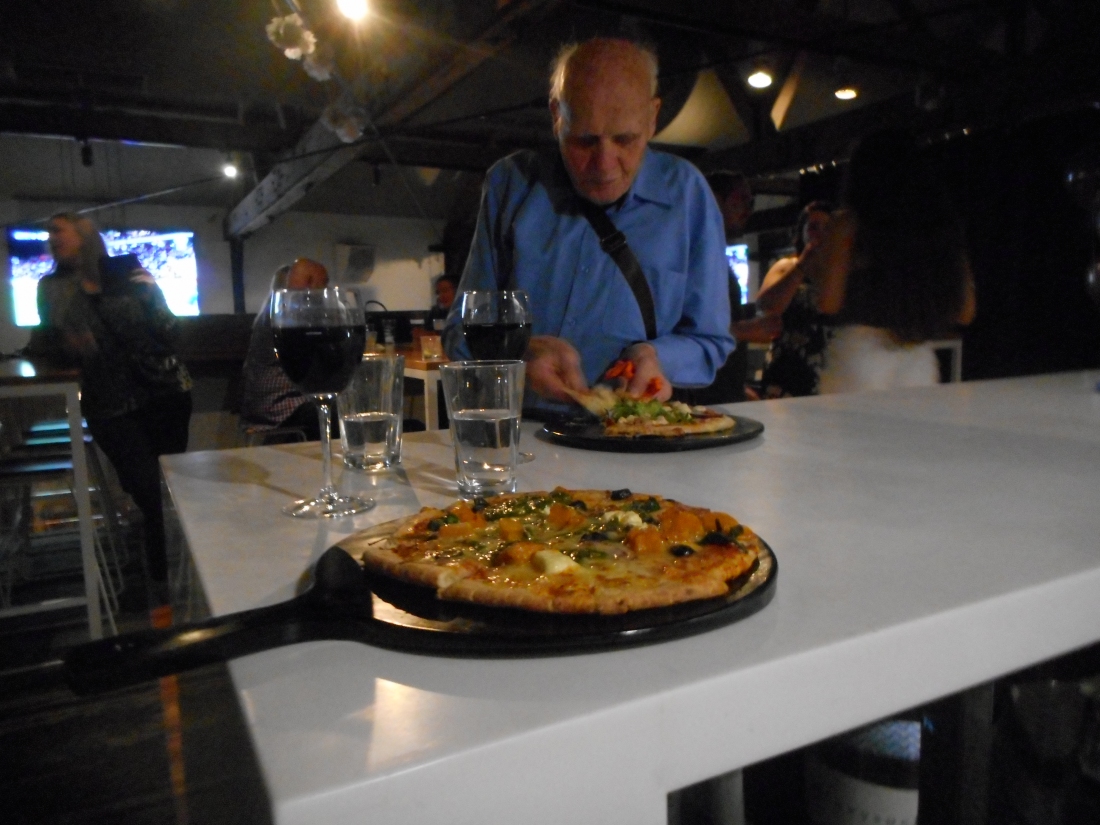 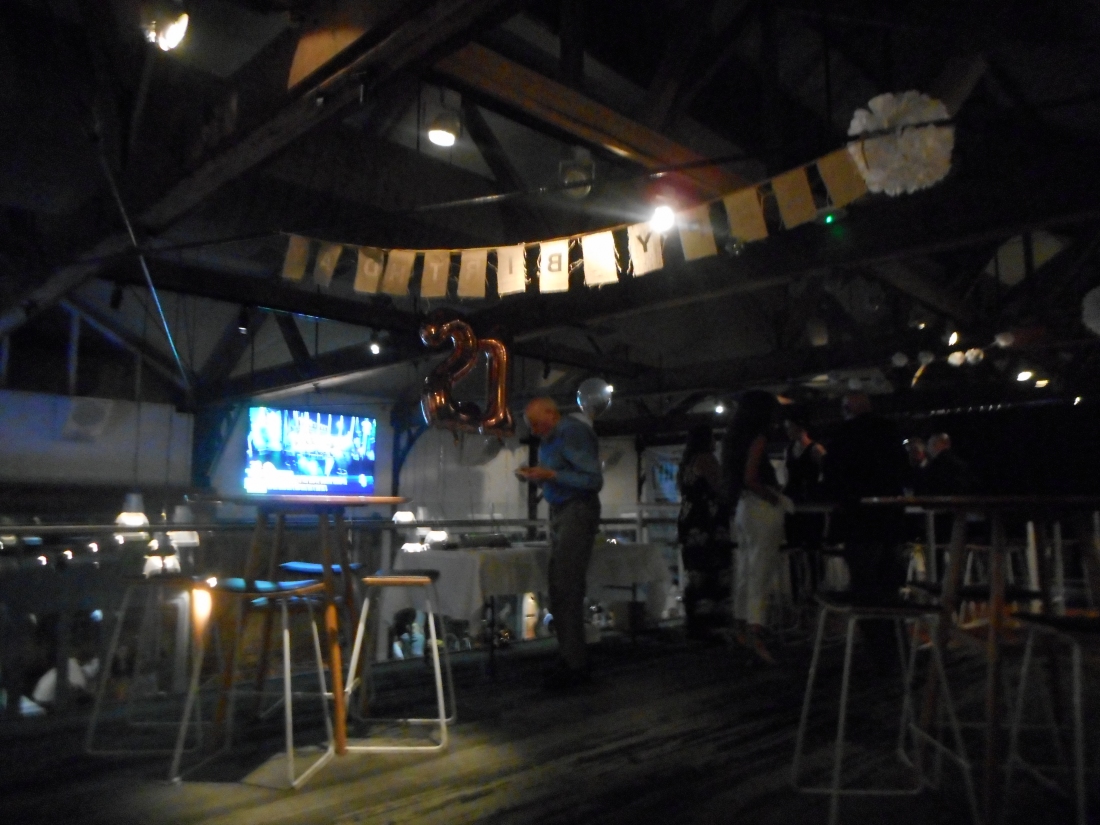 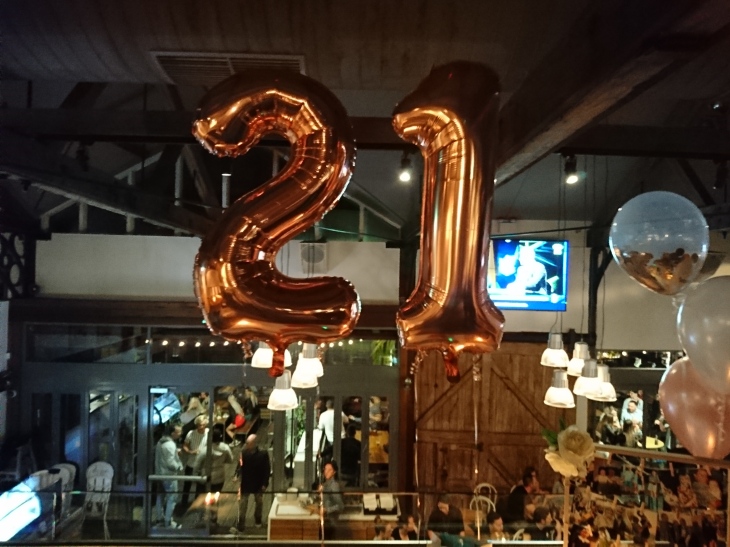 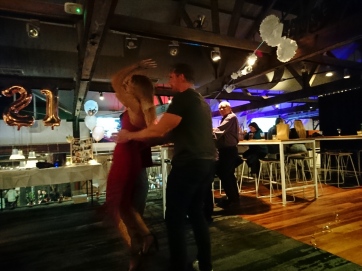 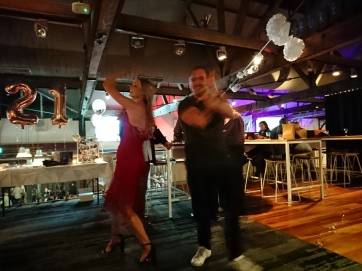 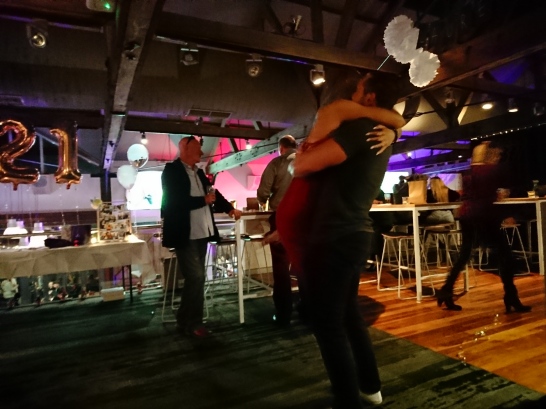 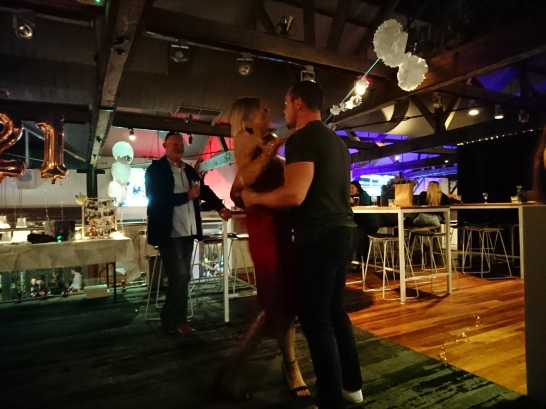 Sunday morning we caught the light rail to the interchange. Then we went by train to Sydney Central Station where we found out that because of trackwork we had to catch the railway bus to Dapto. In Dapto we did then catch a taxi back home.

We worked out that on Sunday going home we had caught four different modes of public transport, namely:

One thought on “Newcastle, NSW, Australia”