Our World is changing! 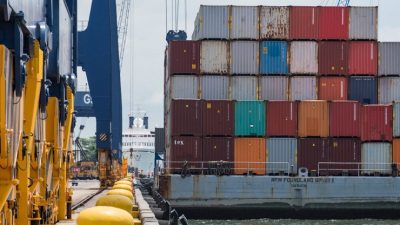 Origins of the Crisis

According to German-based Statista Research Department, some 80 percent of all goods globally are carried by sea including oil, coal, grains. Of that total, in terms of value, global maritime container trade accounts for some 60 percent of all seaborne trade, valued at around 14 trillion US dollars in 2019. This ocean shipping has become the arteries of the world economy for better or worse.

This is a direct consequence of the 1990’s creation of the WTO with new rules favoring out-sourcing of manufacture to countries where production was far cheaper, that is as long as ocean transport was cheap. After China became a WTO member in 2001, they became the greatest beneficiary of the new rules and within a decade China was called the “workshop of the world.” Entire industries such as electronics, pharmaceuticals, textiles, chemicals as well as…