Vioxx is a COX-2 selective nonsteroidal anti-inflammatory drug (NSAID). Vioxx is also related to the nonselective NSAIDs , such as ibuprofen and naproxen. Vioxx is a prescription medicine used to relieve signs and symptoms of arthritis, acute pain in adults, and painful menstrual cycles.30 Sept 2004

How many deaths did Vioxx cause?By the time Vioxx is withdrawn from market, an estimated 20 million Americans have taken the drug. Research later published in the medical journal Lancet estimates that 88,000 Americans had heart attacks from taking Vioxx, and 38,000 of them died.10 Nov 2007

Merck Manipulated the Science about the Drug Vioxx

Scientists from the pharmaceutical giant Merck skewed the results of clinical trials in favor of the arthritis drug, Vioxx, to hide evidence that the drug increased patients’ risk of heart attack. FEATURE

Five tactics business interests use to sideline science, deceive the public and buy influence at the expense of public health and safety.

To increase the likelihood of FDA approval for its anti-inflammatory and arthritis drug Vioxx, the pharmaceutical giant Merck used flawed methodologies biased toward predetermined results to exaggerate the drug’s positive effects. Internal documents made public in litigation revealed that a Merck marketing team had developed a strategy called ADVANTAGE (Assessment of Differences between Vioxx And Naproxen To Ascertain Gastrointestinal tolerability and Effectiveness) to skew the results of clinical trials in the drug’s favor. As part of the strategy, scientists manipulated the trial design by comparing the drug to naproxen, a pain reliever sold under brand names such as Aleve, rather than to a placebo.

The scientists highlighted the results that naproxen decreased the risk of heart attack by 80 percent, and downplayed results showing that Vioxx increased the risk of heart attack by 400 percent. This misleading presentation of the evidence made it look like naproxen was protecting patients from heart attacks, and that Vioxx only looked risky by comparison. In fact, Vioxx has since been found to significantly increase cardiovascular risk, leading Merck to withdraw the product from the market in 2004.

Merck’s manipulation of the science around Vioxx also included a pattern of ghostwriting of scientific articles. Internal documents reveal that in 16 of 20 papers reporting on clinical trials of Vioxx, a Merck employee was initially listed as the lead author of the first draft; on the published versions, an outside academic was listed as the primary author. In one draft of a Vioxx research study that did not yet have a prominent outside name attached, Merck officials listed the lead author only as “External author?” A Merck scientist was also found to have removed the evidence of three heart attacks among patients in a dataset from the results presented.

Tragically, Merck’s manipulation of its data—and the FDA’s resulting approval of Vioxx in 1999—led to thousands of avoidable premature deaths and 100,000 heart attacks. Dr. David Graham, the Associate Director for Science and Medicine in FDA’s Office of Drug Safety, testified in 2004 before the Senate Finance Committee that the FDA’s failure to recall Vioxx earlier had resulted in as many as 55,000 premature deaths from heart attacks and stroke, calling it the equivalent of allowing “two to four jumbo jetliners” to crash every week for five years. Even years after discontinuing use of the drug, patients who have taken Vioxx continue to experience complications.

UCS and the Coronavirus

The Union of Concerned Scientists is actively monitoring the coronavirus pandemic and vaccine rollout.FEATURE

Our running list of attacks on science—disappearing data, silenced scientists, and other assaults on scientific integrity and science-based policy—provides a representative sample of threats to the federal scientific enterprise.PODCAST

What Traditional Ecological Knowledge Can Teach Us

Information about the Center for Science and Democracy’s Scholar-Advocate council.SEE ALL

Get email updatesEmailSign up for updates from UCS; unsubscribe at any time.

Sign up or text “SCIENCE” to 662266. Msg & data rates may apply. Text STOP to opt out. No purchase necessary. Terms and conditions. 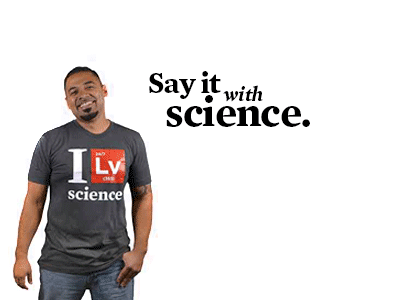 VISIT THE STORELISTEN TO THE PODCAST

Posts on science, solutions, and justice

A blog on the nuclear threat

We use cookies to improve your experience. By continuing, you accept our use of cooki