Abbas Nazari’s memoir couldn’t have come at a more poignant time as he watches his country fall to the same forces his family escaped from 20 years ago.

In After the Tampa: From Afghanistan to New Zealand, Nazari recounts a harrowing journey to leave Afghanistan at the age of 7 and being rescued by the MV Tampa, which resulted in an international diplomatic rift. 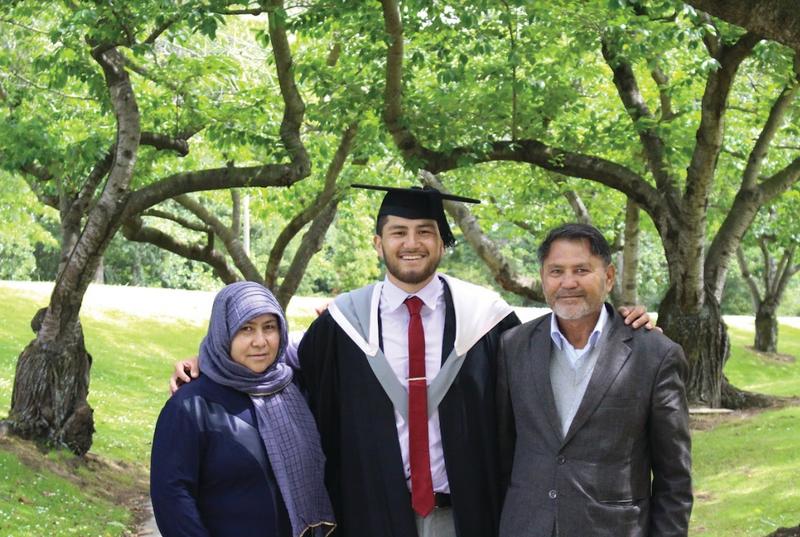 Graduating from the University of Canterbury, pictured with his mother and father. 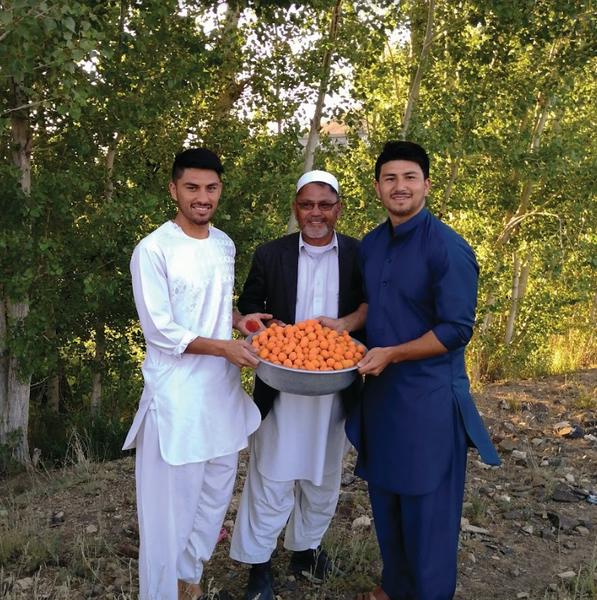 Ali (left), his father (middle) and Abbas helping a Sungjoy family with their apricot harvest in 2017. 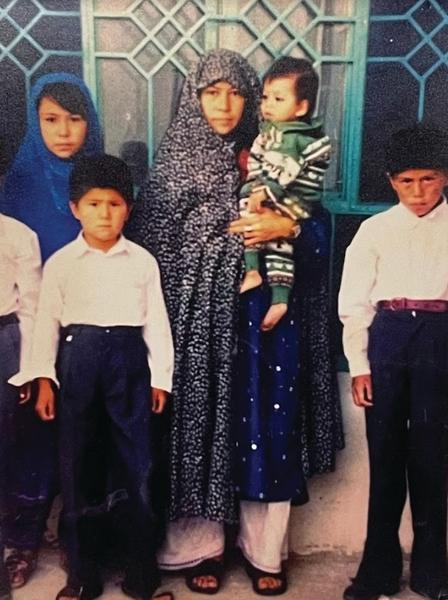 First day of school in Pakistan. 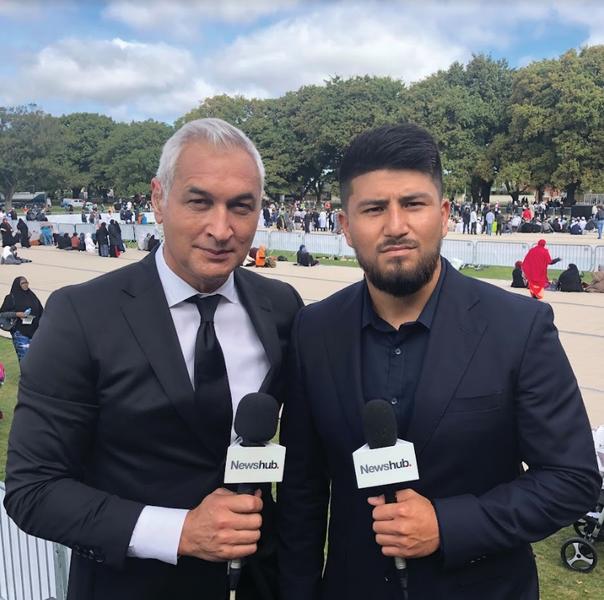 Talking to NZ with Mike McRoberts one week after 15th March. 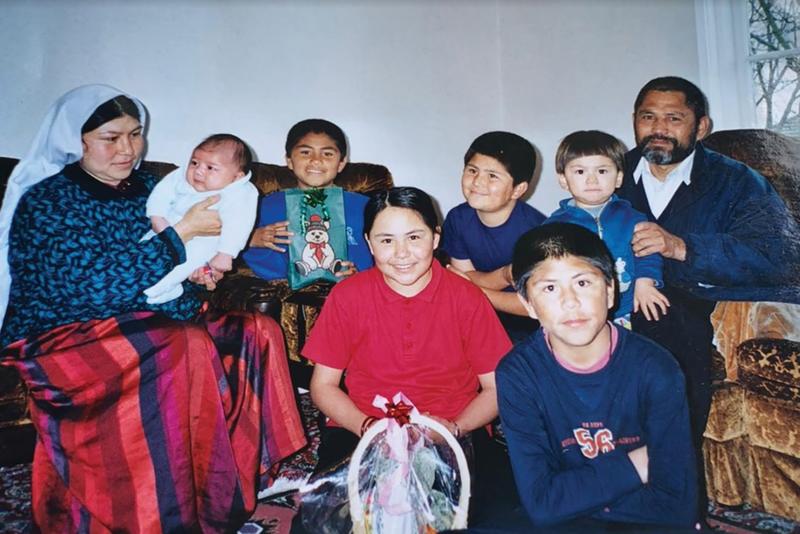 The Nazari clan one year into their lives in Christchurch. 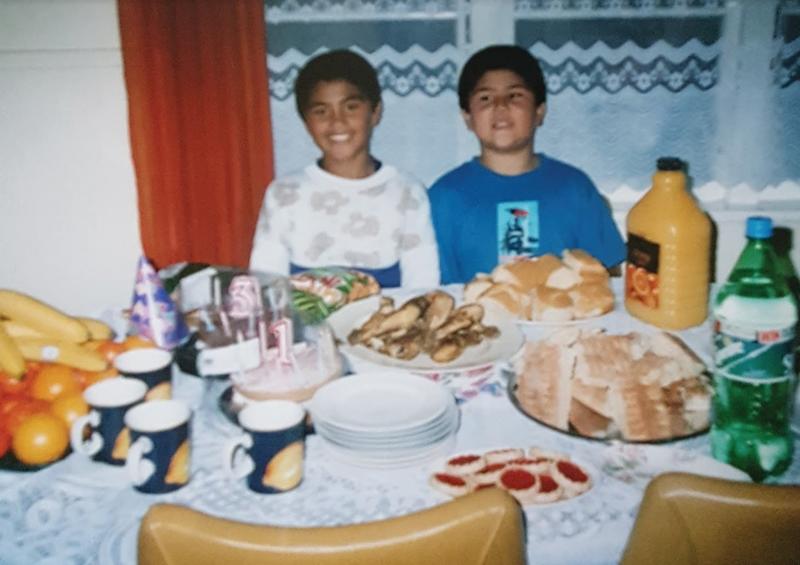 Ali and Abbas learnt about birthdays at school and convinced their mum to throw a joint party.

Listen to the full interview with Abbas Nazari here duration27′ :01″Add to playlistDownload

Listen to the full interview with Abbas Nazari here

Nazari’s story echoes the agonising decisions some in Afghanistan are having to make at every turn.

“The war is coming in and it’s getting more dangerous by the day and so [my parents] had a choice, do we stay and face persecution or potential killing by the Taliban? Or do we pack up our things and seek security elsewhere? And for my parents back then, that was across the border in Pakistan,” Nazari tells Jim Mora.

“There’s so many points along the way where they had to make a decision, to stay or to go into the unknown.”

With the persecution of the Hazaras ethnic minority in Afghanistan, his family became fearful. Having Central Asian genes, speaking a different language, and with most belonging to the Shia’a sect of Islam, they were a visible target, Nazari says.

“Over centuries, that has meant we are an ‘other’, a minority group that is unwanted in the land of the majority.

“In the book, I detail countless instances of massacres, of genocidal acts, culminating with the Taliban takeover and the many massacres and atrocities they committed against the Hazaras Afghans. That is a genuine fear, that now with the Taliban back in power, that they’ll continue what they started in the ’90s.

“Right now when viewers and readers are tuning in to the harrowing images of what’s happening in Afghanistan … we see statistics and crowds of people, but each person there is an individual story, where they’ve either had to say goodbye to their families, where they’ve had their families killed, or whether they’ve had absolute fear of staying because they might be an ethnic minority, a translator, or a woman.

“All that is lost when we talk about what’s happening in Afghanistan.”

The Taliban have claimed that their rule will be different to last time, while Nazari hopes that will be true, he says “their actions speak louder than words”.

Now there’s a sea of people surrounding Kabul Airport, and Nazari says even though they probably have tickets to get out, militants are controlling the checkpoints and have been firing bullets over the crowds to make them withdraw.

His own journey to cross the border was troublesome, he says, when “every second feels like an eternity.”

Barely getting through there to Pakistan and finally Indonesia, they get on a rickety fishing boat with more than 400 asylum seekers, heading to Australia.

“That chapter describes the rollercoaster of emotions we went through. We were in the belly in the hull of the ship that was being torn apart by the wave, I remember the decking falling apart, holes in the sides, the beams are splitting and people are sliding across those decks … and it was the most horrendous experience I’ve ever been through … that particular night is installed in high definition in my memory.

“I remember one of the parents next to me, gripping on to his child, and his prayer he uttered was something along the lines of ‘oh God, if we were to die tonight then let our bodies wash ashore so we can be buried on land’. What more do you need to show how desperate and fearful people were about their circumstances.”

They were rescued by cargo ship Tampa, which was refused entry by Australia and spent 35 days at sea before New Zealand struck a deal to take in 150 people, among them Nazari’s family.

“That was one of the happiest times of my life … I learned my ABCs at Mangere, I remember eating all the mounds of food we were given.

“And how starkly different my life was to the 300-odd men and single dads and elder sons who had ventured alone, who were sent to Nauru, some who would spend three years there before they were given resettlement elsewhere.”

While the story of escaping the violence can be quite grim and dark, Nazari also hopes to show through his book that Afghanistan has known peace before and believes it can be accomplished again.

Nazari is now a Fulbright scholar, and recently came back to Aotearoa from his studies in the United States at Georgetown University. He was due to appear alongside former prime minister Helen Clark at a WORD event – which has now been cancelled due to the Covid-19 outbreak.