I think I want to reblog this. Somehow it makes me think, how important it is, that women and men have equal rights where women can have powerful roles without having to act like men! 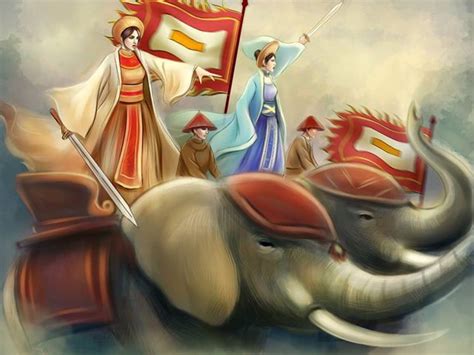 In this lecture, Benjamin explores the history of Vietnam and its troubled relationship with China. Genetic and archeological evidence indicates the Nam Viet (People of the South) were ethnically distinct from the Chinese. Intermarrying with people of Khmer and Thai ethnicity, they preferred to live in nuclear families, rather than extended families like the Chinese. Owing to the absence of Confucian influence, Vietnamese women had a much stronger presence in public life.

For many centuries Vietnam controlled the Red River Valley, presently part of southern China. Despite periodic raids in which Chinese armies took control of isolated Vietnam villages, China met strong resistance in its efforts to colonize the country. Yet the close contact increased China-Vietnam trade and adoption of Chinese inventions by Vietnamese elites. The Nam Viet traded ivory, tortoise shell and aromatic…

2 thoughts on “The Powerful Role of Women in Vietnamese History”