We spent last weekend at Sussex Inlet as you may have seen from my previous posts. There are some more pictures from that weekend that I still want to publish. We had a barbecue on Friday night as well as Saturday. On Sunday we had to leave for home soon after lunch.

It did get very dark at Sussex Inlet. Our Units were quite some distance away from the barbecue area. I found it a little bit difficult to walk along the dimly lit grass. I was always grateful when someone helped me to find my way.

Monika and two of her daughters enjoyed doing the barbecue. There were different salads, as for instance potato salad as well as rocket salad and bread rolls.

On Friday night, soon after our arrival, we already did have a barbecue with all the family. On Sunday Matthew and Caroline cooked lunch for us. Sunday was a rainy day. This is why it would not have been such a good idea to carry all the supplies for lunch to the barbecue area. It was decided to have lunch on our verandah. Our family had rented four units. They were all next to each other. From every unit a table was carried to our verandah. And everyone carried their own plate, drinks and cutlery from their unit to the tables on our verandah. We had been sixteen people. But Mark had to leave early. Soon after it turned out that four of the young people could not stay for lunch either. In the end we were ‘only’ eleven people, including two year old Lucas’. 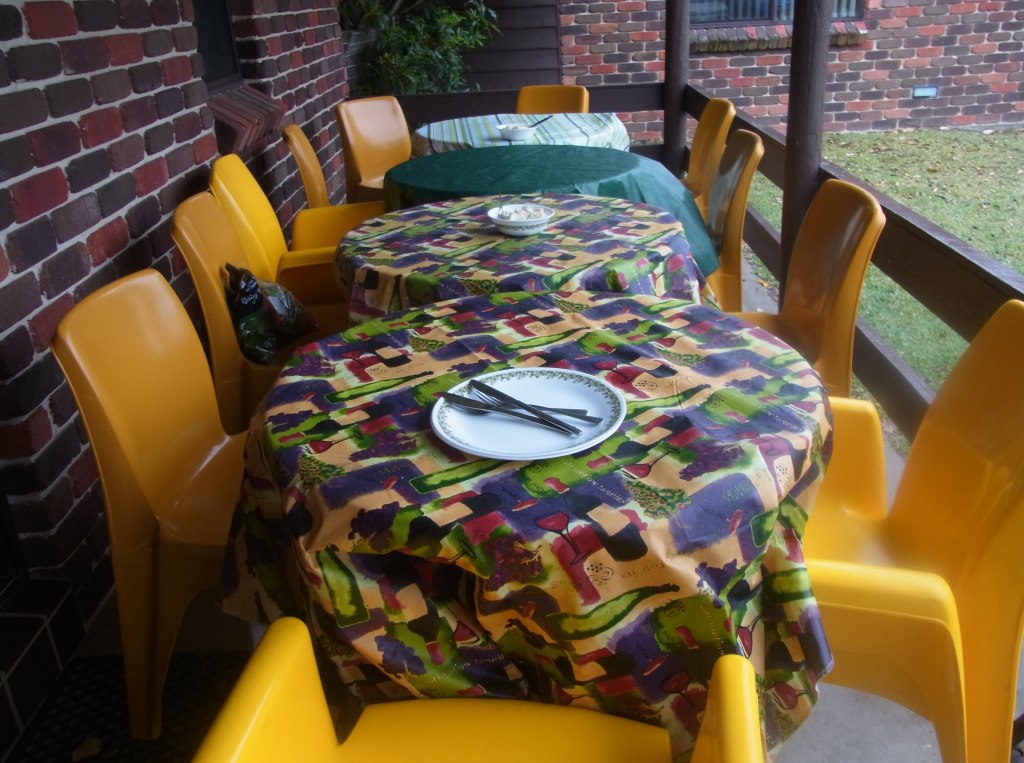 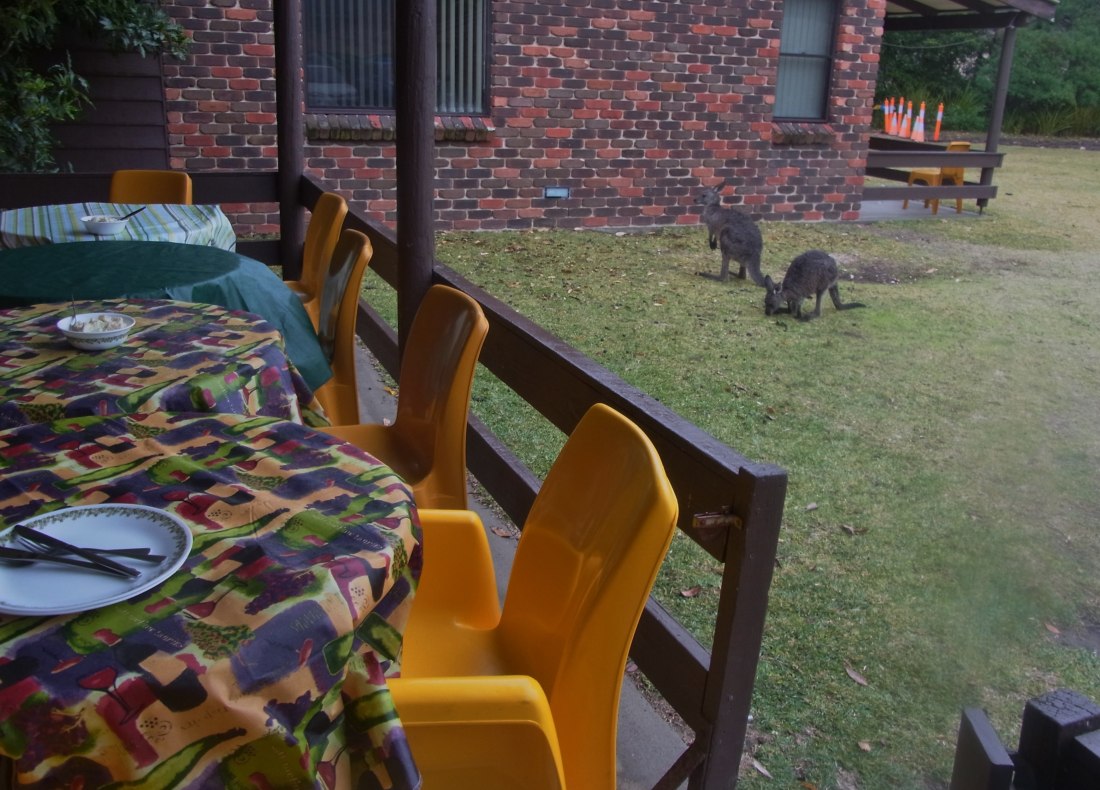 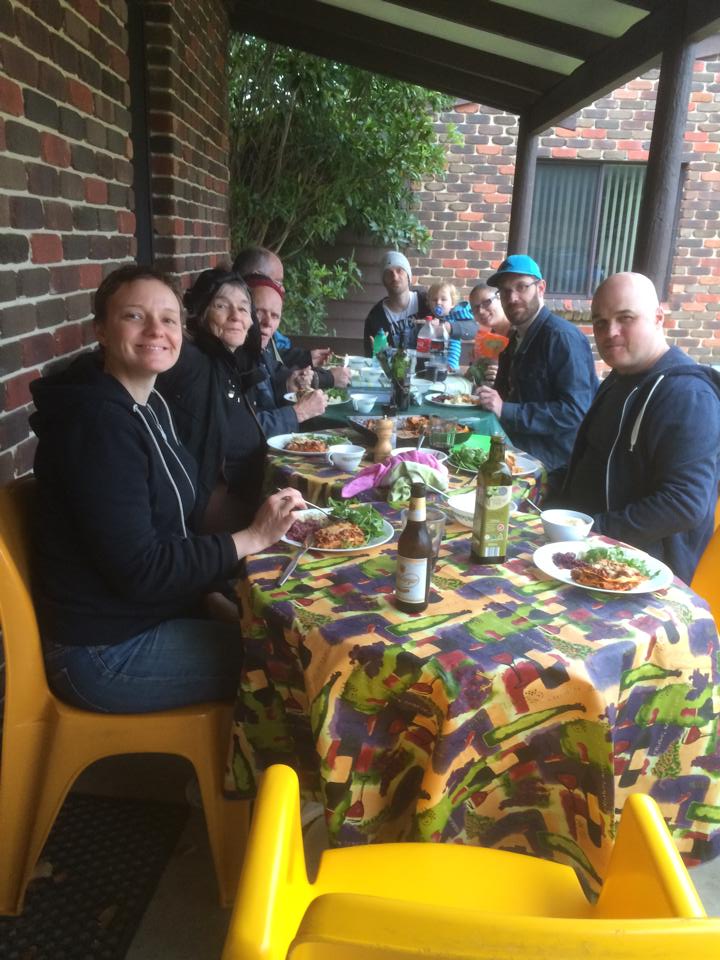 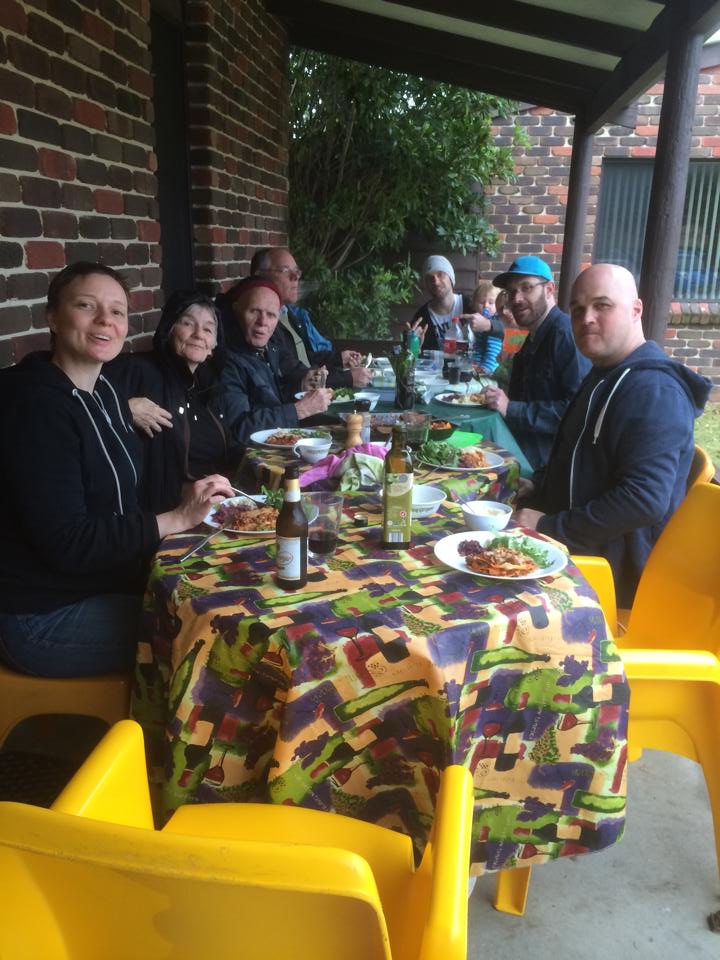 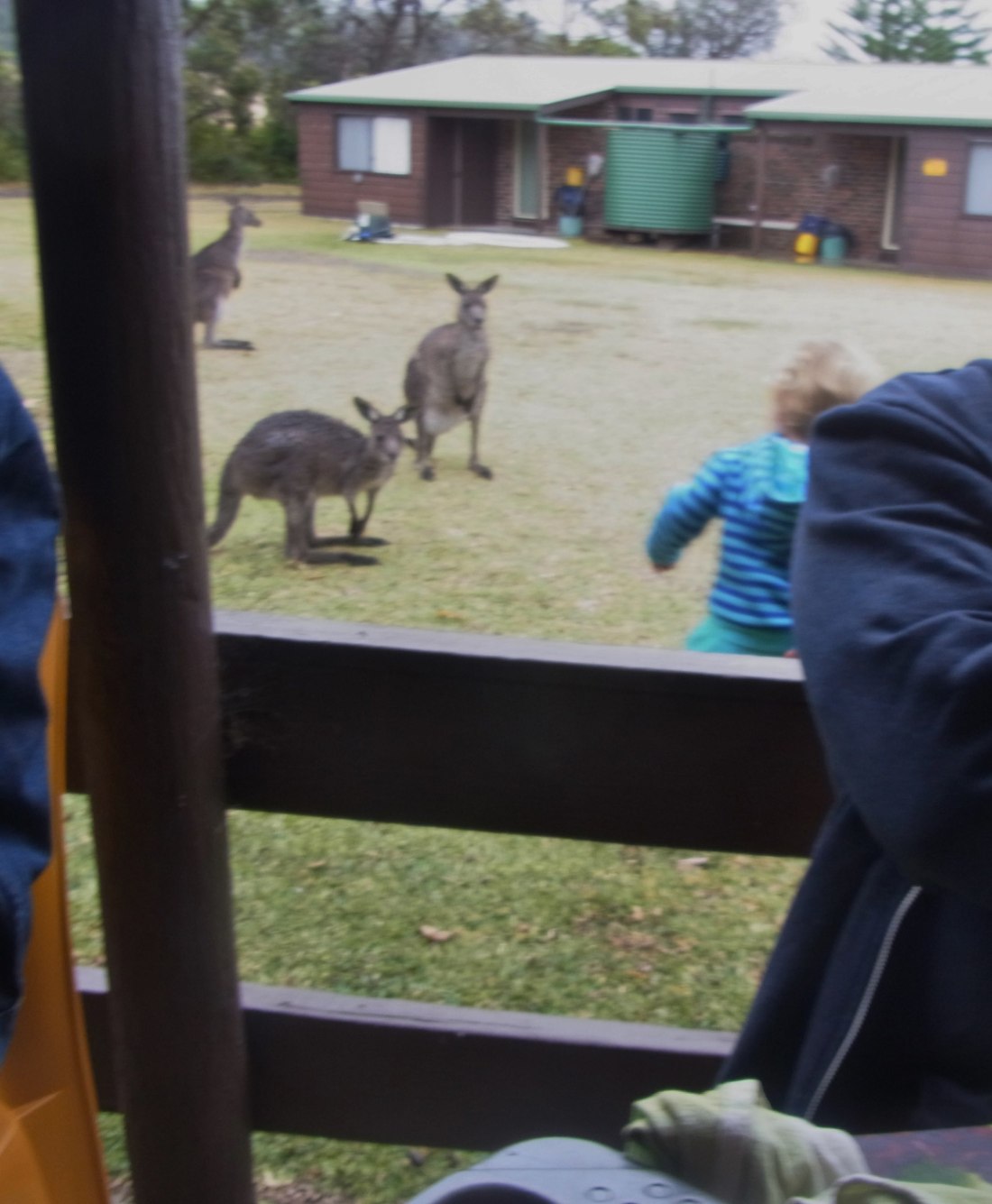 Saturday night was card game night in one of the units. Expecting Ebony and Lucas needed a rest and went to bed early. Eight people were playing cards, always four at a time. The rest were just watching. 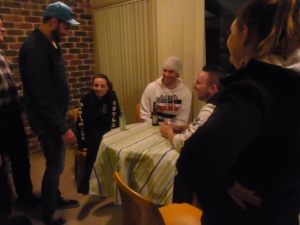 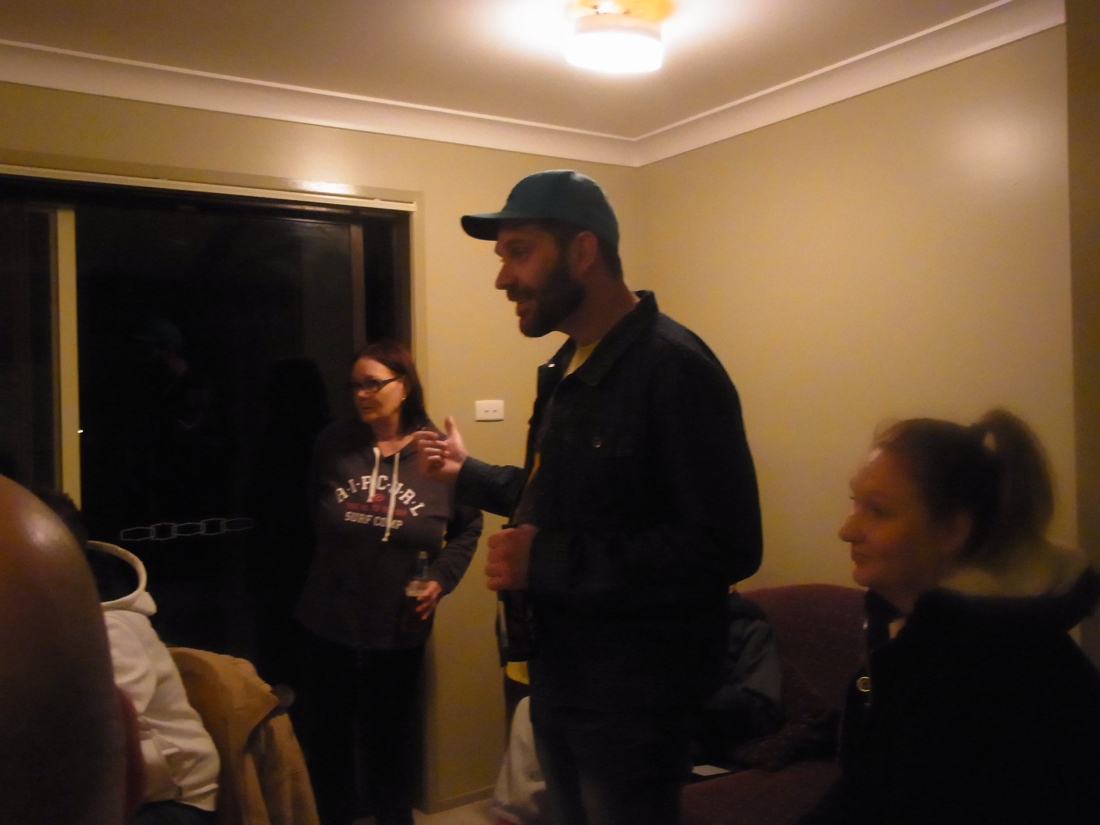 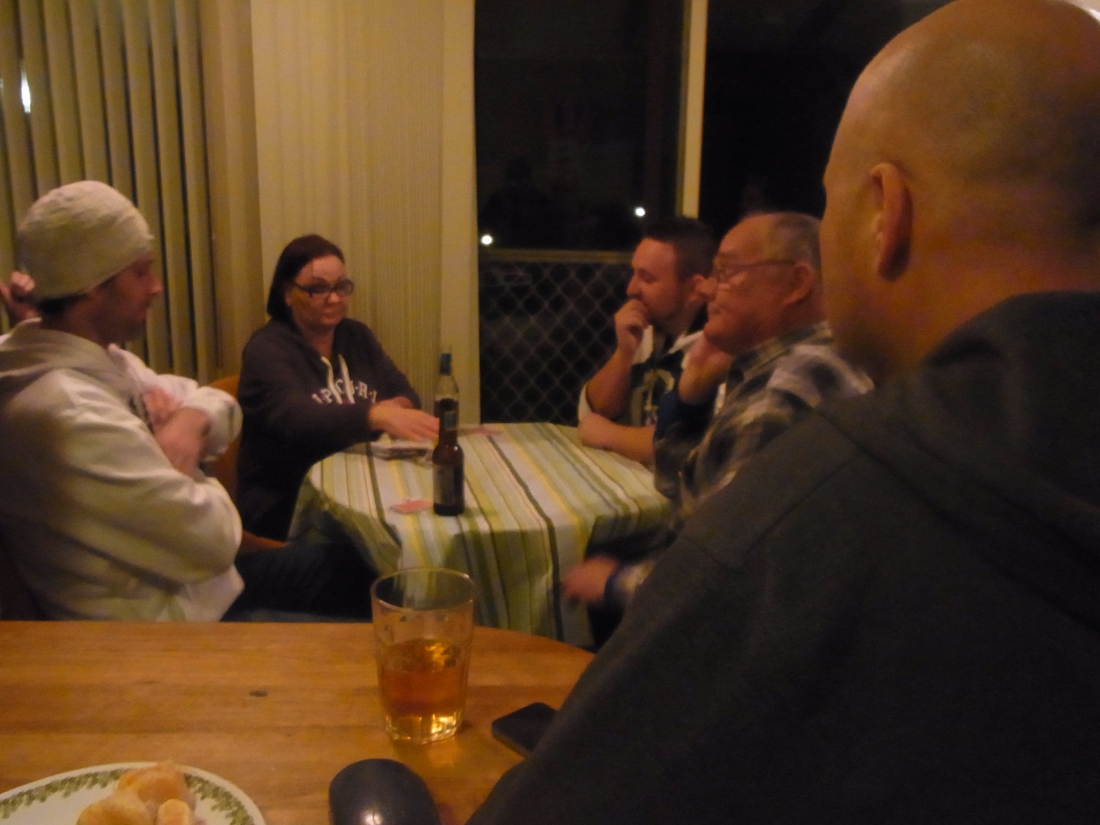 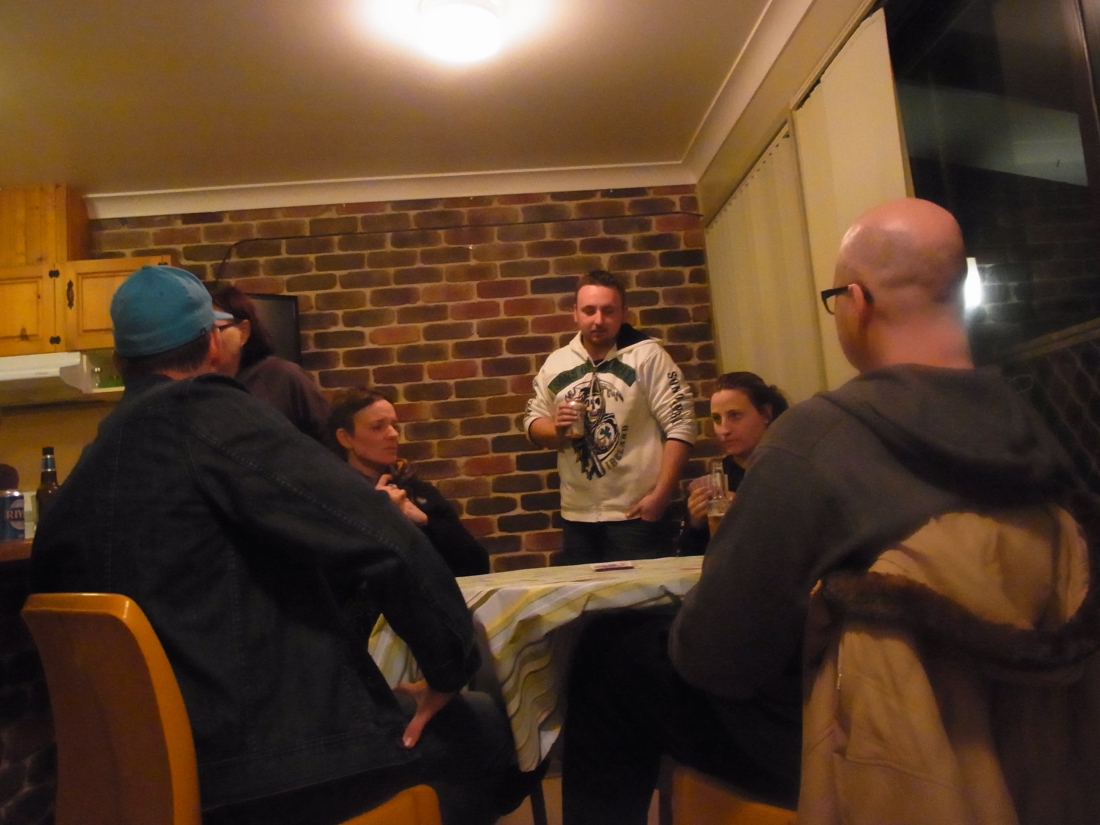 After the card games we asked everyone over to our unit for some drinks of sparkling wine. We had a few bottles of this and Caroline poured the sparkling wine into these blue wine glasses. We were able to use the glasses from all the different units. I mentioned that I was looking forward to my approaching birthday. I actually sang a song about my approaching birthday which may have impressed a few people!! Ha,ha. Anyhow, I was in a cheerful mood.

Here is the song (the German version);

The following day, Sunday, after lunch all the units had to be cleaned before we could leave. Some people were still cleaning while others were waiting outside. Here I am with the group of people who were waiting. 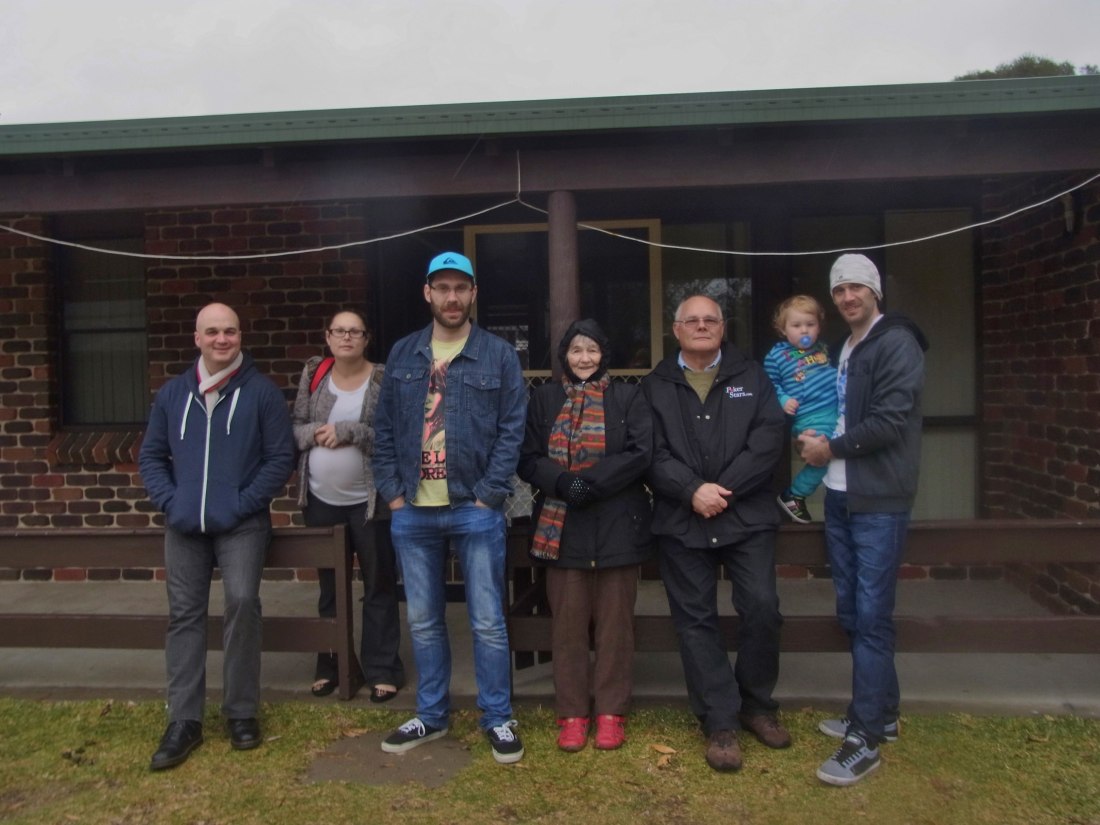 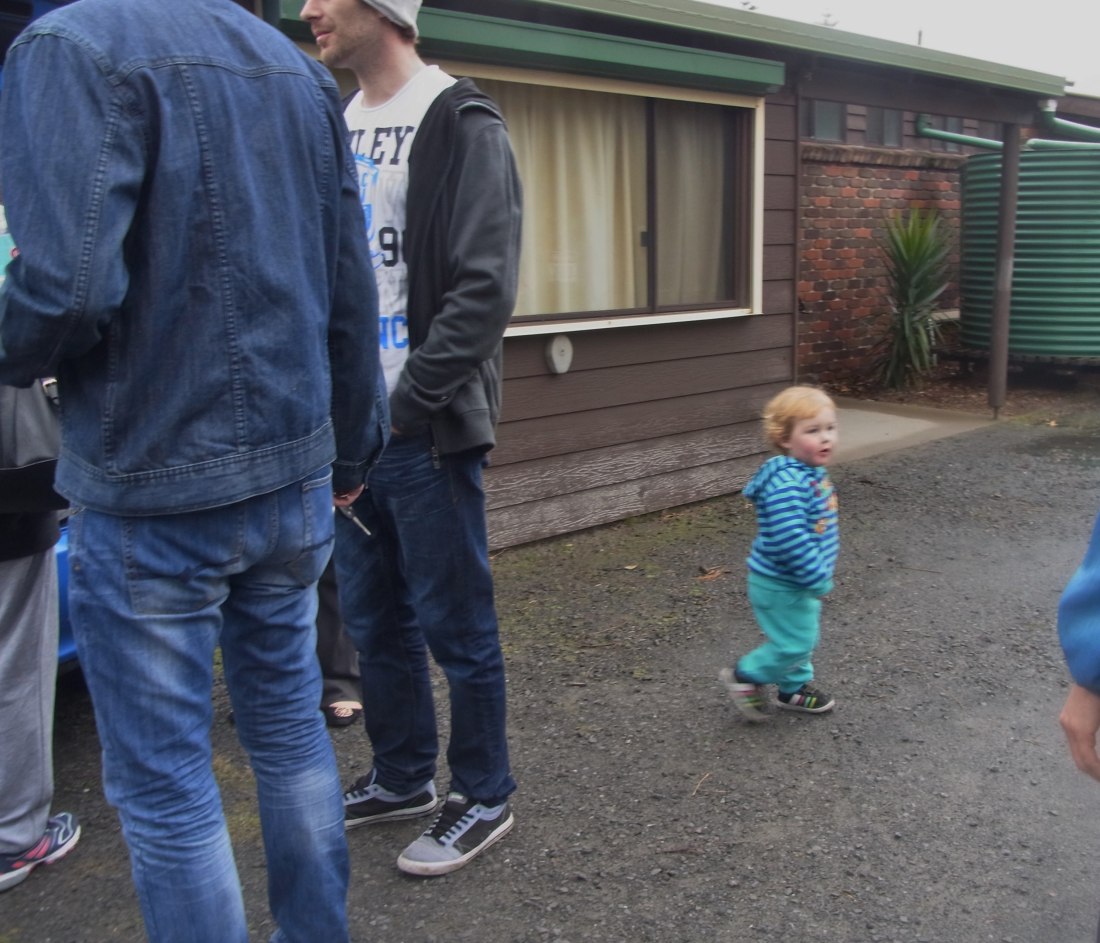 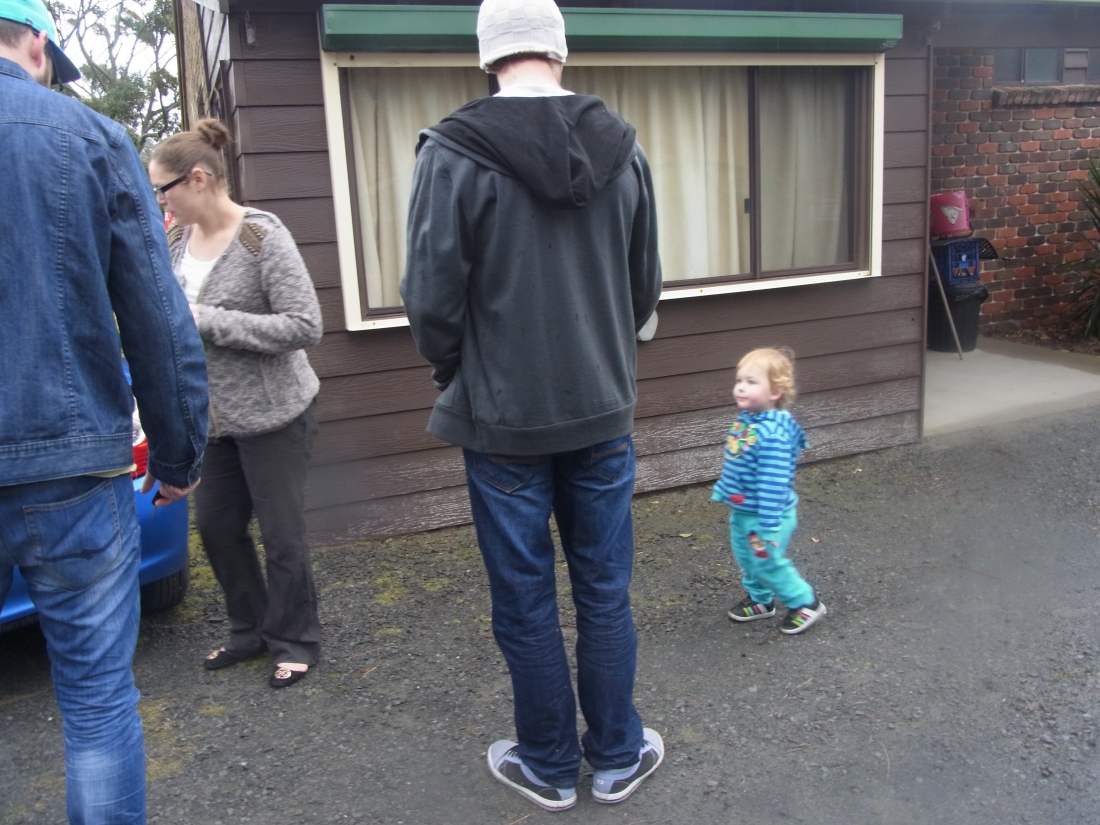