Above is the video that was taken in the Volkspark am Weinberg.

We had arrived on Saturday, the 4th of June. Ilse’s sons had come to Tegel-Airport to pick us up and drive us with all our luggage to our apartment in Rubensstrasse. It was so good to have the two cars waiting for us. Klaudia as well as Ilse and Finn had also come along and we took off on the Autobahn that took us from the airport to our apartment in just a few minutes! Once we were settled in our apartment, we were given huge amounts of food, especially Ilse and Finn had brought a lot of food along. So all of us stayed together for quite a while, talking about lots of things and having a nice meal.

Strangely enough we did not feel too tired to go out to the Brandenburg Gate after our Berlin family had left us. So it was the five of us from Australia, namely Martin, Caroline, Matthew, Peter and me, exploring Berlin on our own on our first day in Berlin after we had only just arrived on our very long trip all the way from Australia.

The following morning we went out for breakfast. Die “Wolke” was just around the corner. They were doing pretty good business on a Sunday morning. We noticed a constant stream of customers. So we had a good breakfast sitting down in the Wolke Cafe.

Steak tartare is a meat dish made from finely chopped or minced rawbeef. 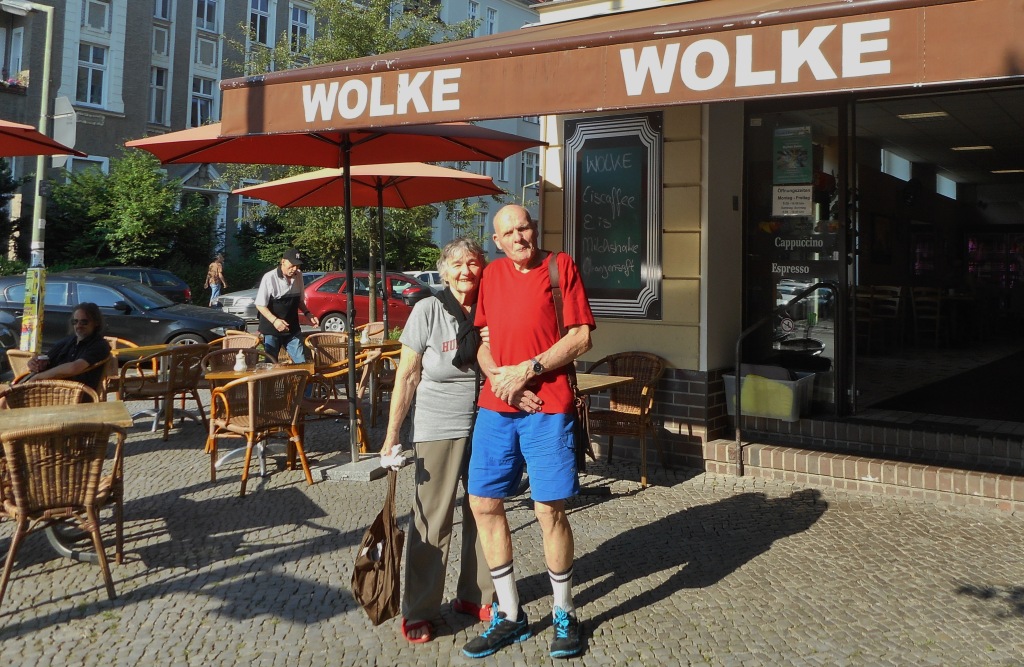 I seem not to have taken any pictures from that afternoon we spent near Brandenburg Gate (Brandenburger Tor) and where we had gone to by public transport.
But on Sunday the five of us did – also by public transport –  go to Alexander Platz and from there on the U-Bahn to Rosenthaler Platz to meet my niece Corinna and her son Carlos for lunch. 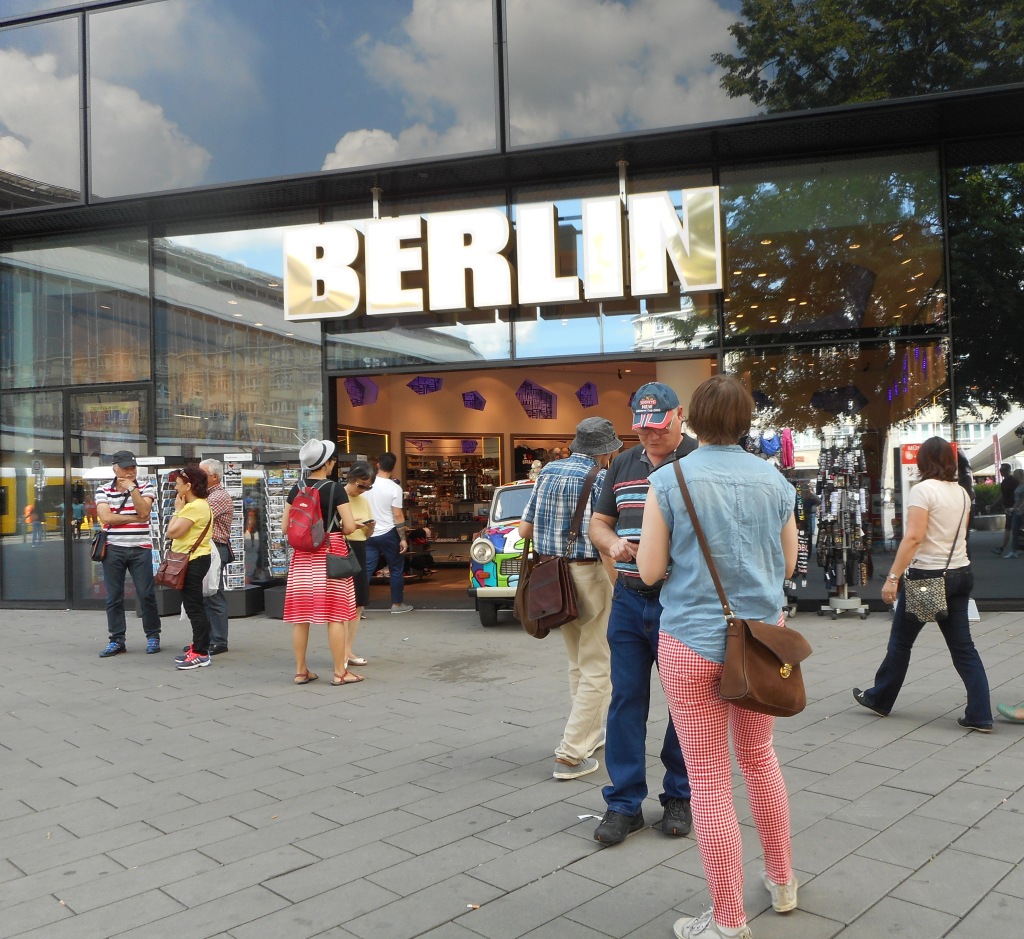 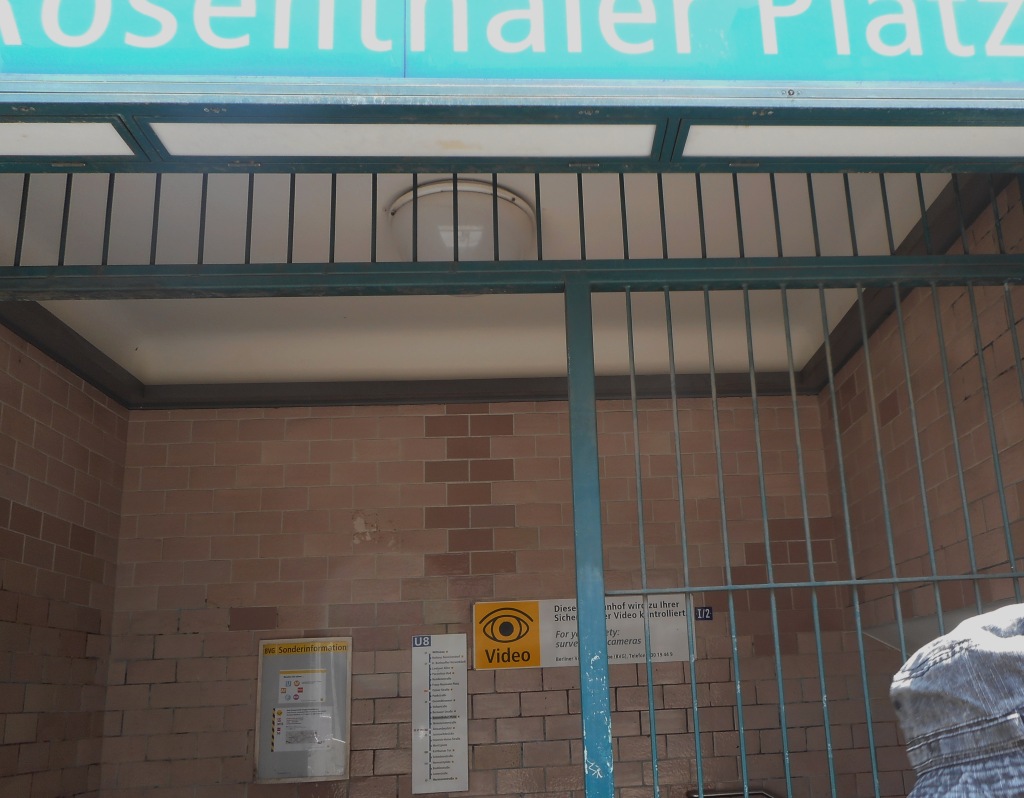 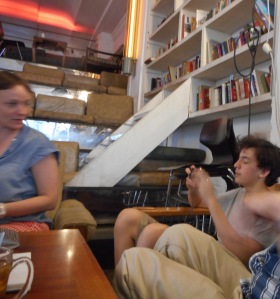 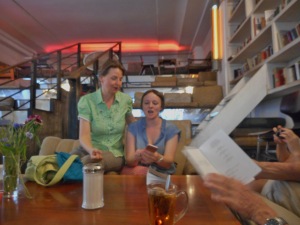 When we left this interesting place we were heading for the park where – as Corinna promised – there would be some dancing on display together with great swing music from the 1940s. Carlos had made his good-buys in the meantime. (After all, it is only a certain amount of time a fifteen year old is willing to spend with the ‘oldies’!)

Peter and I found the music quite electrifying. It reminded us of old times and the swing music that we used to like. During the 1950s, when we would often go dancing, swing was still quite popular.On that Sunday afternoon in the park inspired by the music  Peter and I actually tried a little bit of dancing of our own. To our amusement, somebody videoed us while we were doing this! (See video at the beginning of page) We found this absolutely hilarious. Later on we watched for quite some time the dancing of the very young people. They seemed quite familiar with this type of dance music and danced very well indeed. A lot of these young people had dressed up in the 1940s style. There was even one young guy who had dressed in something that reminded us of the post WWII period when the young Americans of our occupation forces looked in their  uniforms a bit like this guy did. Quite amazing!

It was a balmy early summer afternoon. We enjoyed our drinks, listening to the music and watching the young people dancing. The place is called “Volkspark am Weinberg”. 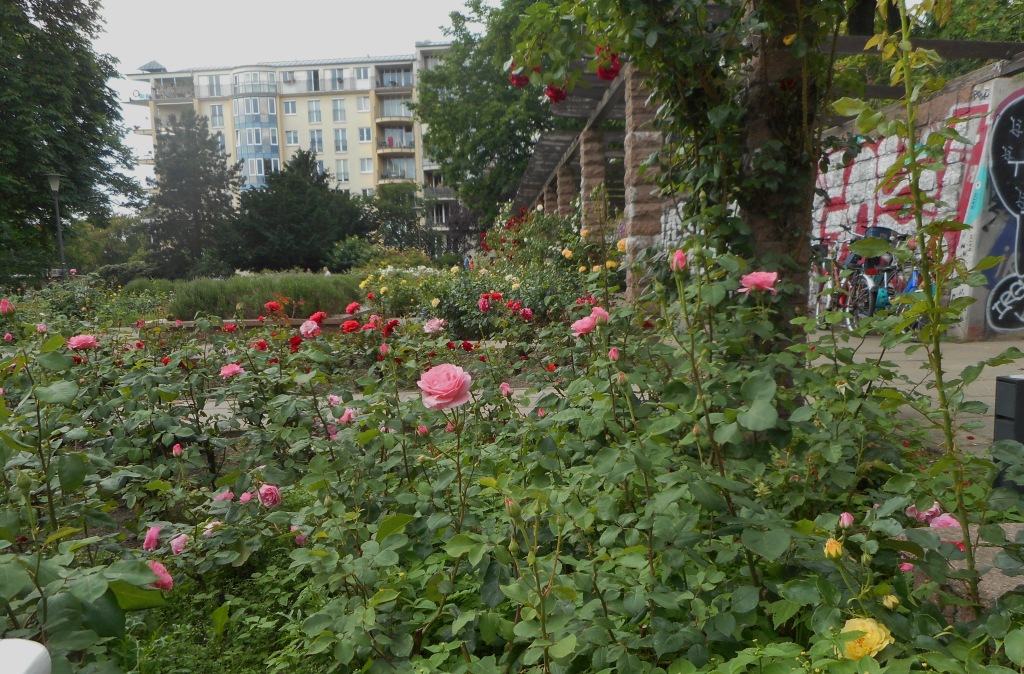 8 thoughts on “Our first Sunday in Berlin”