I publish here part of what Helen Davidson says in The Guardian:

Helen Davidson is a re oporter for Guardipublisan Australia, based in Darwin.

The top police officer on Manus Island has flatly rejected the Australian immigration minister’s claim that a shooting last Friday was sparked by detainees taking a five-year-old boy into the detention centre.

“It’s a total separate incident altogether,” he said. “The incident that transpired on Friday was because a duty soldier was being assaulted by one of the asylum seekers or refugees.”

Yapu said a young boy had gone to the centre to ask for food about two weeks ago, but he was not led there and was 10, not five. The boy’s parents had not made a complaint, and police were not investigating any link between his visit and the shooting. 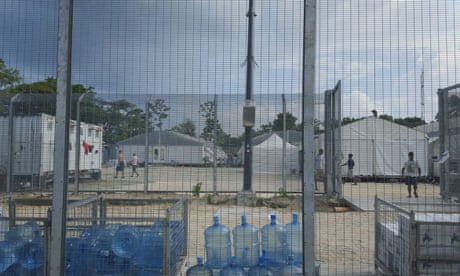 Last Friday evening multiple shots were fired at and around the immigration detention centre. Asylum seekers, refugees and centre staff cowered in rooms or ran into the jungle to escape the rampage, which Yapu blamed on “drunken soldiers”.

The navy and Yapu said detainees had refused to leave a soccer field on the naval base and accused an asylum seeker of assaulting a soldier – which detainees who spoke to the Guardian denied. The situation then escalated and at least two people were injured. The navy said asylum seekers had thrown rocks and all parties acknowledged soldiers were shooting.

But on Thursday, Dutton alleged the shooting occurred after local people witnessed asylum seekers leading a five-year-old boy towards the centre.

“I think there was concern about why the boy was being led, or for what purpose he was being led, away back into the regional processing centre,” he told Sky News.

“I think it’s fair to say that the mood had elevated quite quickly. I think some of the local residents were quite angry about this particular incident and another alleged sexual assault,” he said, while conceding he did not have “full details”.

The comments formed Dutton’s only public statement on the shooting since it happened a week ago.

On social media detainees also disputed Dutton’s statement, saying the allegation related to an incident two weeks ago when a young boy asked for some food and detainees told him to stay at the doorway while they gathered some up. Benham Satah said several CCTV cameras would have captured the visit and called for Dutton to release the footage.

“Security came to them later that night and asked what [the] child was doing and they explained and security left,” he said. 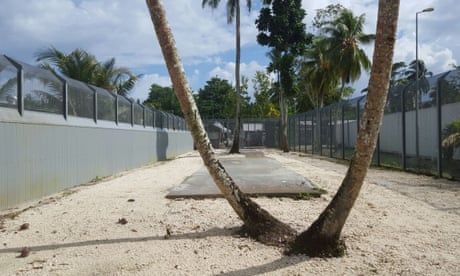 Manus centre has been closed, PNG chief justice says – despite the 800 men still held there

“My friends who were there say we are ready to testify and request for camera records of this false accusations.”

The Greens senator Nick McKim told Guardian Australia Dutton had been caught telling an “outrageous lie” and should either “resign or be sacked”.

“This is on top of consistent failures to protect vulnerable people to whom he owes a duty of care,” McKim said.

“If he won’t go the PM ought to sack him. This has disturbing echoes of the children overboard lies.”

When Cassidy refers to certain facts from the above incident on Manus Island, Dutton says: “I give you the Facts!”