In my ‘Childhood Memories’ I published this:

In this post I wrote about the birth of my little brother. This ‘little’ brother is about to turn 80. Yes, on the 9th of June this year he is going to be 80. He still lives in Berlin in a home for the aged  where he is well looked after. On a visit to Berlin I was able to see brother Bodo on his 78th birthday. My younger brother Peter Uwe also came to Berlin at the time. So two years ago, on the 9th of June, Peter Uwe and I  went together to see our brother Bodo!   Now, in 2018, he is going to turn 80 . . . . !

So some time ago I published among other things the following: 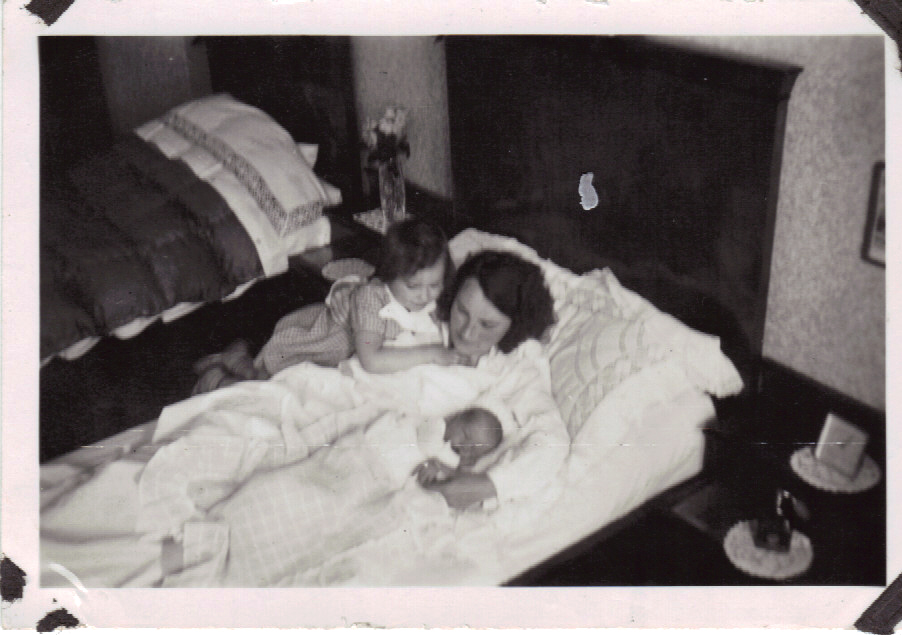 On the 9th of June 1938 my brother Bodo Alexander was born. He was born at home in our apartment in Berlin, Bozener Strasse. Here in this picture he is only a few hours old. I was thrilled to have a baby brother! I believed the ‘Klapperstorch’ had brought him. Mum’s sister Ilse was very excited about this addition to the family as well. Later on I always heard stories about how this home delivery took place. And I did sleep through all of it.When I woke up in the morning, Tante Ilse led me to the cot in the parent’s bedroom. And surprise, surprise, der Klapperstorch had brought a beautiful baby boy. I do remember how he was there in his cot. Later on was  taken the above picture where the baby is in Mum’s bed and I am beside Mum looking at my beautiful little brother.