The week ahead, Easter week, is going to be rather busy for us, especially for Peter. He has an appointment with his dentist in Corrimal for tomorrow. On Tuesday he has to drive to Corrimal again for an appointment with the skin specialist. Sometime during the week we’ll go to Wollongong to pay the Hearing Clinic a visist. They did send one of his hearing pieces away for repair. Peter hopes that he can get it back pretty soon. He really needs it back urgently. His hearing is absolutely shocking at the moment!

So, on Thursday is my slow movement exercise class on. Peter drives me there and picks me up again an hour later. It would be nice if he could bring himself to join this class, but alas, he’s very reluctant to do this.

So comes Good Friday. This is a Friday where my friends and I won’t have a games afternoon. That means,  I may be able to help Peter a bit in the kitchen since Peter is planning to bake a few cakes for Easter, hoping this is going to attract a few visitors!

This leaves Saturday for us to do a bit of extra cleaning and probably some extra shopping as well.

Today, I already published a post with the pictures that Peter took on our last trip. I took a few pictures with my camera. I finally downloaded them yesterday with a bit of help from Peter. Now I see, that I can still publish some of my pictures as well. 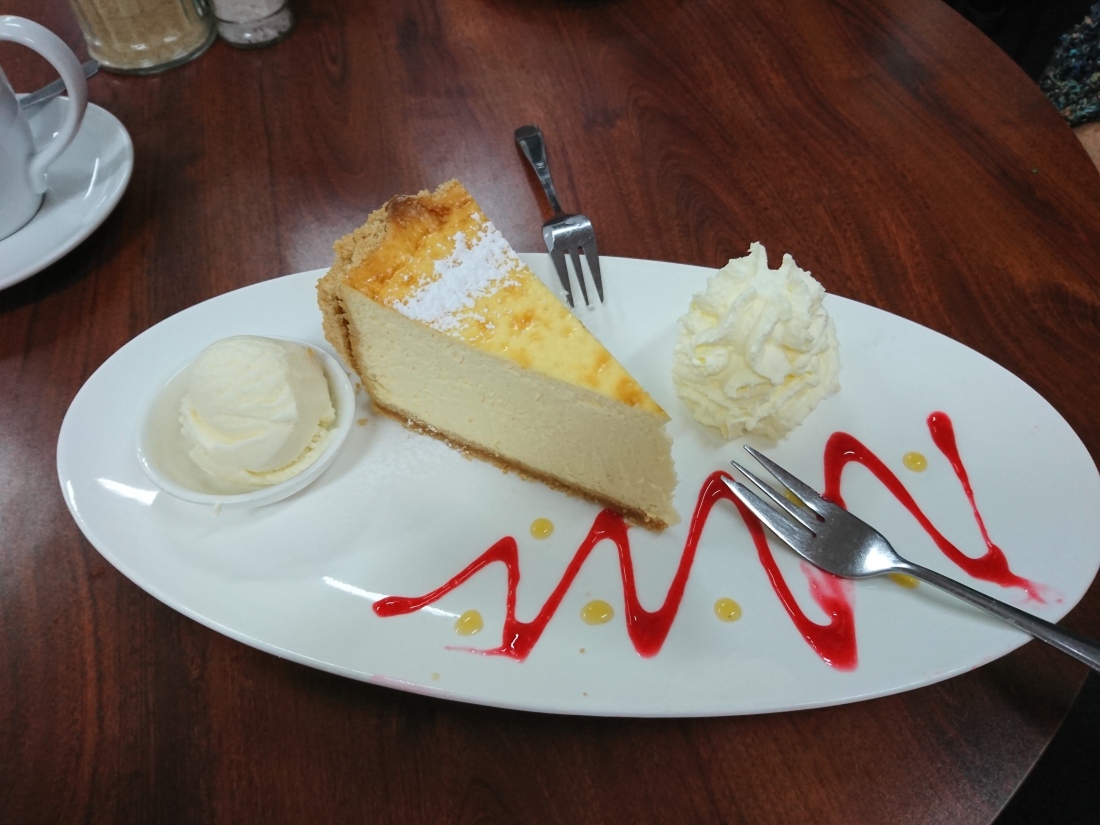 Leaving home at 9 am our first stop was Moss Vale for brunch. So, here is the picture again that Peter took of our piece of cheese cake that we had at our much preferred cafe in Moss Vale. Before consuming this excellent cheese cake we had had an excellent ‘half’ breakfast each there at this great cafe. The ‘half’ breakfast consisted of two small wonderfully crispy pieces of bacon and one egg, mine was beautifully poached, Peter had a scrambled egg and toast, whereas I had Turkish bread that went very well with the poached egg. We also had delicious mugs of coffee to go with our meal.

I think it was close to 11 o’clock when we were ready to leave Moss Vale. With a couple more breaks we reached our motel in Gundagai by around 3 pm.

We stayed again in the Gundagai Motel:  http://gundagaimotel.com.au/

Of course we had our own Tea and coffee making facilities and stayed in the motel for a relaxing afternoon and evening. For supper we just had some cup a soups from Aldi with a few bread rolls that we had bought in Moss Vale. We had planned to go for breakfast to that heritage bakery in Gundagai just up the road. When we arrived there at 7 am, it was still closed. Not far away was a huge Woolworth Store that was already open. This Woolworth store had of course heaps of things. But nothing fresh from a bakery as far as we could see. We bought tubs of yoghurt and portions of cream cheese for our breakfast in our motel room. Since there were no fresh buns available, we just used the left over buns from Moss Vale. Anyhow on that Saturdy we arrived for a very good salad lunch at our son’s place in Benalla.

I took a few pictures along Gandagai’s main road before we decided we’d buy a few things for breakfast at Woolworth. 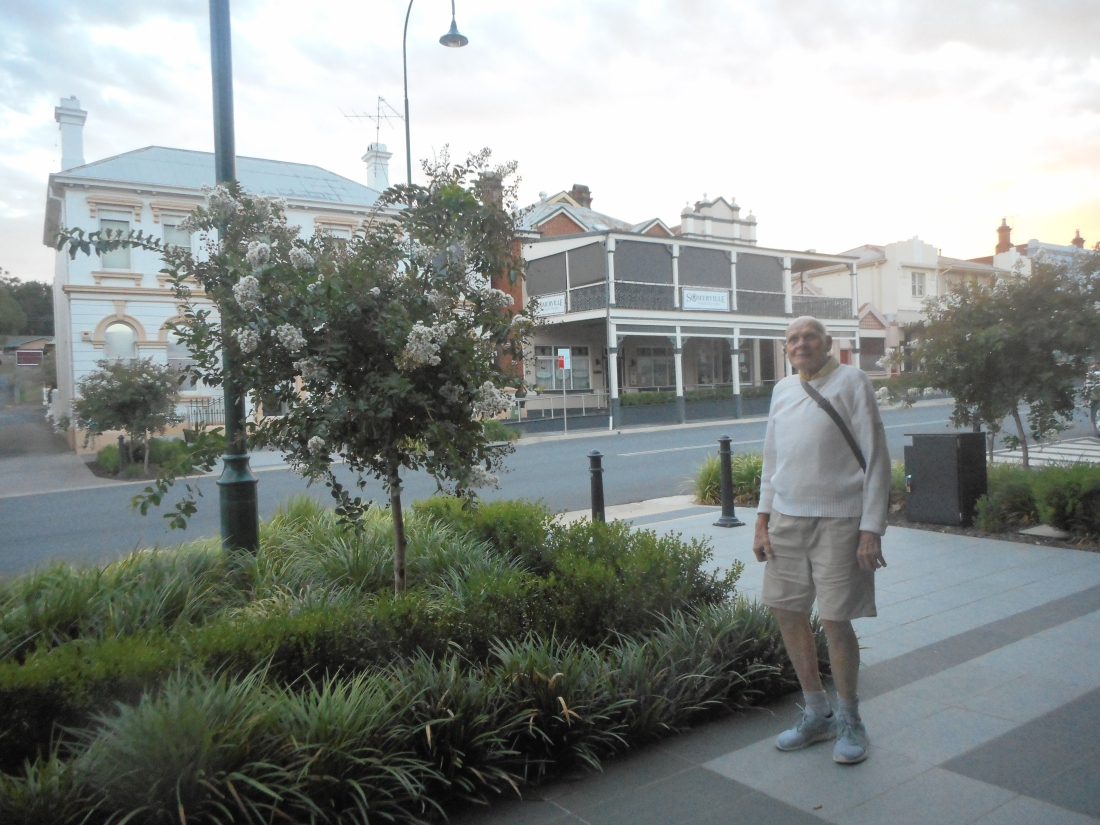 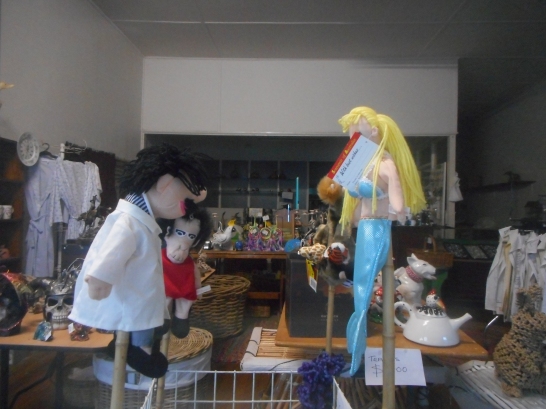 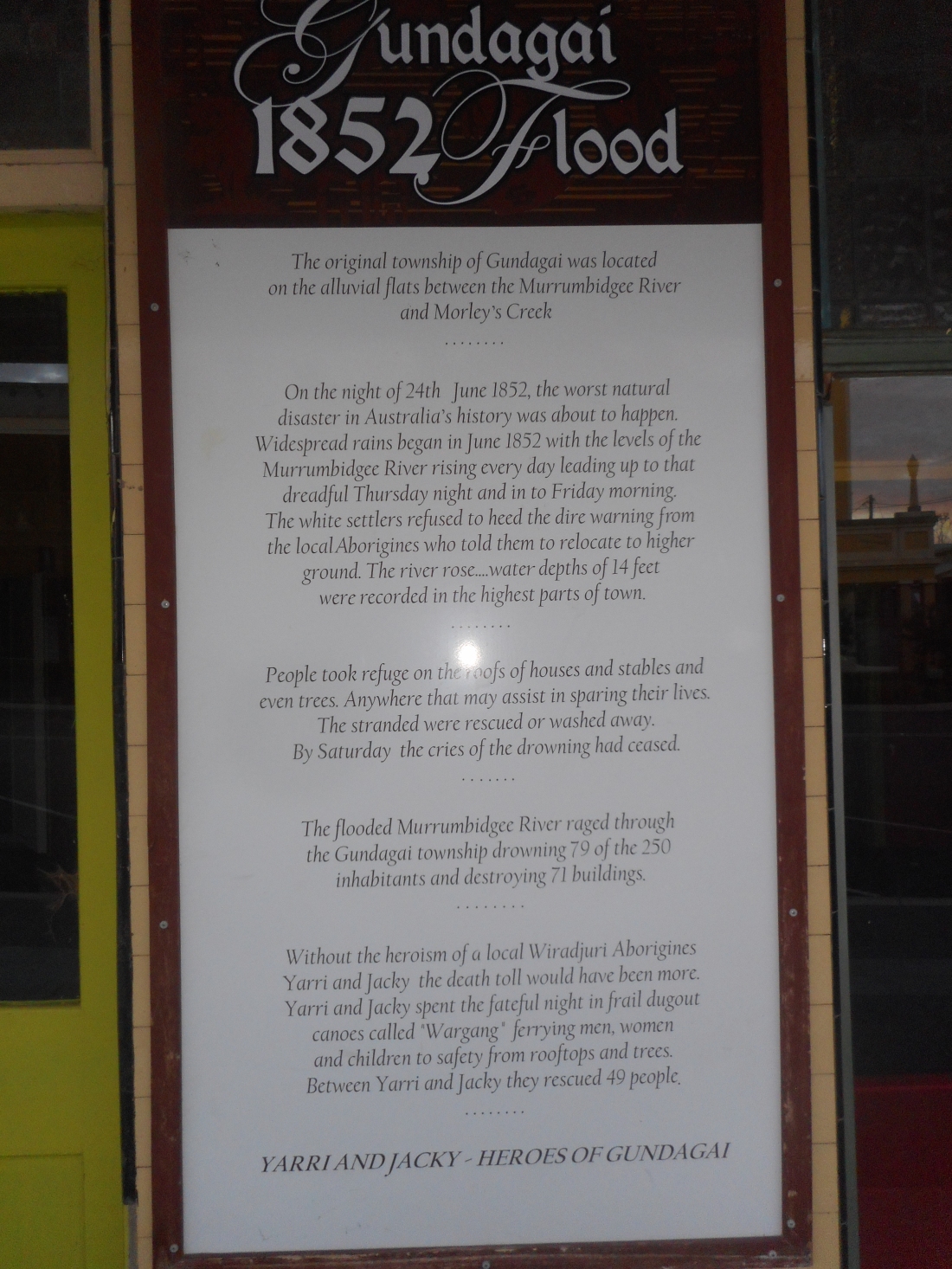 This is where Peter took his sunrise pictures in front of Woolies.

On the Way from Gundagai to Ballina we stopped here: 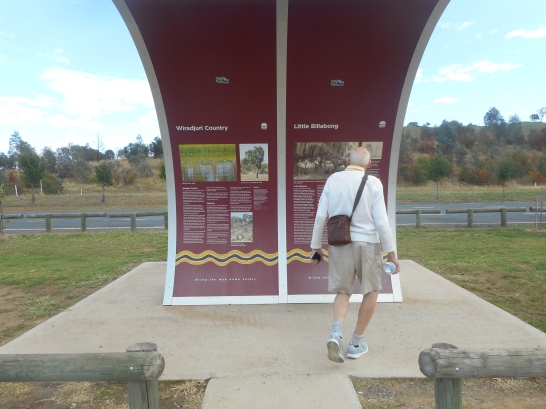 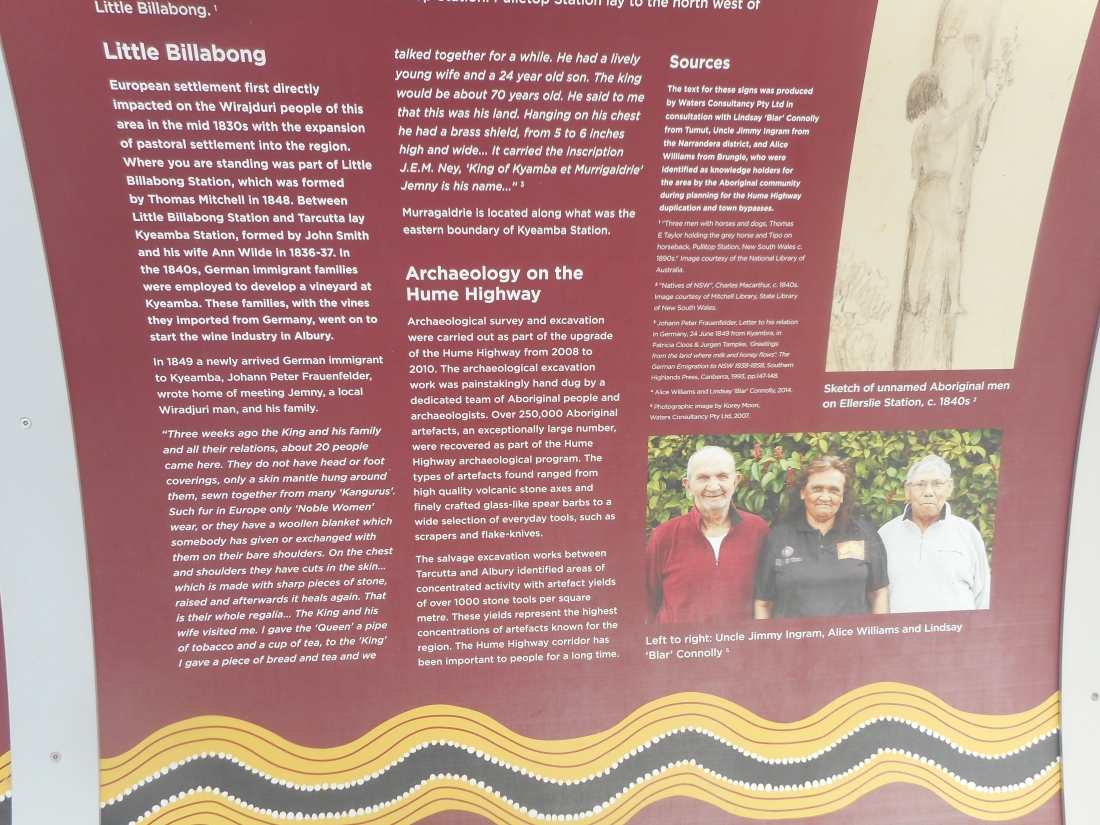 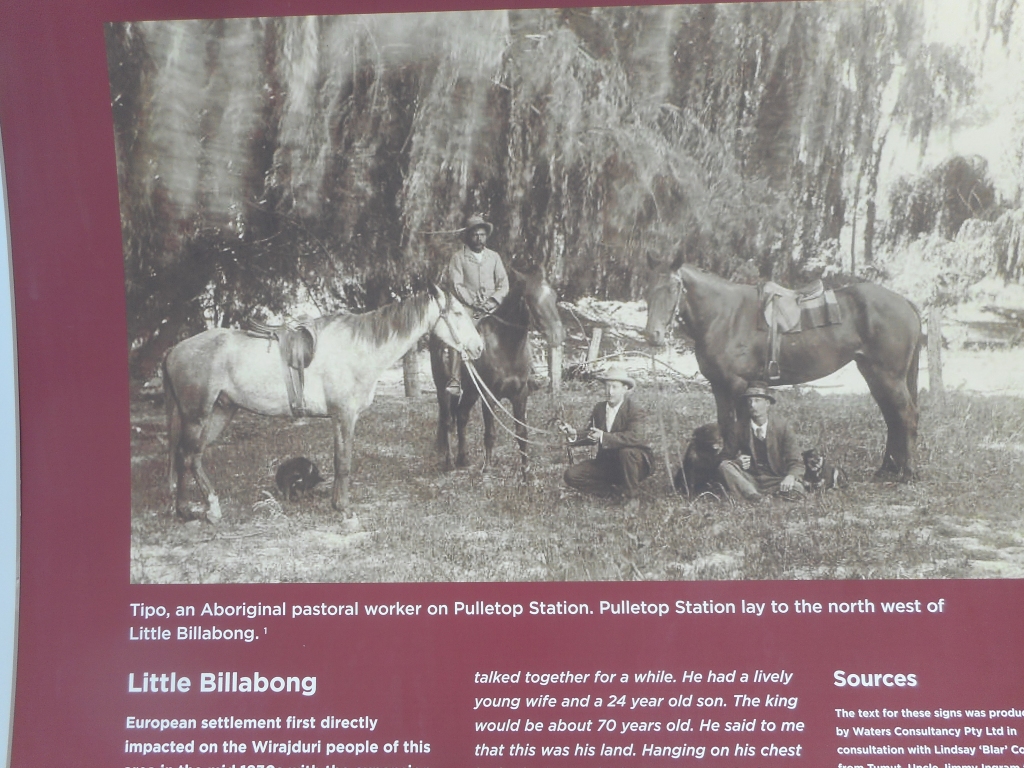