Today, 28th of April 2019, I had a look at several blogs of mine from a few years ago. Among others, I found a blog from the day after Alexander was born. I like this blog so much, that I cannot resist copying it and publishing it again. I hope some of my readers are going to like having a look at it too, even if they have seen it before! I think it is interesting, to compare the pictures of Lucas and Alex with their very recent pictures, and to also see Carter, their two year old cousin, who came to visit them the other week. What the boys look like now, can be seen in this recent blog of mine:

Yesterday, on the 27th of September 2014, Baby Alexander Robert, a brother for two year old Lucas, was born in Wollongong Hospital. Ryan and Ebony made it to the hospital barely an hour before little Alex was born. Twelve hours later they were already on their way back home, where the first family visits soon arrived.

Today, on Sunday, Caroline came from Sydney to see the new baby. Peter and I picked her up from Dapto Station. Caroline arrived on a rail bus. There were no trains today because of track work. Towards 3 o’clock in the afternoon Peter, Caroline and I could see  the new baby for the first time. He is such a sweetie! The baby had been born soon after midnight on Saturday. So this afternoon he would have been going towards forty hours, that means he is still less than two days old! It was great that Ebony was allowed to go home already. 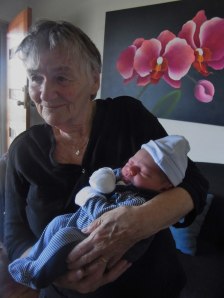 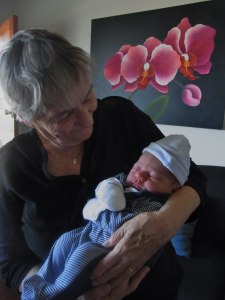 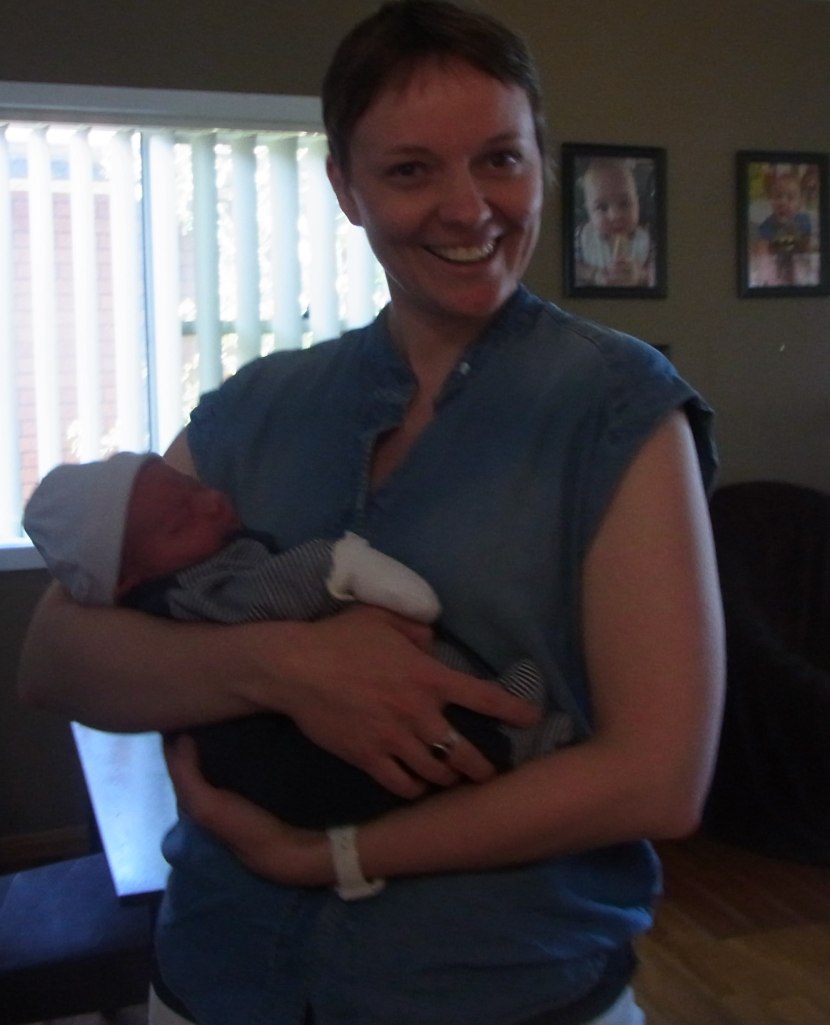 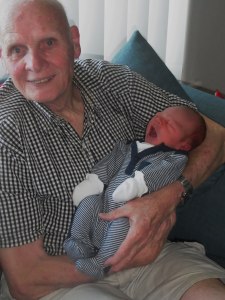 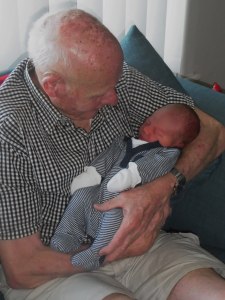 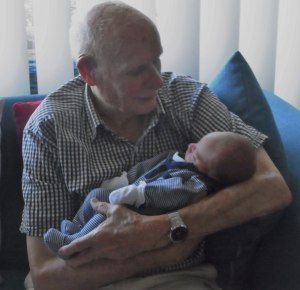 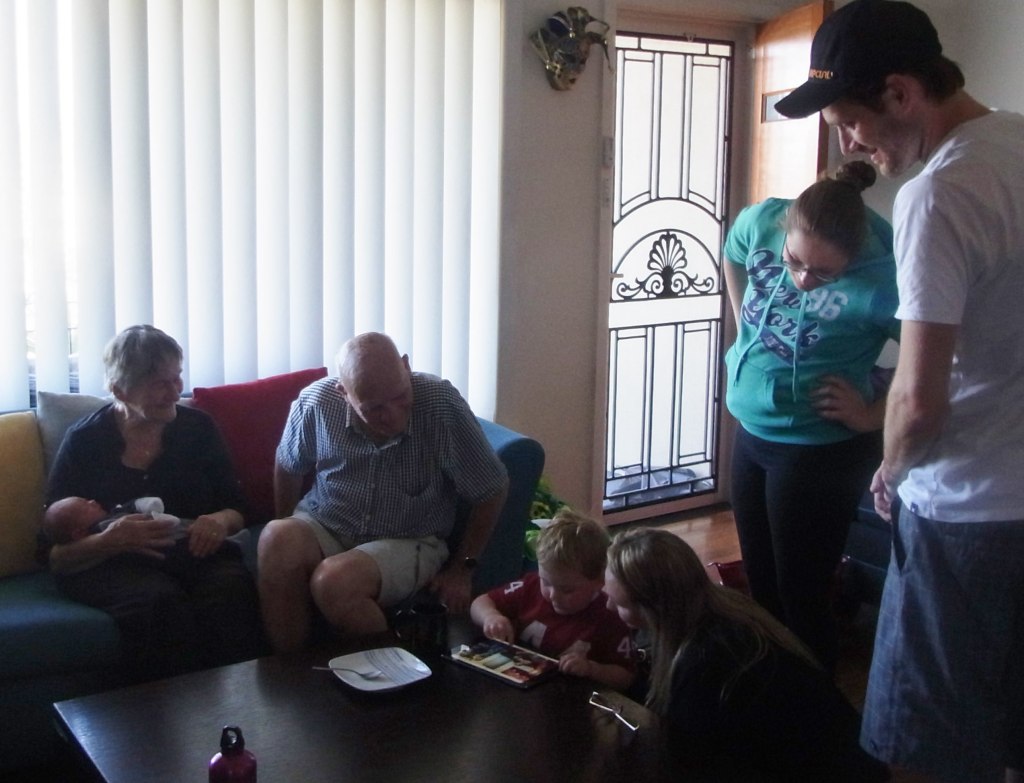 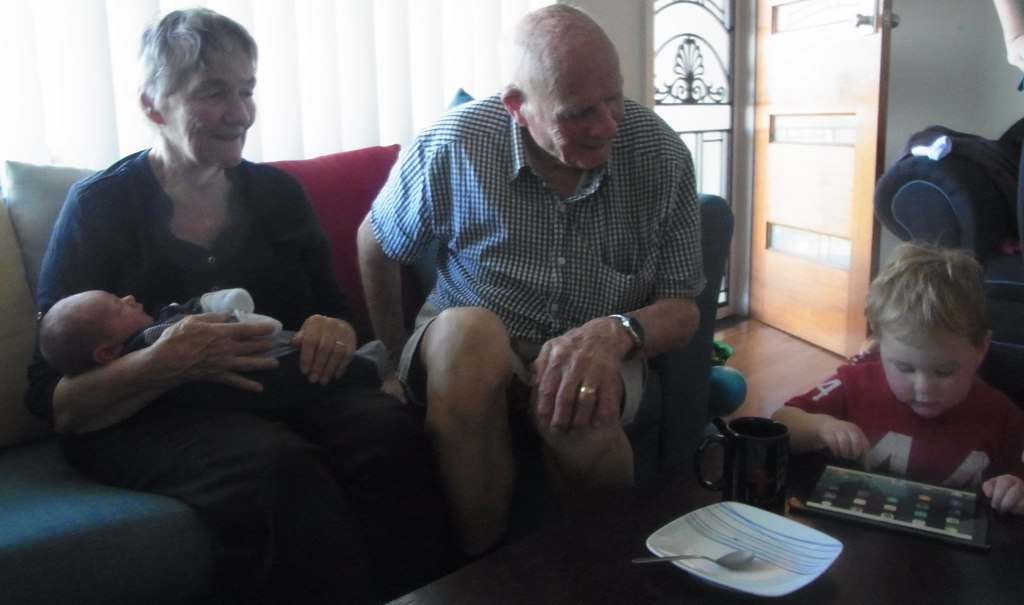 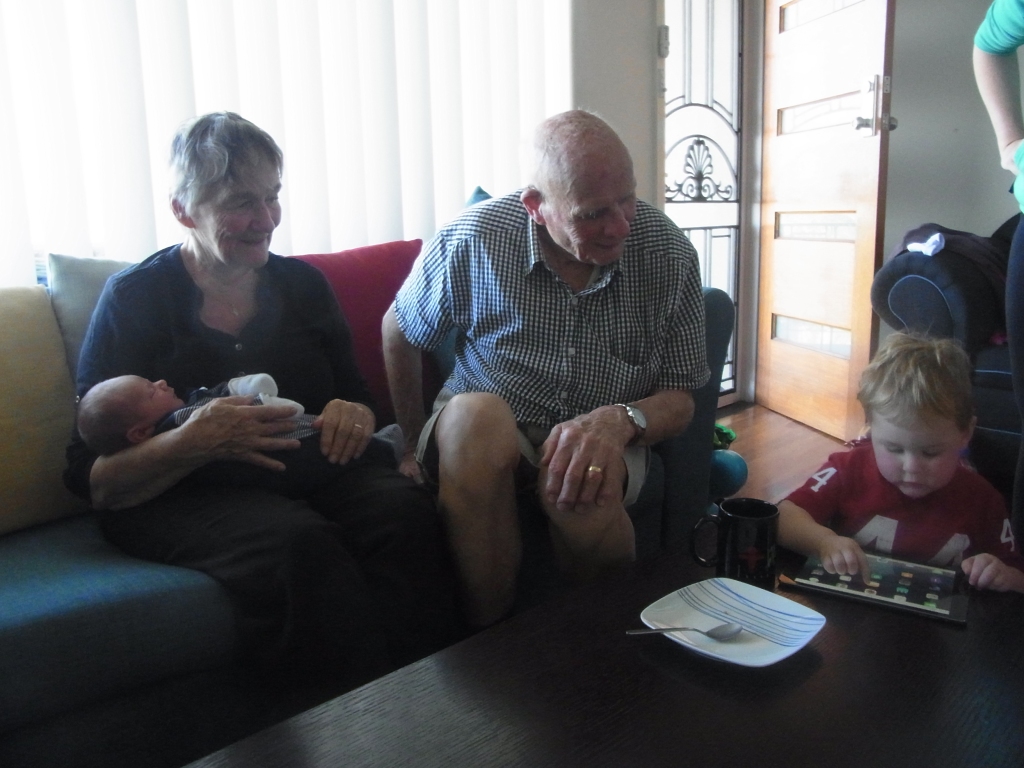 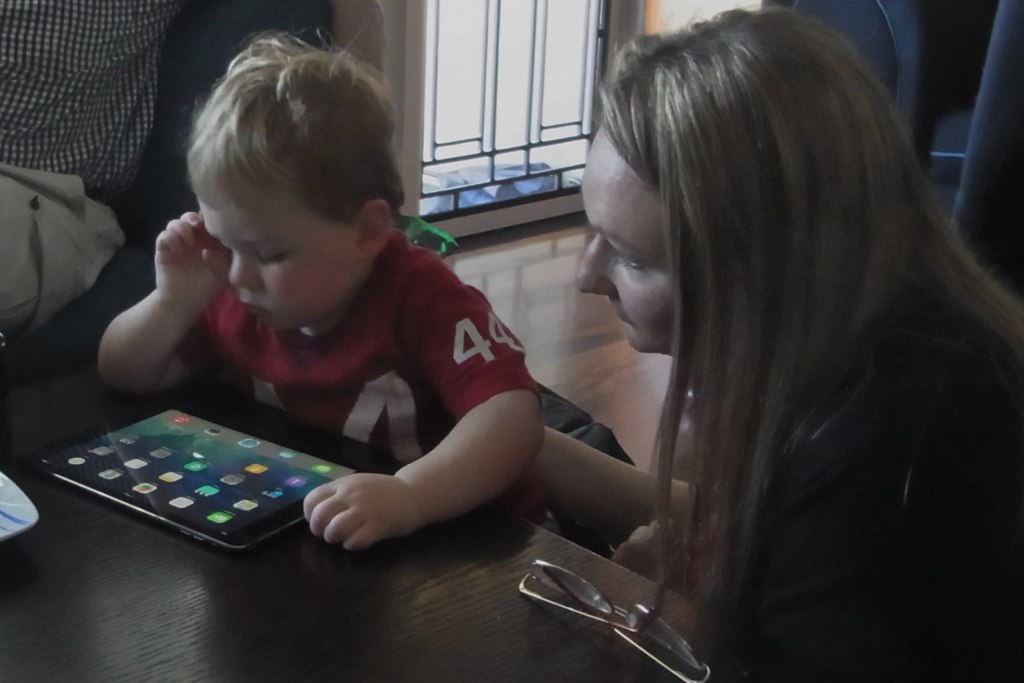 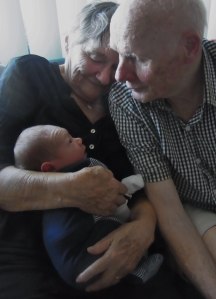 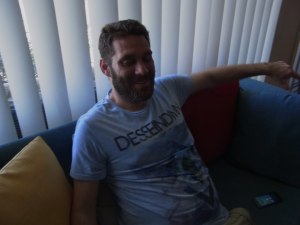 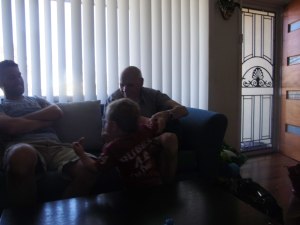 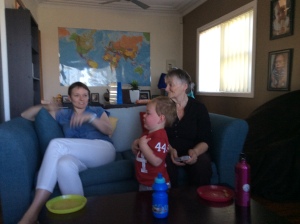 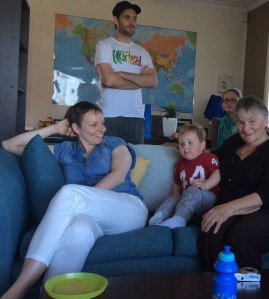 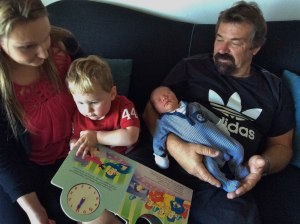 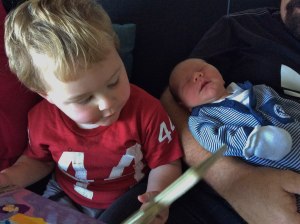 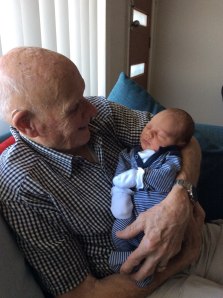 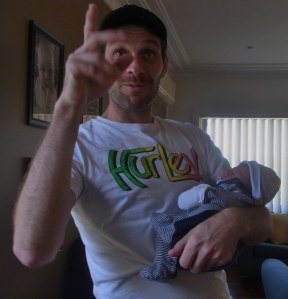 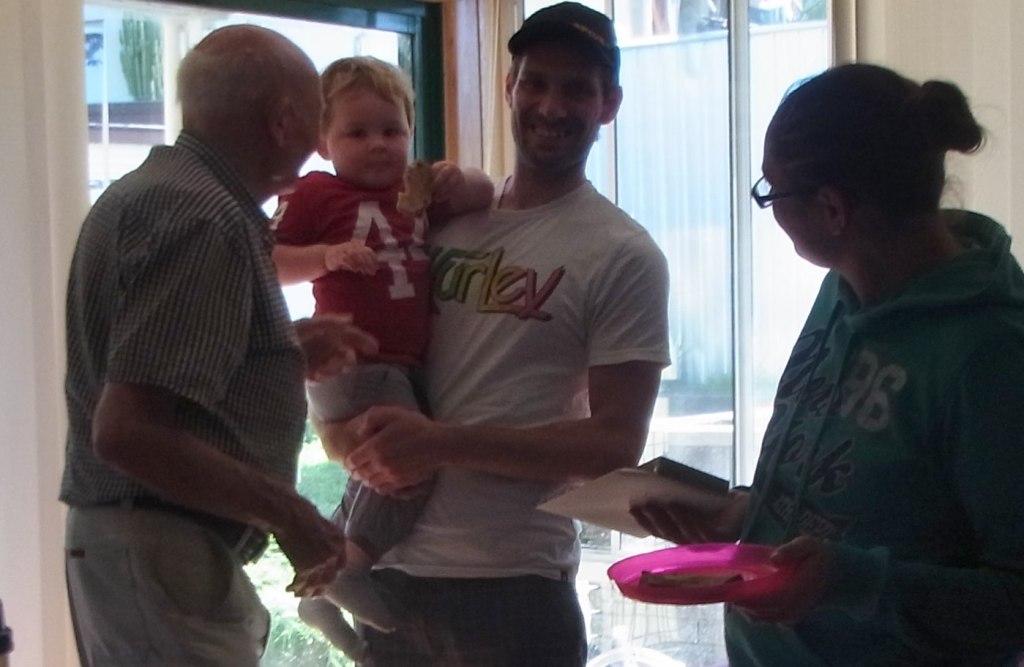 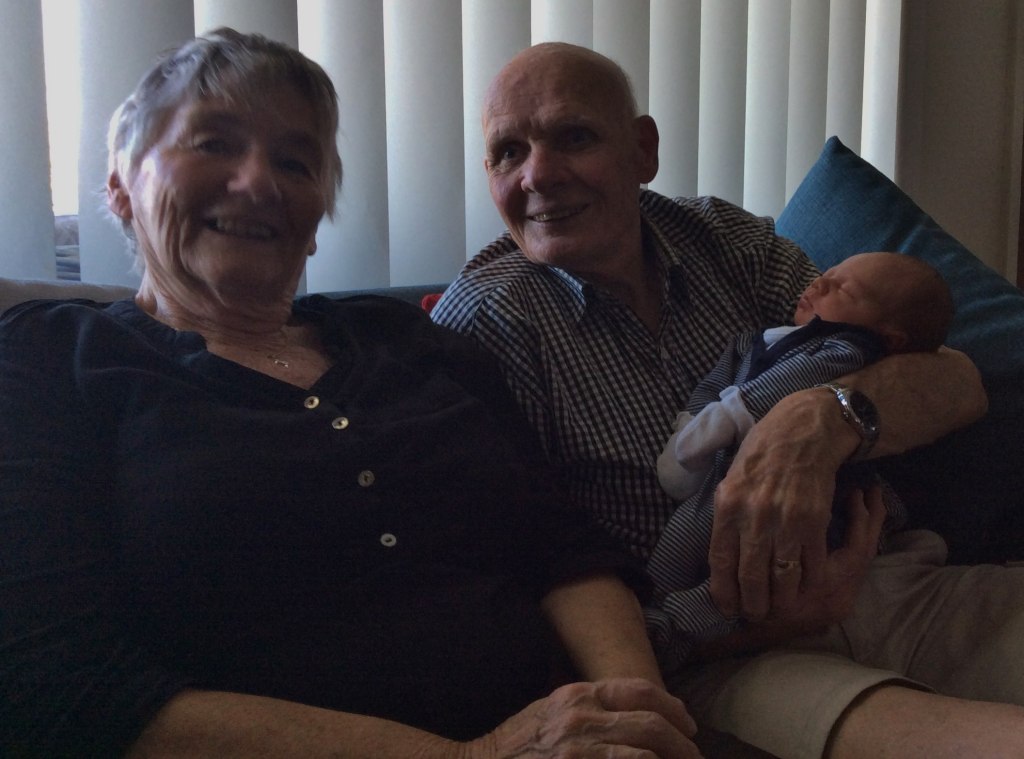 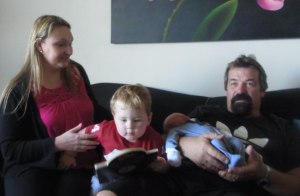 In the morning I had been going to church. I noticed some beautiful yellow roses and took some pictures of them after Mass. 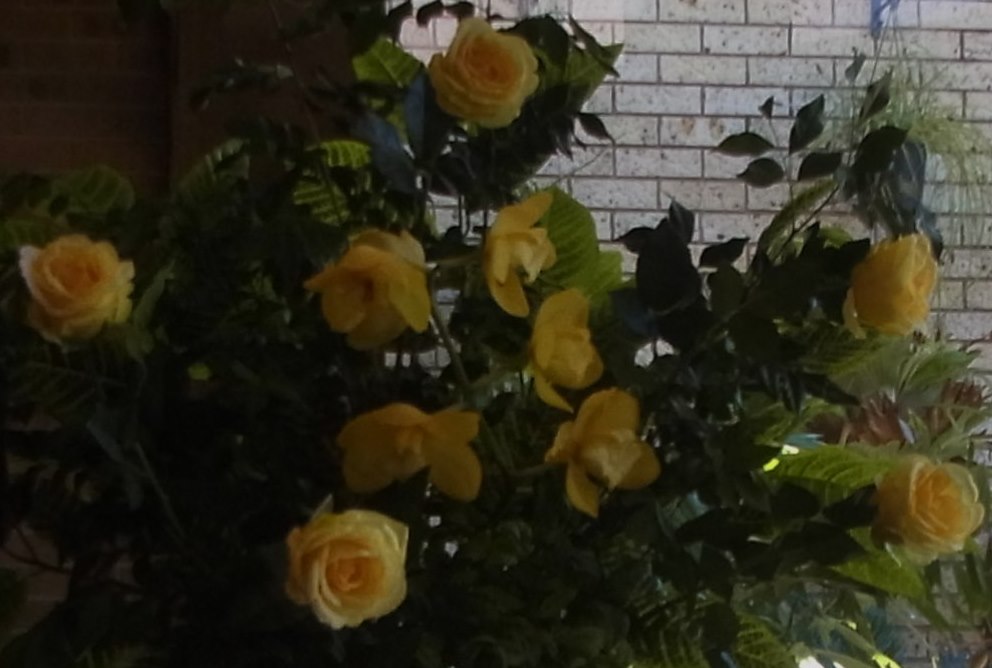 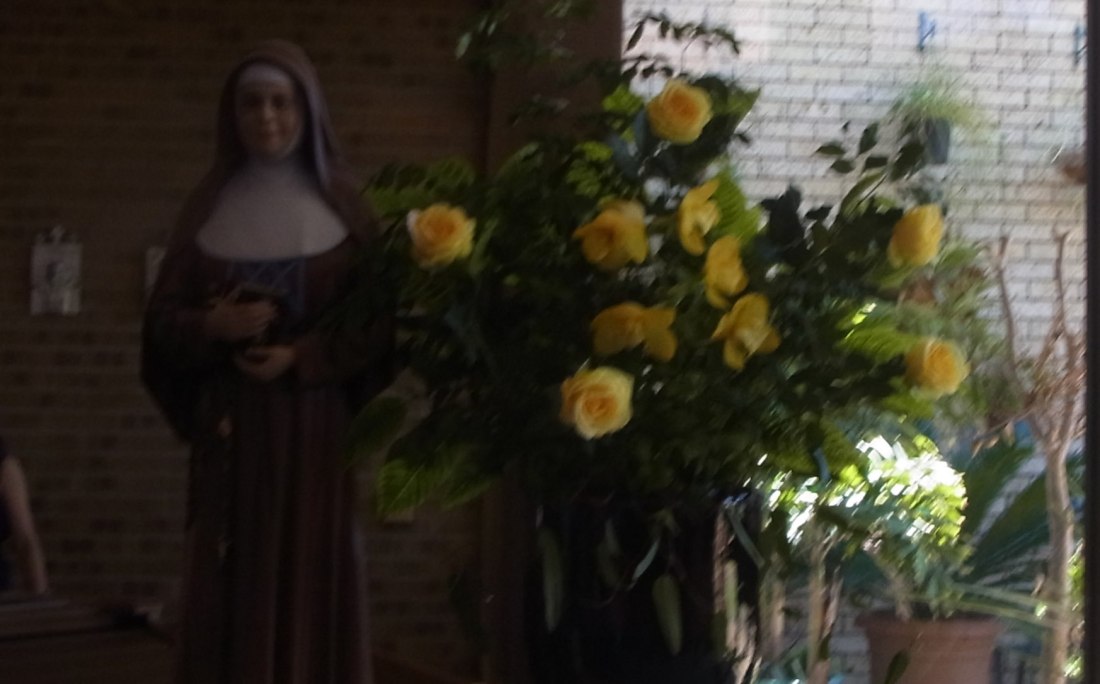 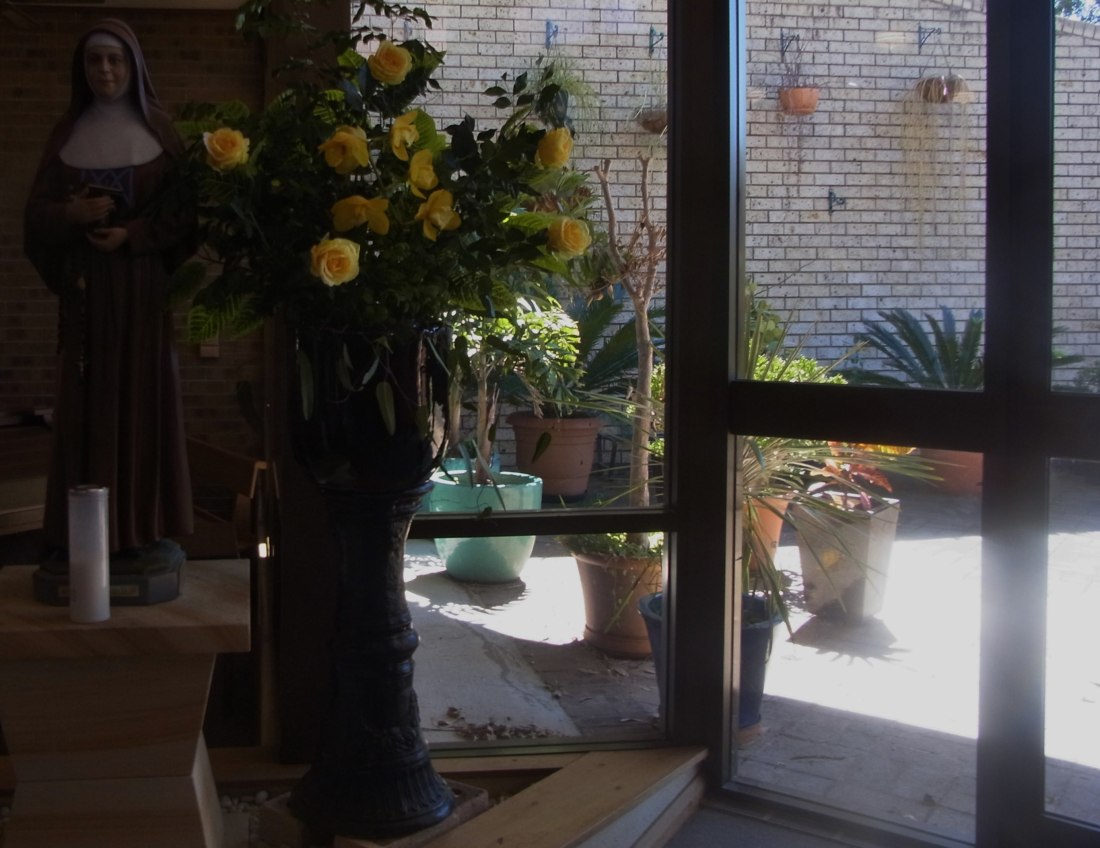 It was a lovely, balmy sunny morning. In the afternoon the temperature reached 28 Degrees Celsius. We felt that this was a bit like a summer day already. I have not been to the swimming pool for a while. If we have some more weather like we had today, I might have the courage to go for a swim some time soon. So far we had either clouds and a bit of rain or very strong winds. But maybe the next few days are going to be very pleasant. I hope so! 🙂