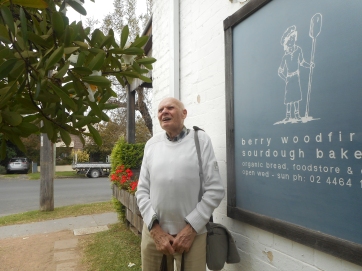 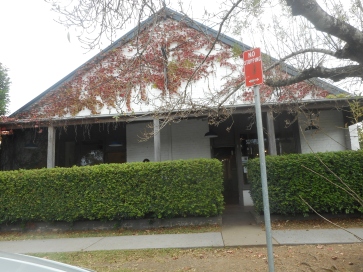 We were lucky the cafe was open today, Wednesday, the first of May. We had some good breakfast there and ‘bowls’ of excellent coffee. Then we drove a bit around the backroads of this small town called Berry. Our first stop was here:

“Anzac Day (/ˈænzæk/) is a national day of remembrance in Australia and New Zealand that broadly commemorates all Australians and New Zealanders “who served and died in all wars, conflicts, and peacekeeping operations” and “the contribution and suffering of all those who have served”.[1][2] Observed on 25 April each year, Anzac Day was originally devised to honour the members of the Australian and New Zealand Army Corps (ANZAC) who served in the Gallipoli Campaign, their first engagement in the First World War (1914–1918).” 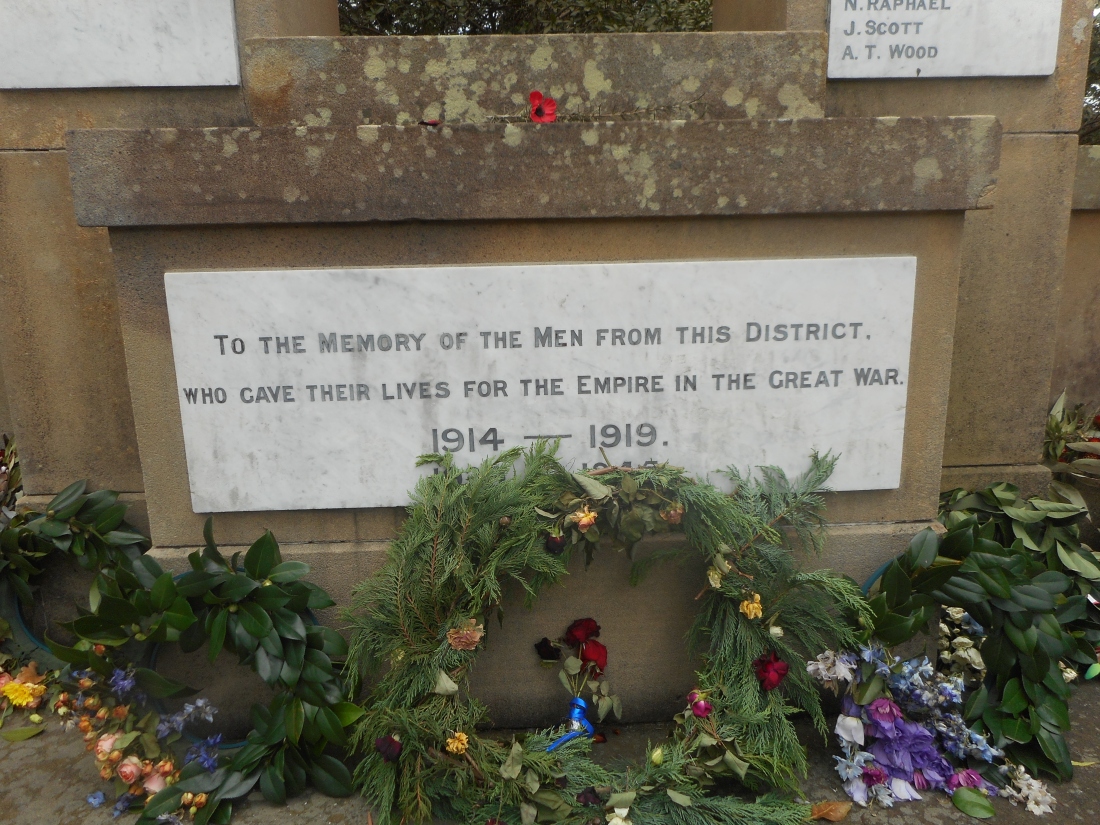 Berry Station is just down this road! 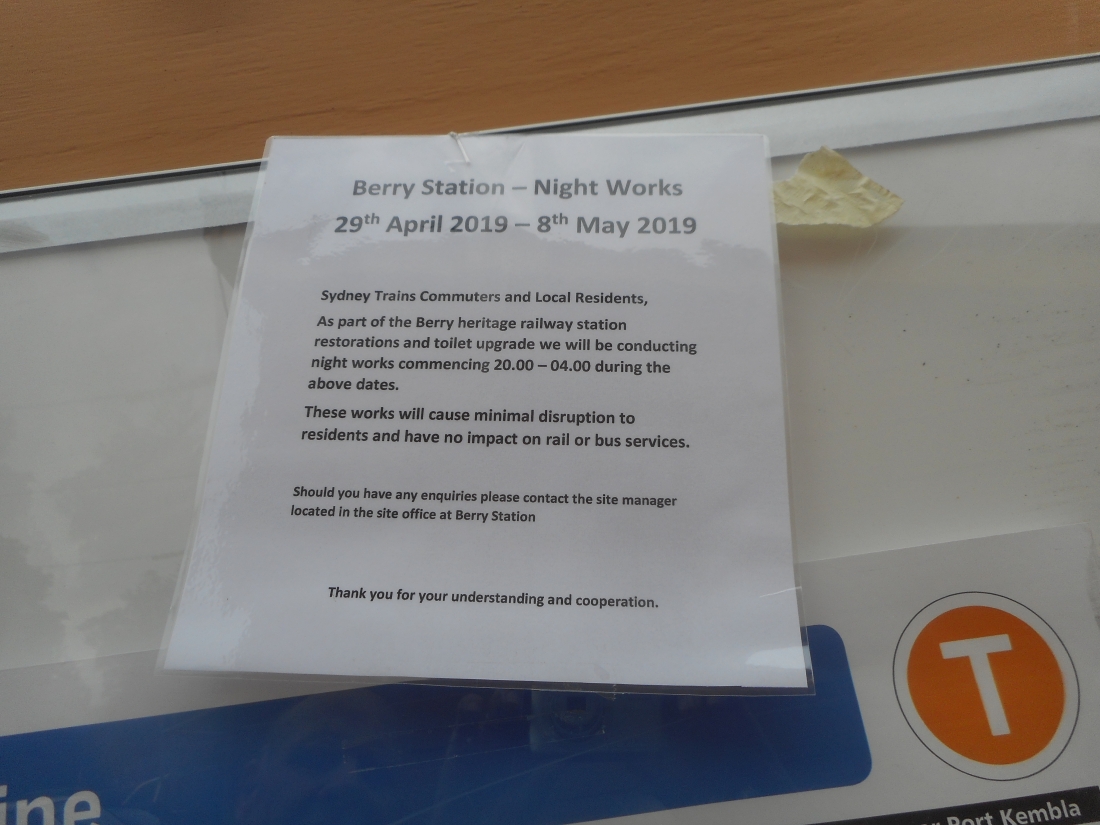 Our next stop was the Berry Swimming Pool that was closed for the winter months from April to November. 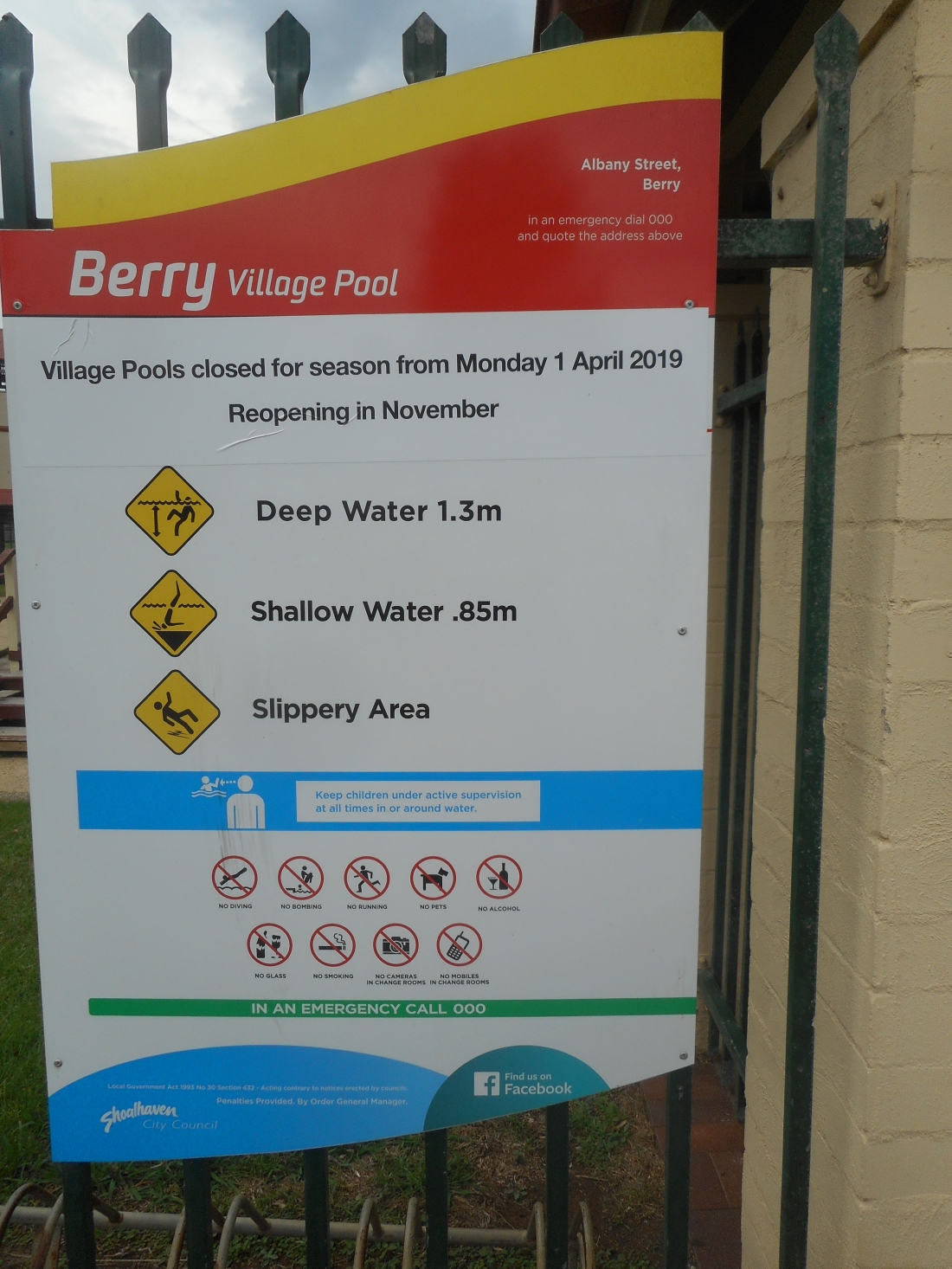 We passed this retirement village. We thought it looked quite interesting. 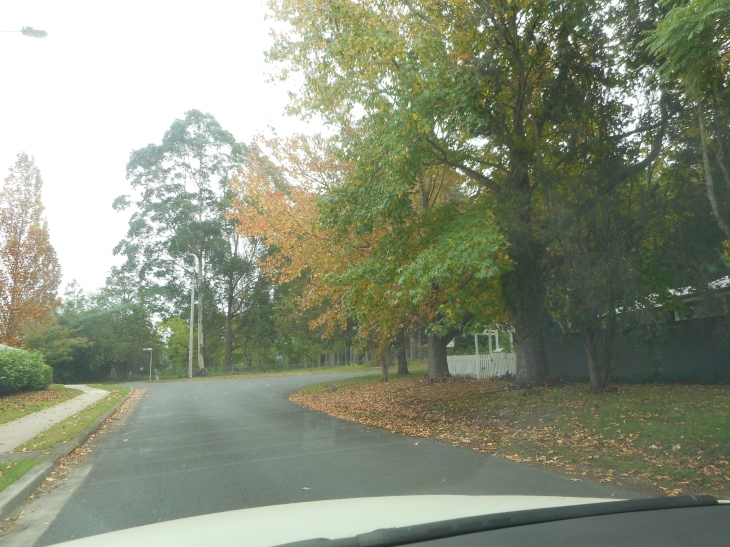 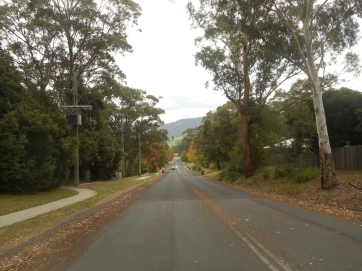 We took a few more street pictures in Berry and then drove on through Kangaroo Valley to the small town by that name.

Here is some Wikipedia information about this town :

“As of 2013, the small town has a variety of arts and craft shops, restaurants and cafes, a hotel, club, post office, supermarket and other businesses, including an ambulance station, general practitioner and a chemist.

Kangaroo Valley has a bus service to Nowra and Moss Vale. Priors Scenic Express also provides a long-distance coach service to Bowral, Mittagong, and Sydney as well as to the Shoalhaven and South Coast, as far as Narooma.”

We stopped at a very nice cafe in the main street.

Oh yes, we had not great difficulty pretending it was 1995!!

On the way home we stopped at the Robertson Pie Shop for a cup of refreshing tea and some delicious fruit pie.

Here is a link to a post Peter (Berlioz) wrote seven years ago:

Among other things you find the following in Peter’s post:

“The other day, on the First of May actually, we were enticed by the beautiful sunshine to drive into the country site. Not far from where we live, about 70 km is Kangaroo Valley. On the way there and back we passed through Berry, a town on the Princes Highway. It is “old charm” town where on weekends well to do people from Sydney come to visit and do some shopping for things that do not come from China, like craft work etc. . . .”

This is mentioned about the war memorial:

“When the Cenotaph was unveiled in 1921, a tree was planted for each of the dead along Alexandra Street, at the base of each of these trees a bronze plaque was set recalling the soldier to whom the tree was originally dedicated. . . .”

Peter also did mention in his post from 2012 the Cenotaph in Berry that we visited again today:

“We drove a bit further and suddenly saw the town’s Cenotaph erected for the fallen of the two World Wars. The floral tributes from the recent ANZAC Day were still to be seen. I realised then, that perhaps Berry represents, in equal parts, the modern and the old Australia, and the fallen soldiers are the connecting element of this duality. Without knowing it they gave their lives for just the Australia we have become. Migrants of the countries that were fighting in the Great War of 1914/18 are now here. . . .”

In my post from seven years ago I mentioned the Berry Sourdough Cafe in Prince Alfred Street:

” . . . we drove on to Berry where we had some pies for lunch. We also bought some cake at the Milkwood Bakery. This is a newly opened bakery in Queen Street. They are a branch of the Berry Sourdough Cafe in Prince Alfred Street, which is famous for very good breakfasts.”  So today, seven years later but also on the first of May, we did actually have breakfast at the cafe in Prince Alfred Street.

The above link is to a real lot of fantastic images to what is available at the Berry Sourdough Cafe!!

And now here is the link to another post Peter wrote seven years ago about our outing on the first of May:

This blog he started with these words:

“Early in the morning we heard a song about the Hampden Bridge and we thought why not go there today? It seems to be the right thing to do. First of May is not a holiday in Australia. But what the heck, our life is a constant holiday and we can go to the Kangaroo Valley, that is where the bridge is, any time we want. So off we went. The Illawarra is a beautiful part of NSW and we are proud to live here. . . . ”

Today we passed Hampden Bridge again, but did not stop there but drove on to the village of Kangaroo Valley.