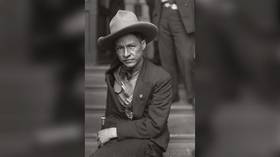 One thought on “Augusto Cesar Sandino’s rebellion against the US”