In this picture Peter and I are with all our four children. Daughter Caroline stands next to Peter. All five children of daughter Monika are in the picture too! Her very tall twin sons are eighteen, her two little daughters in the front are Natasha and Roxanne. Well, this was more than sixteen years ago!

This picture was taken at the beginning of September 1997,  a few days after our daughter Gaby’s 40th birthday! We all met for a picnic lunch at Central Park in Merrylands near Gaby’s and David’s home. David, Gaby’s carer, stands in the middle of the photo behind Gaby’s wheelchair. Our son Martin (who’s holding onto the wheelchair) lived in Newcastle at the time and had come to Sydney to see us all. Merrylands is a Western Suburb of Sydney. The Central Park there is a very popular recreational place.

In the picture below Troy, who is one of the twins, walks with his girlfriend.

Ryan, the other twin, as well as Caroline, Martin and David presumably walked ahead.

However one of them must have taken this picture, right? Maybe Caroline? 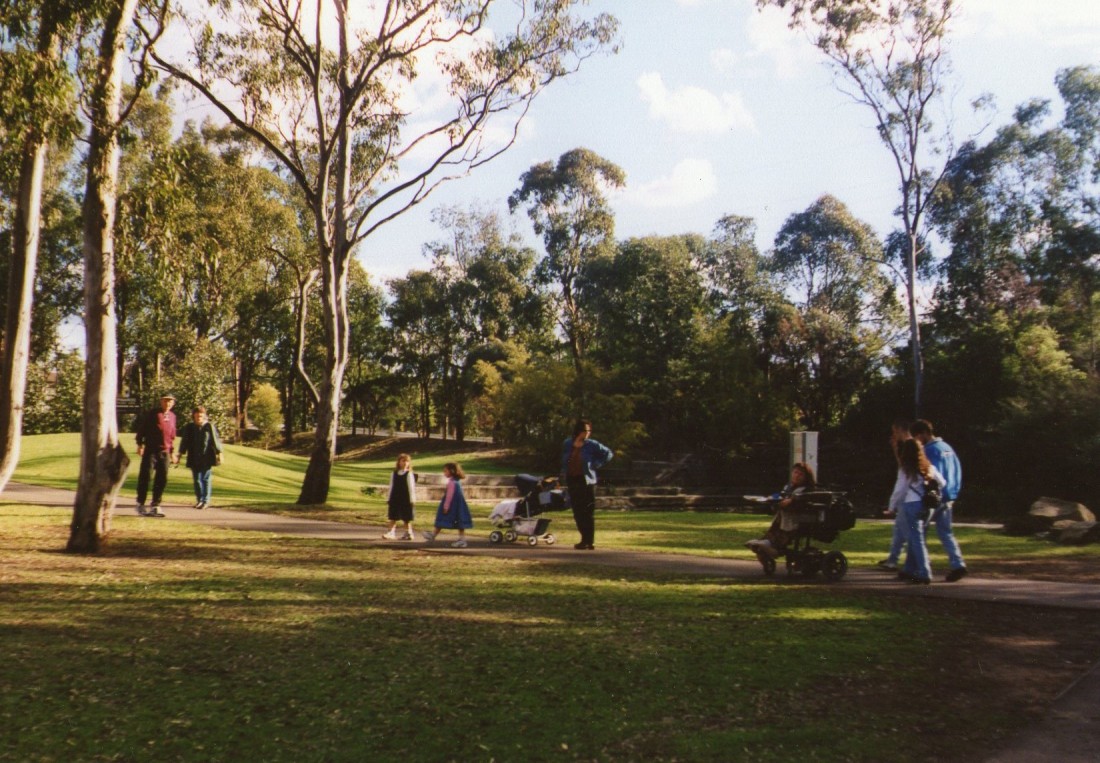 After our picnic lunch we all walked right through the park towards the little waterfall. It looks like at the time there was still quite a bit of water to be seen. Sadly,  after a few years without much rain, there was no water left in this area. When we took a picture there two years ago, everything looked completely dry. Maybe in the meantime the water situation has improved somewhat. We should go there one day and have a look.

6 thoughts on “The Hannemann Family in Australia in 1997”