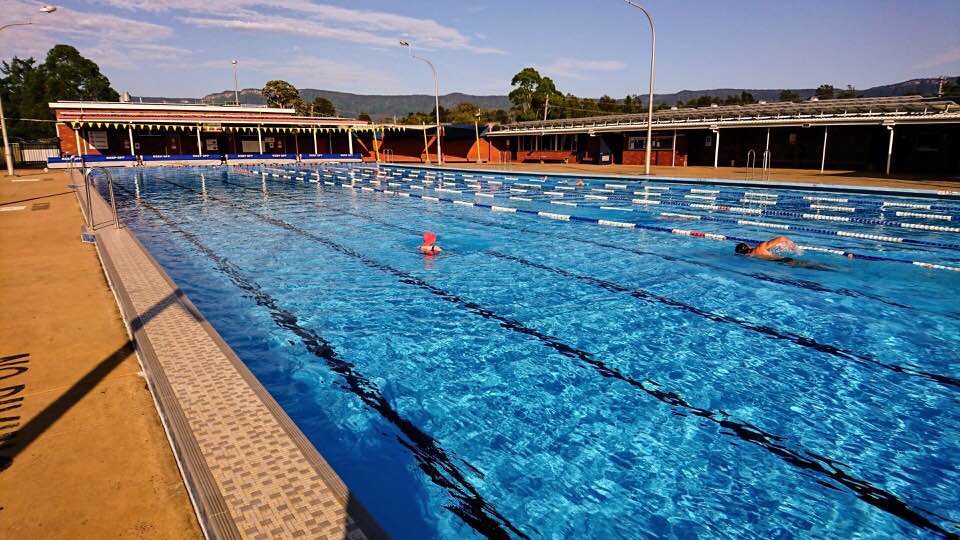 Last month we had many very warm days. There were plenty of opportunities for me to dip into some water. I enjoyed this very much! I think the following picture was taken on Thursday, the 24th of Jan 2019. We met Monika with little Carter  (2) at Dapto Pool. And a bit later Ebony joined us with Lucas (6) and Alexander (4).

So, it is February now. After a few very hot days when the temperature went up to close to 40C, it is all of a sudden remarkably cooler. We even have quite a bit of rain today.

A couple of days ago, on Thursday, we spent quite some time in Stockland Shellharbour. Peter was able to settle the payment that occurred due to the car accident from the other week. The lady at the NRMA branch office was extremely helpful. To visit the bracnh office was a good idea. Communication was so much better than on the phone. It would have been too difficult for Peter to settle everything on the phone. Being in the Stockland Shellharbour Shopping Centre on that day, had also the advantage that we had air-conditioning. I mean it felt pleasantly cool in the Shopping Centre, whereas outside we had 39C on that day. However later in the afternoon the temperature dropped by about 20 degrees, and there were some strong gusts of rather cool wind!

We had some coffee in the Shopping Centre. And we bought grapes, peaches, honeydew, sprouts, some lovely stone baked sourdough bread plus a lot of other things in a huge fresh food store.

Now I still want to mention a few things about the accident. In that area in front of the Stockland Shellharbour Shopping Centre, where the accident occurred, there should perhaps be some speed restrictions. That would make it much easier for people to line up in the correct lane. So there are two lanes. One leads accross an intersection straight ahead, the other one also leads to the intersection with traffic lights and with the possibility to turn off right to another intersection with traffic lights. We wanted to go straight ahead. We had come from ALDI furter down on the right side. With no problem at all Peter joined the right lane where a lot of cars had piled up. They were all standing waiting to be able to move to the intersection. There were no cars in the left lane which Peter wanted to join for he had planned to go straight ahead when crossing the intersection. Peter looked whether there were any cars coming from behind on the left lane. There were no cars. So he indicated he wanted to turn into the right lane. Maybe this is where his mistake was. I mean he would never change lanes without indicating. I am sure this comes automatically. But why not first indicate and then look whether the lane was clear? It is possible that he indicated  a f t e r   he looked back and then proseeded rather slowly but without looking back again. In the meantime a car bumped into him that definitely had not been going slowly for in front of that car there were no other cars. If that cardriver had been able to see Peter’s indicator, she would probably have slowed down. But apparently for some reason she had not been able to see Peter’s indicator and Peter had not seen her approaching. Peter thought it was best to admit his fault and pay for part on the other car’s damage. The NRMA insurance comes up for the rest if the damage is such that there is more to pay. We think the door on the other car probably needs replacing.