I, Uta, think, that this is a very interesting article! 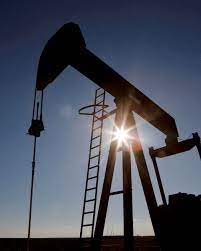 The “Russians killing Ukrainian civilians” fake news factory is still going strong, but sooner or later this story will have to be phased out and some new mass media obsession will be needed to distract the distraught masses from what’s actually happening. What shall it be? Central Park squirrels with bubonic plague? Hunter Biden’s sex change operation? A baby that fell down an oil well?

Joe Biden, tottering on his spindly legs, flew off to Europe to preach unity in the face of Russian aggression in the Ukraine or some such. That was the plan, but then Putin changed it by announcing that Russia will only be selling natural gas for rubles. Coming on the heels of Saudi announcement that it will start selling oil for yuan (a quarter of its exports goes to China) this didn’t sound like good…